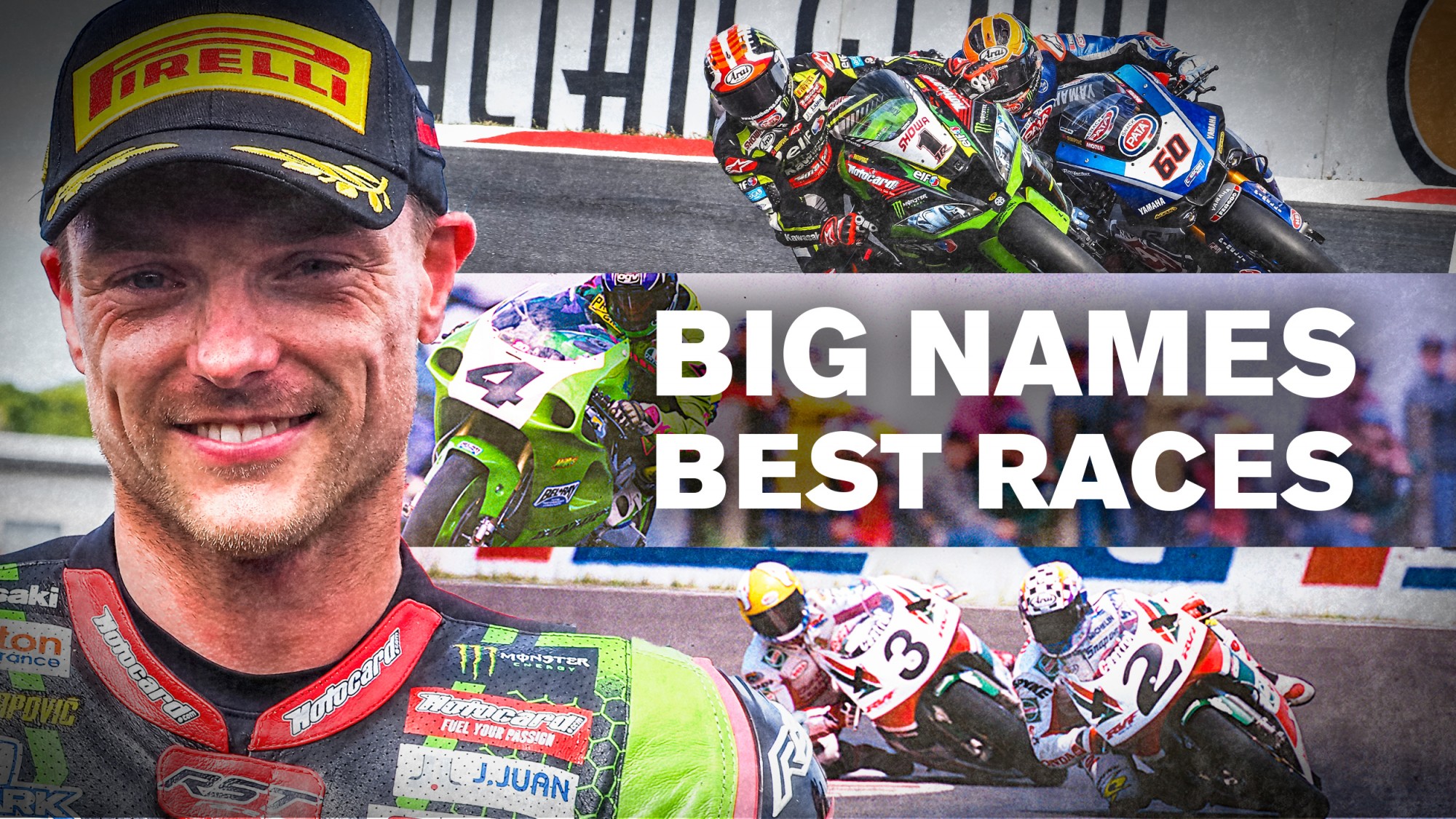 Lorenzo said Sentul Race 1 from 1997 was his favourite race, a titanic three-way battle between John Kocinski, Aaron Slight and Carl Fogarty. Lorenzo said: “I liked Fogarty a lot. And I remember one race in Sentul, in Indonesia, between Kocinski and Slight, both with the Castrol Honda. It was a very spectacular race until the last corner.”

“I changed team to Kawasaki Racing Team, so I had a lot of excitement before the race and then the race itself was such a fun race. There were battles all the way through the race, lots of battling but the bit I enjoyed the most was the last three or four laps. Everybody was fighting for positions and it was so many riders that could potentially win the race, so it was really exciting to be part of this race. You know, every time you make a change in teams or a change in life, you always remember the first steps. This was the first step in green for me and the race was such a good battle, a strong fight and an enjoyable race. This was so far my favourite race but hopefully during the next three seasons we will have many more fantastic races.”

Australian MotoGP™ rider Jack Miller said Phillip Island Race 2 from 1996 as his favourite race because of the sensational on-track action. He said: “I am a big fan of WorldSBK but to pick one in particular… Ah I know! 1996 in Phillip Island with Slight, Edwards, Anthony Gobert, and Carl Fogarty as well. But Gobert beat them in both races and it’s incredible to watch the passes because his bike was very slow but every time he passed at the same spot.”

WorldSSP and Moto3™ Champion Cortese (OUTDO Kawasaki TPR) explained that his favourite race was the Tissot Superpole Race from Misano 2019 as he started from the front row and looked good for a podium. He said: “My best race ever? I think my best result was sixth place in Jerez, and I loved Phillip Island as it was my first race last year. And Misano, even if it was for me not the best result but starting from the first row, leading and I was second until two laps to the end for the Superpole race was of course my highlight.”

Ana Carrasco (Kawasaki Provec WorldSSP300) selected Magny-Cours Race 2 from 2019 as her favourite race as Jonathan Rea (Kawasaki Racing Team WorldSBK) won his fifth consecutive Championship. She said: “My favourite race of Superbike is Race 2 of Magny-Cours 2019 because Rea won the championship unexpectedly. I remember I was warming up for my race, but I was so nervous during his last laps and see him winning the tittle motivated me a lot for the WorldSSP300 race.”

You can check out Volume 1, Volume 2, Volume 3, Volume 4 and Volume 5 of this series for more classic races!