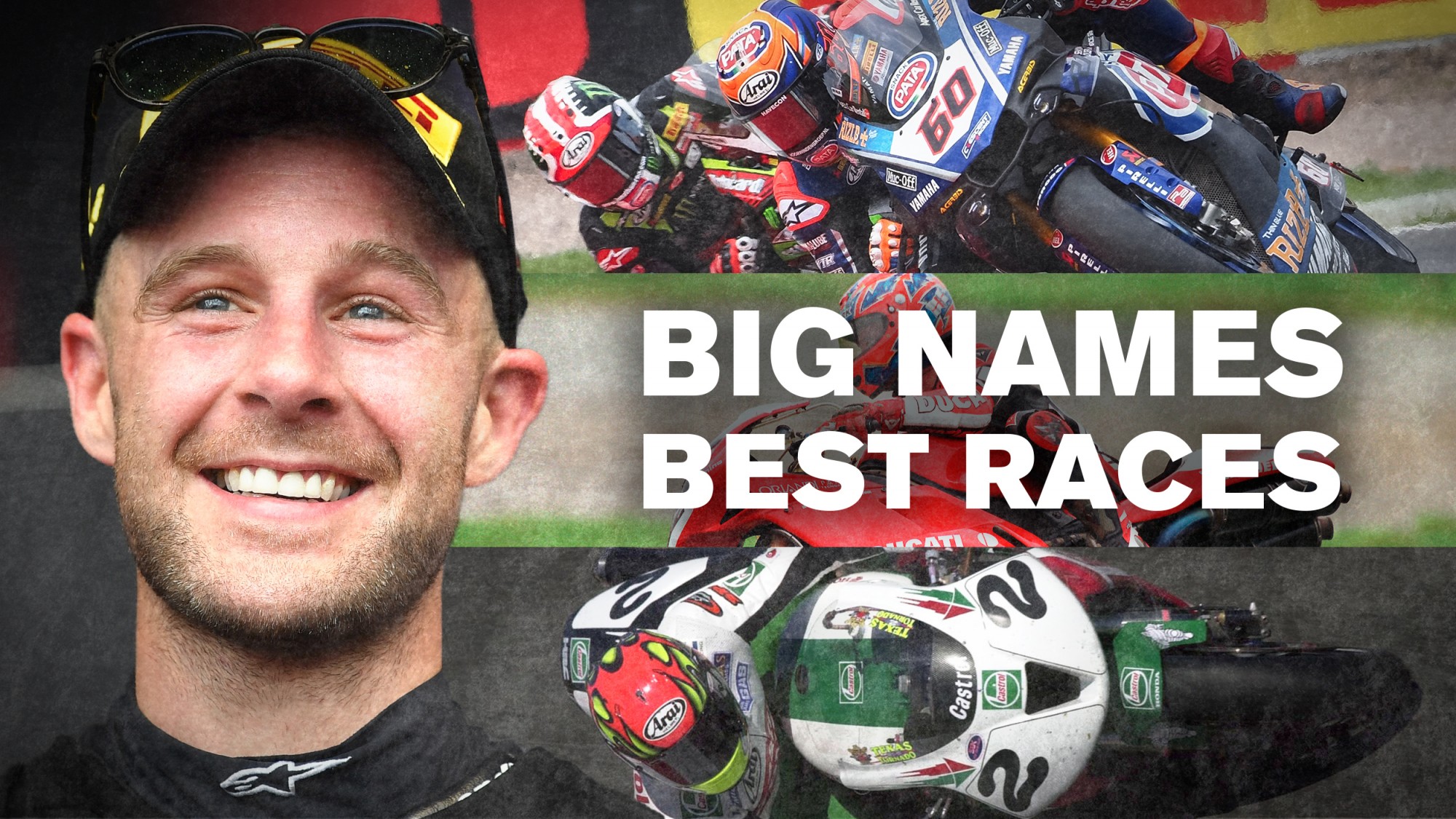 Champions James Toseland and Jonathan Rea are just two of the names declaring their favourite races in WorldSBK history and YOU can watch them!

In a series of articles, the MOTUL FIM Superbike World Championship is asking paddock personalities for their favourite races in WorldSBK history and making these videos available for the fans to enjoy these exciting, drama-filled duels. From vintage favourites to modern classics, these encounters will appeal to a whole host of WorldSBK fans.

Five-time Champion Jonathan Rea (Kawasaki Racing Team WorldSBK), explained how his favourite race was from the Qatar Round in 2019. Rea claimed three victories at the Losail Circuit last year, but expectations were lower as Rea explains: “My favourite race was Qatar and Race 2 last year. Basically, because we had a tough race there the year before. It has a long straight and with the speed of the Ducati, my expectation wasn’t super high, but we managed to dominate the weekend and race through the final race of the season. I went all in and to win the last race of the year makes the winter a lot easier.”

James Toseland’s favourite race was from 1998 with the selection of Assen Race 2. Toseland was new to the WorldSBK paddock having made his Supersport World Series debut that year (now the FIM Supersport World Championship). The race featured a battle between Pierfrancesco Chili and Carl Fogarty, with Fogarty taking victory and Chili crashing at the last chicane. Toseland said: “One of my memorable races in SBK® was Assen 1998 (Race 2). It was an amazing battle between two of the greatest WorldSBK riders, Pierfrancesco Chili and Carl Fogarty. I was 17 and it was my first year in the WorldSBK paddock. Chili and Fogarty were battling hard for the Championship this season and neither of them were giving in! It was an epic battle!”

Paul Denning (Team Manager – PATA YAMAHA WorldSBK Official Team) said his favourite race was Donington Park Race 1 from 2018. It was a rollercoaster weekend for Denning and the Yamaha team with race winner Michael van der Mark spending part of the weekend unwell and missing out on FP1 due to the weather. Denning explained that it wasn’t just the win that made him remember the race: “It was Mikey's first win for us and Yamaha's first win since the 2016 comeback. Michael came from his customary poor grid position, rode through the pack like it was easy and won with a decent margin in the end.

“But it was Alex's reaction, having led for many laps and obviously feeling gutted not to have been Yamaha's first winner and won his own first WorldSBK race, that made the difference – he stopped on the slowdown lap, gave Mikey a big hug and was genuinely pleased for him and the team. This made me realise what a strong team spirit we have at Yamaha. Mikey also won Race 2 to do the double, then we went to Brno and Alex won his first race with Mikey behind to give us our first 1-2. So, Mikey's Donington win was the start of some good things for the team...”

Former MotoGP™ rider Mika Kallio selected the WorldSSP race from Qatar in 2018 following the success for his brother, Vesa, who owns Kallio Racing. It was a race Mika attended and where Kallio Racing won the WorldSSP title with Sandro Cortese. Mika explained: “It is really difficult to pick one certain race, but the time around late 1990s and early 2000s is the time when my favourite race riders competed. In 1997 I started racing myself and one of my favourites, John Kocinski, won the Championship that year. Other great riders of that time which I liked were Fogarty, Aaron Slight, Scott Russell and Chili. A few years later, the two Championship titles of Colin Edwards were memorable and later it was a great moment and honour to race against him in MotoGP™. Nowadays I follow closely World Superbike and World Supersport, since my brother Vesa runs a team there, Kallio Racing. In 2018, we were in Qatar and were able to witness live when Kallio Racing and Sandro Cortese took the Supersport title in the season finale, after an unbelievable race. That moment will be in my memories forever.”

For journalist Max Temporali (Sky Sport Italia), the race selected was Monza 2000 Race 2 with an epic six-rider battle for the win featuring Colin Edwards, Chili, Akira Yanagawa, Troy Bayliss, Noriyuki Haga and Troy Corser. In the end, it was a showdown between Edwards and Chili on the last lap. Temporali explained how the Tissot Superpole Race from Phillip Island 2020 reminded him of Monza two decades earlier: “Races decided on the last lap are the best, but overtaking at the last corner remains in the heart and history: this is why the Philip Island 2020’s Superpole Race for me is so special. Rea’s overtake at Turn 12 on Razgatlioglu is unprecedented. He’s done something magic, guided by unique determination and crazy talent. People remember Jerez last turn’s race finals, a 70-80 km per hour corner, but Philip Island’s last turn is a 200 km per hour turn. It’s been a race ended with three riders in 0.072 and reminds me of Monza 2000 with a six-rider sprint: Bayliss, Corser, Chili, Yanagawa, Haga, Edwards. In World Superbike history that's the race I remember with most emotion because I was there; a live overtake is like Christmas magic.

You can check out Volume 1 of this series HERE, and be sure to check out who votes for which races in Volume 3!