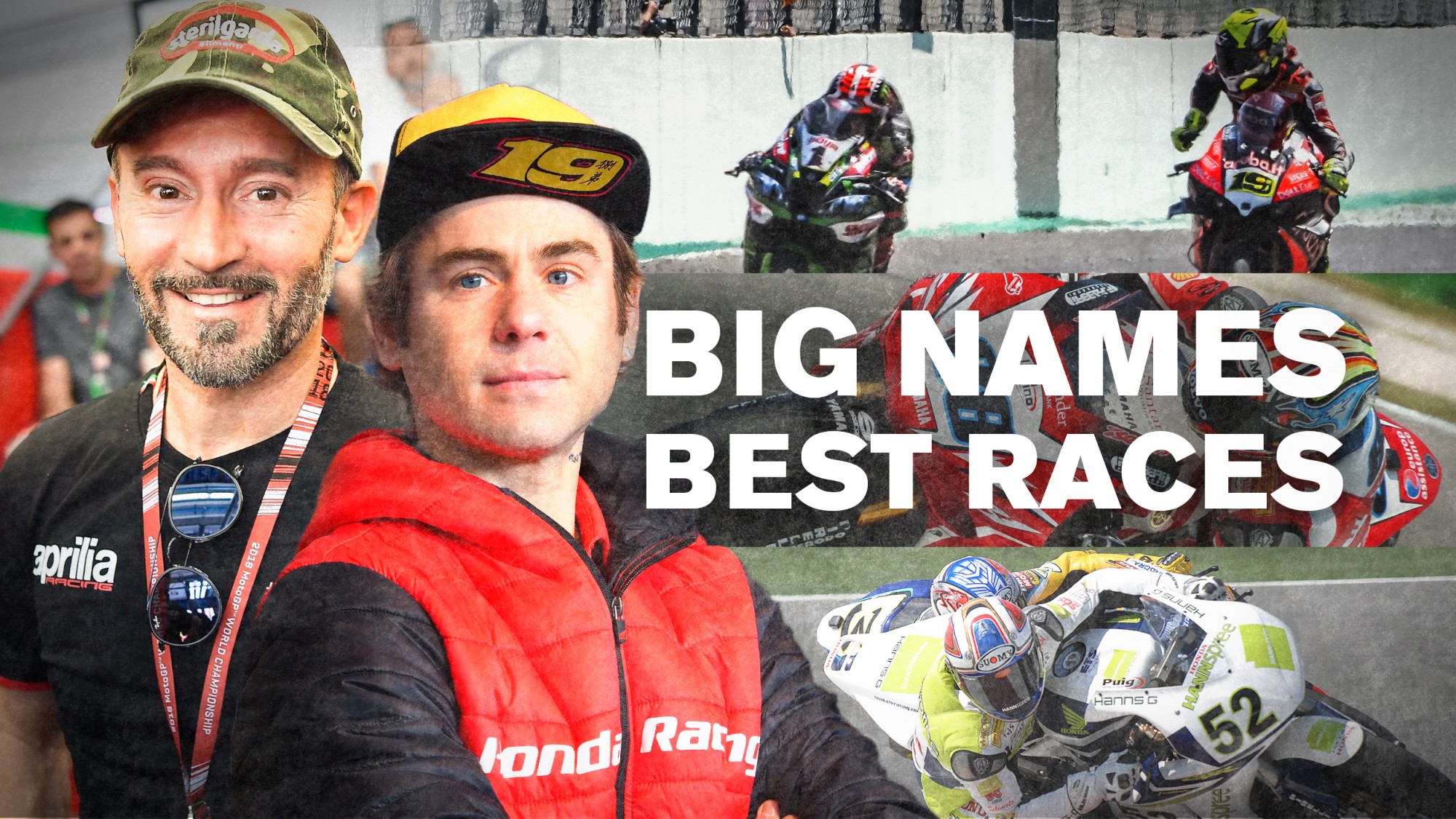 Race winners, podium finishers and Championship-winning Crew Chiefs explain their favourite races for YOU to watch

In the latest article from the favourite races series, five more MotoGP™ and MOTUL FIM Superbike World Championship personalities discuss and explain their all-time favourite WorldSBK races in history. This week, five people who have worked in both WorldSBK and MotoGP™ select their favourite races that will be made available to fans to watch.

Two-time WorldSBK Champion Max Biaggi selected Qatar Race 1 from 2007 as his favourite race. Having made the switch to WorldSBK for 2007 following a year out of racing, the Italian started the season perfectly as he explains: “For me the best race was Qatar 2007 because after one year out of any race competition I was back in the new category (WSBK) and to win right away (with pole position, race victory and fastest lap). A great emotion that bring me in this new category, which I love.”

Alvaro Bautista (Team HRC), who won the 125cc World Championship in 2006, selected Race 2 from Portimao in 2019 as his favourite. Riding with an injury, Bautista rode through the pain barrier all weekend but managed to pick up a fourth place in Race 1 before a stunning victory in Race 2. He said: “One of the best races for me in WorldSBK was Race 2 at Portimao in 2019. It came at the end of what was generally a difficult weekend due to my shoulder injury, and after Race 1 where I had to recover after swerving off the track and use up a great deal of energy to finish fourth.

“On Sunday I was a little tired, because of the injury. Starting from the back, I was able to charge back up through the field to take the lead, and I just kept pushing and giving it my all because I didn't know when I would run out of strength and I wanted the race to be over as quickly as possible. By the last two laps, I simply couldn’t take it anymore. But I managed to get to the finish line and won the race by a small margin.”

WorldSBK race winner Andrew Pitt, who also competed in MotoGP and is now Crew Chief for Michael van der Mark (PATA YAMAHA WorldSBK Official Team), selected his WorldSBK race victory as his favourite race – Misano 2006 Race 2. Pitt explained: “Misano was like a home race for the team and it’s Italy, so the fans were out in force. Fitness was a big factor in the race, and I’d worked hard that year. It was my first WorldSBK race win and the first for the team that year. We’d put in a lot of work to develop the bike and the electronics, so the win was a fitting reward for all our efforts.”

For ten-time WorldSBK podium finisher Simon Crafar, Sugo 1997 Race 2 was selected as his favourite race. Crafar, who now works as a MotoGP pit lane reporter, explained that it was the will and determination that made him select it: “You might expect my favourite race to be some epic battle between a lot of riders or maybe my first podium in 1995. But it’s none of them, it was Sugo 1997 and from the outside it would probably look quite boring but from the inside it was an epic battle of will and determination, mentally and physically.

“It was always going to be down to Nori Haga and Akira Yanagawa for the win. They were on fire. They were the local boys, local knowledge, factory bikes and great riders. It was down to the rest of us to fight for the last spot on the podium. There was a hard fight for the last spot of the podium. Race 1 early on, I found myself in third position. Haga and Yanagawa were fighting at the front and John Kocinski was behind me. Trying to keep him behind me, I knew if I made one mistake, it was over, and I’d lose that last spot on the podium.

“That was such a long race, doing everything perfectly, no mistake, fast enough to keep him behind me. I managed it and when I stood on the podium, Akira had retired from the race, and so the last spot on the podium was Kocinski. He stood next to me; you know we looked at each other… I am sure he knew what he put me through, and I was proud to know what I put him through.”

Silvano Galbusera (Yamaha Factory Racing Test Team Crew Chief) explained how Monza Race 2 from 2009 was his favourite race after a rollercoaster weekend. Galbusera, who was Crew Chief to Ben Spies in 2009 when he won the WorldSBK Championship, and also to Valentino Rossi in MotoGP™ from 2014-2018, said: “My favourite WorldSBK race from anytime is definitely Monza 2009. I can’t remember any other race, from anytime, with such a bitter-sweet flavour… On Saturday, Ben had smashed the previous circuit best lap by nearly one second. Race 1 was red flagged after few seconds, because of an accident at Prima Variante. When it was restarted, Ben led it until the last lap but unfortunately ran out of fuel few metres from the finish line and Michel Fabrizio took his very first WorldSBK win. Race 2 went as we all expected, and Ben won in great style, in front of our home race fans. Monza has always been a very special place for all Italians working in the paddock and I think I will never forget that race, because of the mixed emotions I lived throughout the whole weekend.”

You can check out Volume 1, Volume 2 and Volume 3 of this series for more classic races!