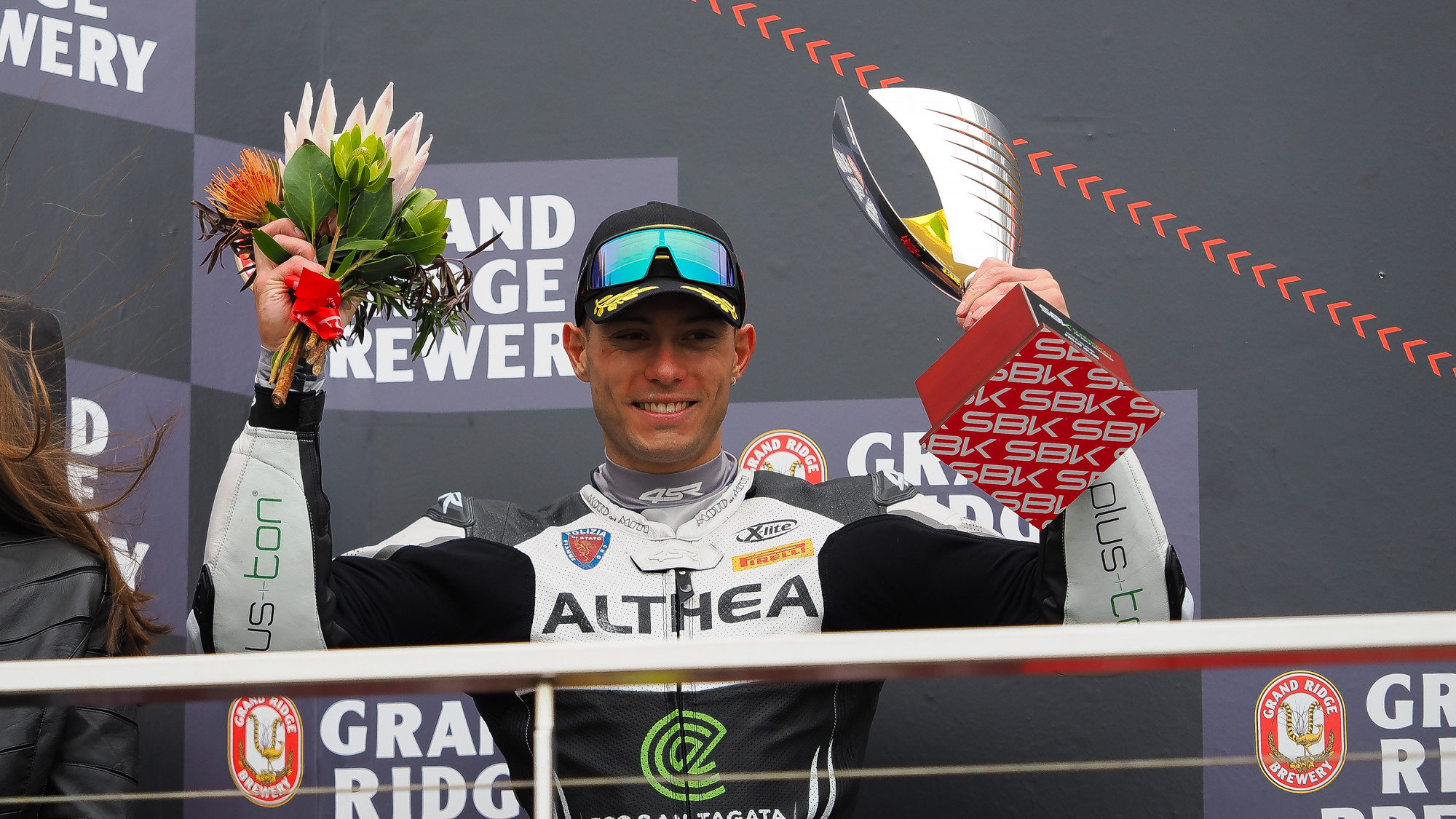 As rollercoasters goes, Federico Caricasulo’s (Althea Racing) Grand Ridge Brewery Australian Round could be defined as one as the FIM Supersport World Championship came to a close for the 2022 season at the iconic Phillip Island Grand Prix Circuit. Caricasulo claimed pole position on Saturday in Australia and was fighting for victory in Race 1 before a last-lap crash when running in second place, but Caricasulo was able to bounce back from this in Race 2 to finish on the podium.

On Saturday, it was Caricasulo’s second fastest lap time that secured him pole position for both races in Australia as he set a fastest time of 1’37.161s; the exact same as Nicolo Bulega (Aruba.it Racing WorldSSP Team). It put him in the perfect position for both Race 1 and Race 2 and, in Saturday’s Race 1, he looked like capitalising as he went in search for his first win in the Championship since 2019 and Ducati’s first since 2005.

As he battled with Yari Montella (Kawasaki Puccetti Racing) throughout the 18-lap race, the pair were still fighting but Caricasulo’s race came unstuck at Turn 4, the right-hand corner recently named Miller Corner, when he came off his Ducati. He was able to recover to take seventh at the flag and his chance at redemption would come on Sunday, as he once again started from pole position for the final race of the season.

In Race 2, Caricasulo was in the lead battle throughout the race but he was unable to go with double Champion Dominique Aegerter (Ten Kate Racing Yamaha), finishing almost two seconds down on the Swiss rider. Caricasulo was, however, almost a second clear of his rivals in the chasing pack as he took his fifth podium of the season, securing fifth place in the Championship standings; 20 points down on Bulega in the fight to be top Ducati.

Reacting to his Race 2 podium, Caricasulo said: “After Race 1, I was so angry with myself. Everything was perfect but I missed only the last few corners. In Race 2, I wanted to be back on the podium and my target this weekend was try to give my team their first victory in WorldSSP but Race 1 was closer. We will think about it next year. I’m really happy about the weekend. We were fast in every condition; with wet and dry weather. To finish on the podium is important. We started from zero with me, the new bike, everything was new. Now we have, I think, a very good level.”

Re-live some incredible 2022 battles and delve deep into the WorldSSP archive using the WorldSBK VideoPass! 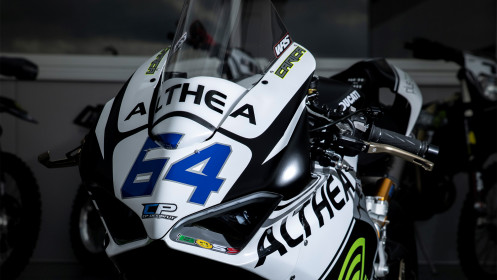 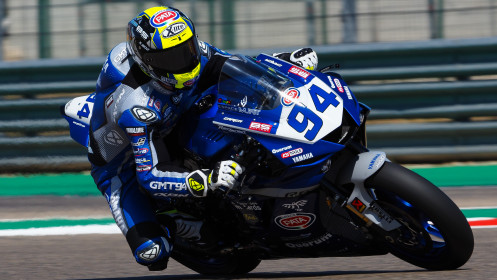