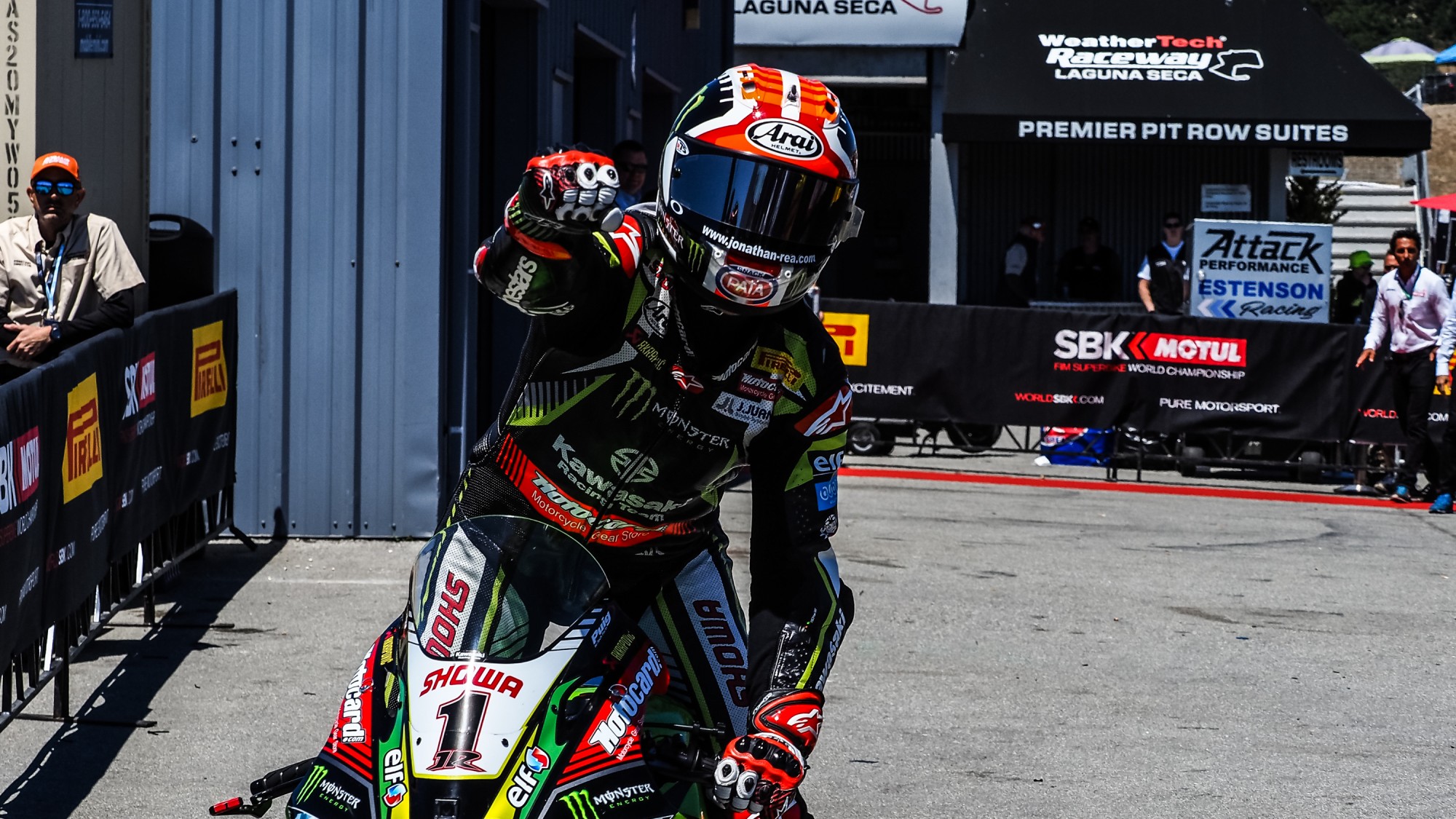 You couldn’t script the story of 2019: Rea has done more than breakeven, but he’ll leave a WorldSBK round in 2019 in the lead for the first time regardless!

The comeback was completed for Jonathan Rea (Kawasaki Racing Team WorldSBK) at Donington Park, and now, he is going in pursuit of extending his WorldSBK championship lead. Rea romped to a historic fifth win at Laguna Seca whilst his main championship rival, Alvaro Bautista (ARUBA.IT Racing – Ducati), crashed out once again in the early stages.

Having blasted to the second-fastest Tissot Superpole lap time at Laguna Seca in the history of the circuit, Rea took the lead in the early stages and was only challenged once by Chaz Davies (ARUBA.IT Racing – Ducati) at the beginning of Lap 5. Having dismissed the early onslaught of Davies, Rea pulled clear to take an eighth win of the season by over five seconds.

Speaking after Race 1, Rea commented on his opening race of the weekend: “I felt good from the start and just settled into my rhythm. I didn’t understand our pace in these conditions with these tyres, as I hadn’t done a long run with them. The lap time drops a lot in Laguna Seca at the end and I just wanted to be consistent.”

It is a 79th win for Jonathan Rea in his career. The Ulsterman has been Mr. Consistent in 2019 and not just in Race 1 at Laguna Seca, as he is yet to finish below fifth in any race this season. Rea’s sixth win in seven races in 2019 comes at a time where Alvaro Bautista has crashed in three of the last five.

Continuing, Rea looked ahead to Sunday: “It has been good so far, but I still have a job to do tomorrow – especially with the Tissot Superpole Race and then Race 2. So, let’s see what happens!”

Watch more tantalising WorldSBK action from the Geico U.S. Round with the WorldSBK VideoPass!