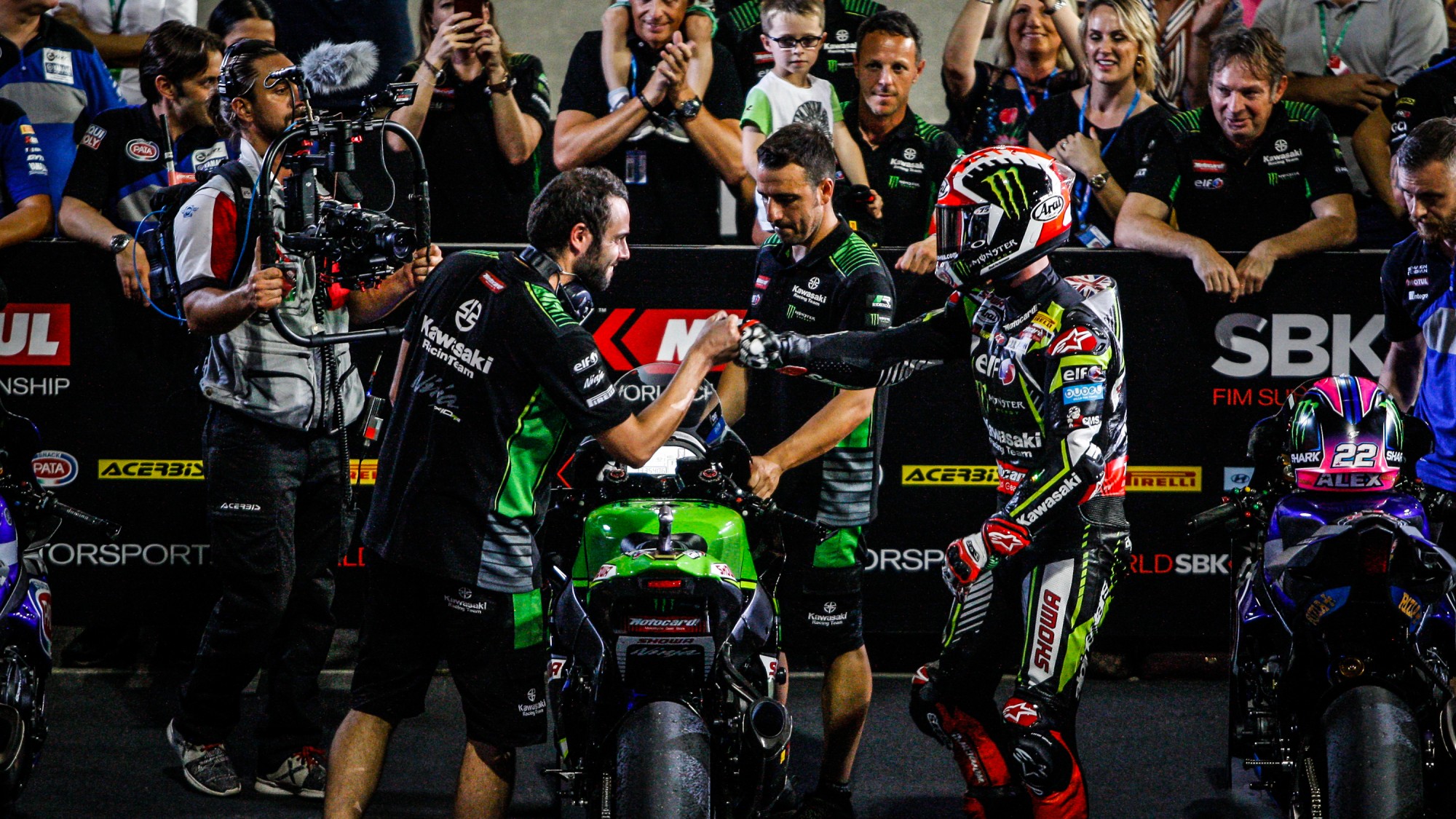 It was yet another fascinating opening race day at the Losail International Circuit for the 2019 MOTUL FIM Superbike World Championship, as Jonathan Rea (Kawasaki Racing Team WorldSBK) romped to a 15th win of the season. The Ulsterman – already crowned a five-time Champion in World Superbike – was shadowed all race long by 2020 teammate Alex Lowes (Pata Yamaha WorldSBK Team) before breaking clear in the final few laps.

A lights-to-flag victory once more for Jonathan Rea means he is positioned perfectly to bow out of the 2019 WorldSBK Championship on a high, although he didn’t have it all his own way. The Northern Irishman was pressured all race long by Alex Lowes, with the Englishman setting back-to-back fastest laps in the desert. Then, as Lowes faded, former Championship rival Chaz Davies (ARUBA.IT Racing – Ducati) came to the fore, despite starting from 12th on the grid. With Rea responding, it was a fantastic race victory that clinched the Manufacturers’ Championship for Kawasaki at the Losail circuit.

Speaking after the opening desert duel in Qatar, Rea stated his intent, saying: “I gave my future teammate a good look at the ZX-10RR! I felt like my rhythm was comfortable and that I was able to do that rhythm. I put my head down on the first lap but Alex came with me, so I just settled in and I could see that we were pulling away from the group behind. When I had ‘Davies, +0.7’ on my pit board I thought, ‘don’t get mugged!’ but I was able to up my pace a little bit at the end and then just ride to my pit board.”

Rea is on course to make history at the Motul Qatar Round, as two more wins for him would see him account for exactly 50% of Kawasaki’s victories in WorldSBK. Even more so, two more wins would see Rea equal the Championship record of 17 wins in a season, first set by Doug Polen in 1991 before Rea matched it in 2018.

Continuing to cite the changes made to the Kawasaki, Rea said: “We’ve made lots of changes to the bike, with offsets at the front to get the front tyre working really good here. I used my least-favourite front tyre today, but it was pretty good for the stability over long distance, something that you need round here. On the rear of the bike, I felt stable and strong, but it is just so hot out there! When I came in and took my visor off, I was certainly feeling the heat!”

Find out if Rea can make more history in 2019 on the final race day of the season with the WorldSBK VideoPass!