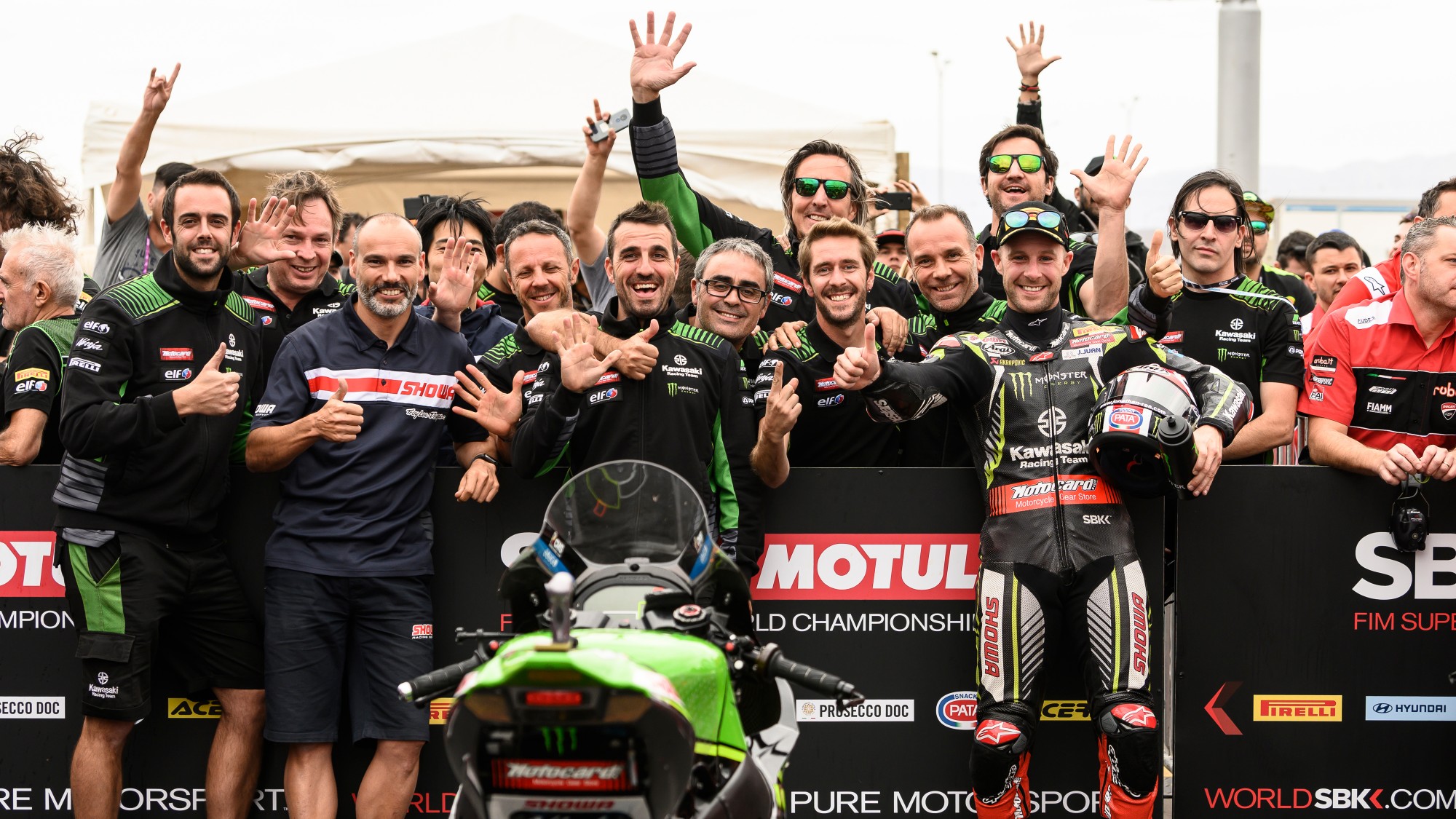 With two more wins coming on Sunday at the Motul Argentinean Round courtesy of Jonathan Rea, the Kawasaki Racing Team WorldSBK squad took the Teams’ Championship at the Circuito San Juan Villicum. It is the fifth consecutive season that the Spanish-based team has managed to take the Teams’ Championship crown, after half a decade of domination in the World Superbike class.

It didn’t start all that easy for them though in 2019, with the ARUBA.IT Racing – Ducati team storming to 11 wins from the first 11 races – although it was more of a one-man show and both bikes were not consistently up the front. However, despite the dominance, KRT remained firmly in the hunt and with both Rea and new teammate in 2019 Leon Haslam scoring strong points, the gap was only 36 points.

Imola would be the turning point as Jonathan Rea returned to winning ways, but it wouldn’t be until after Race 1 at Misano that Kawasaki Racing Team WorldSBK would hit the front of the Teams’ Championship, with a wet weather win for Rea and a return to the podium for returnee, Leon Haslam. Since that moment on, the two have worked together to edge clear of the chasing pack in the standings, scoring enough points to get them over the line with a round to spare.

The achievement also comes with more success for Kawasaki, as the manufacturer achieved a 200th consecutive point-scoring finish in Race 2 in San Juan – one more finish for the Japanese manufacturer inside the points and it will be a new personal record for them. Jonathan Rea also set a new record for the number of consecutive point-scoring finishes in World Superbike, with a record that now stands at 45 and has the potential – and likelihood – to keep on increasing.

In terms of their star-studded season, the Kawasaki Racing Team WorldSBK have achieved 37 podiums in 2019 (31 from Rea, 6 from Haslam), whilst they’ve won a total of 14 races, all coming from their five-time World Superbike Champion. Rea has also gone on to set 11 fastest laps during the 2019 World Superbike season, whilst the team have achieved 13 front rows between them.

What more will KRT achieve before the season is out? Find out with the WorldSBK VideoPass!