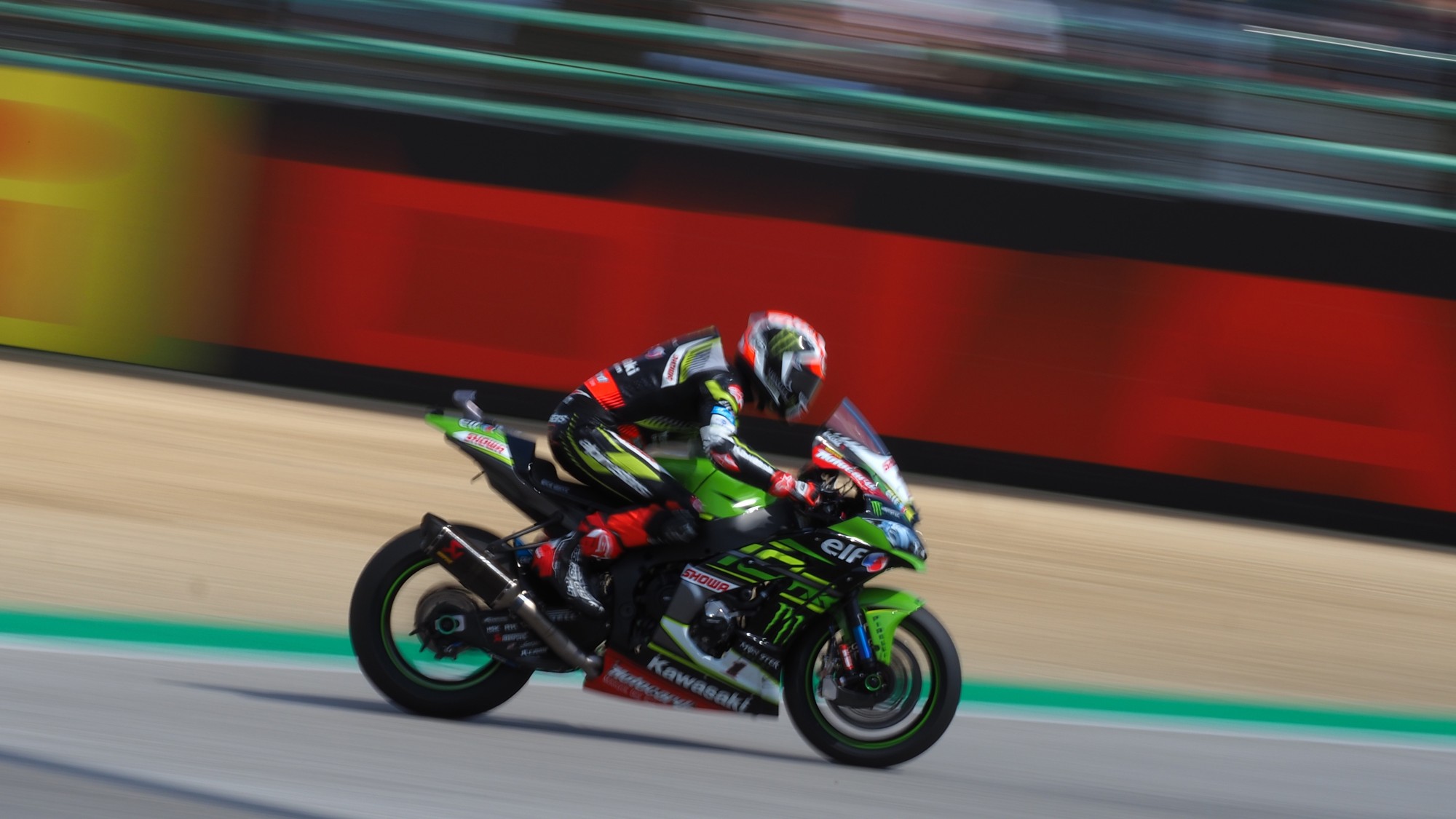 Having gone eleven races without a race win, Jonathan Rea (Kawasaki Racing Team WorldSBK) has come out fighting back with all of his tenacity during the opening day of the Pirelli Italian Round. The Northern Irishman scolded to the top of the time sheets with to end day one on top, throwing down the gauntlet and firing a warning across to the rest of the opposition.

Rea had strong pace throughout the session, setting consistent lap times in the middle of his 50 minutes track time. However, it was a thrilling final sector on his last lap that fired him into top position ahead of Chaz Davies (ARUBA.IT Racing – Ducati), Tom Sykes (BMW Motorrad WorldSBK Team) and championship leader, Alvaro Bautista (ARUBA.IT Racing – Ducati) – who was 0.7s behind Rea on the time sheets.

Pleased with his days work, Rea stated: “We didn’t really change much (in the break), other than I had a really nice rest at home with my family and training a lot. But at the track, the bike is quite similar and at this track, the character is really different. This was the place last year where we started building momentum with the first double win of the season and I feel already this year that we have made a small step forward.”

With seven wins at Imola, including four for Kawasaki, you can’t ignore Jonathan Rea’s phenomenal record in Ducati’s backyard. However, he will have to be on top form if he is to add to his impressive win tally.

With Jonathan’s prolific winning at Imola compared to Bautista’s relative inexperience, the four-time WorldSBK champ will be looking to capitalise, as he said: “This is one of the main points, although they (Bautista and Davies) were here testing last week, it is a tricky circuit with a lot of undulations and in general, not your typical circuit and it is very unique to WorldSBK. Experience is key but at the end of the day, we all started from zero.”

Can Jonathan Rea score his first victory of the year to stop Bautista in his tracks? Find out with the WorldSBK VideoPass!