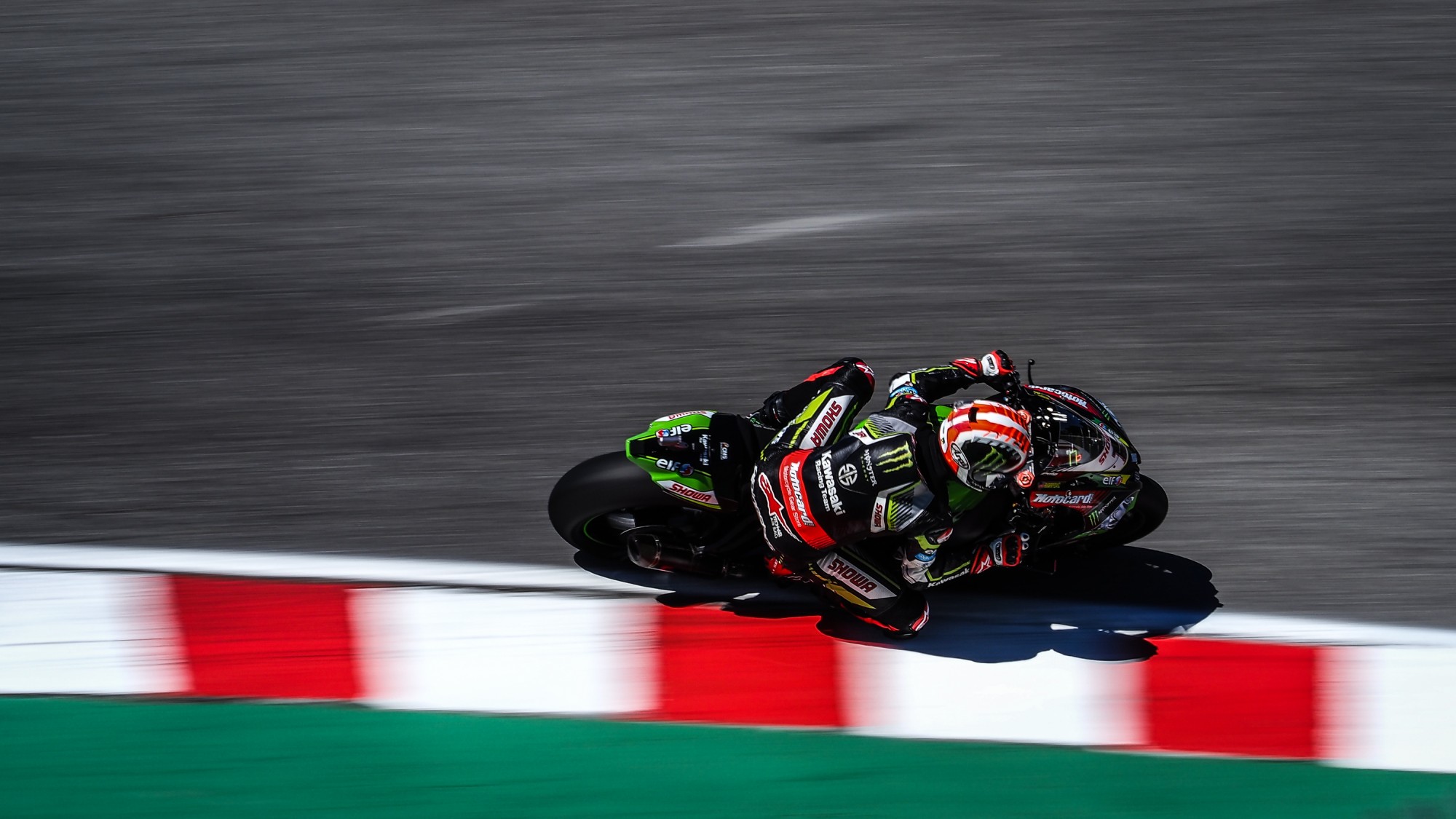 An 81-point lead in the title sees Jonathan Rea go into the Summer holidays with a grin on his face: but it isn’t over yet…

In one of the most uncanny and unexpected quick-fire turnarounds, Jonathan Rea (Kawasaki Racing Team WorldSBK) now sports the biggest points lead that the 2019 MOTUL FIM Superbike World Championship season has witnessed. The Ulsterman, who on the Saturday morning of Donington Park was still chasing Alvaro Bautista (ARUBA.IT Racing – Ducati), now has an incredible 81-point advantage over the Spanish rookie, who has endured a luckless Geico U.S. Round at the WeatherTech Raceway Laguna Seca.

Rea started Race 2 from pole position, having taken a dominant race victory in the Tissot Superpole Race – Great Britain’s 250th win and Rea’s 80th. However, the 32-year-old from Ballymena wouldn’t have it all his own way, as he was immediately passed by Chaz Davies (ARUBA.IT Racing – Ducati). Trying to get ahead of the Welshman only once in the race at Turn 5, Rea slotted back in behind Davies and had no answer for the reigning runner-up in WorldSBK. Rea held onto second position untroubled, highlighting his metronomic consistency in 2019.

Speaking straight after Race 2, Rea heads into his holiday period with a smile on his face: “I felt good here all weekend; Kawasaki arrived here with a really good bike. I felt like we could maximise our potential by getting through the corners. We were suffering in some areas, but only a little bit. We made a small change on the bike after the Tissot Superpole Race but that resulted in a big difference to the result.”

Rea’s 80th win carried great significance, as it wasn’t only the 250th win for the UK in WorldSBK history, but the country achieved a record 50th podium lock-out – the first to reach this milestone in WorldSBK.

Six of those 50 podiums achieved have come at Laguna Seca, suggesting that the British riders know their way around the tight and twisty Californian circuit remarkably well – with Rea featuring in all of them.

Continuing to digest his points advantage, the four-time WorldSBK Champion said: “I just decided that today, my position was second and to try and consolidate that. It was a long race: the first ten laps felt like I was taking a lot of risks compared to yesterday. Two race wins, a second a new lap record, I am really happy going into the Summer break.”

Can Rea’s lead continue to grow or will Bautista bounce back at Portimao? Find out with the WorldSBK VideoPass!