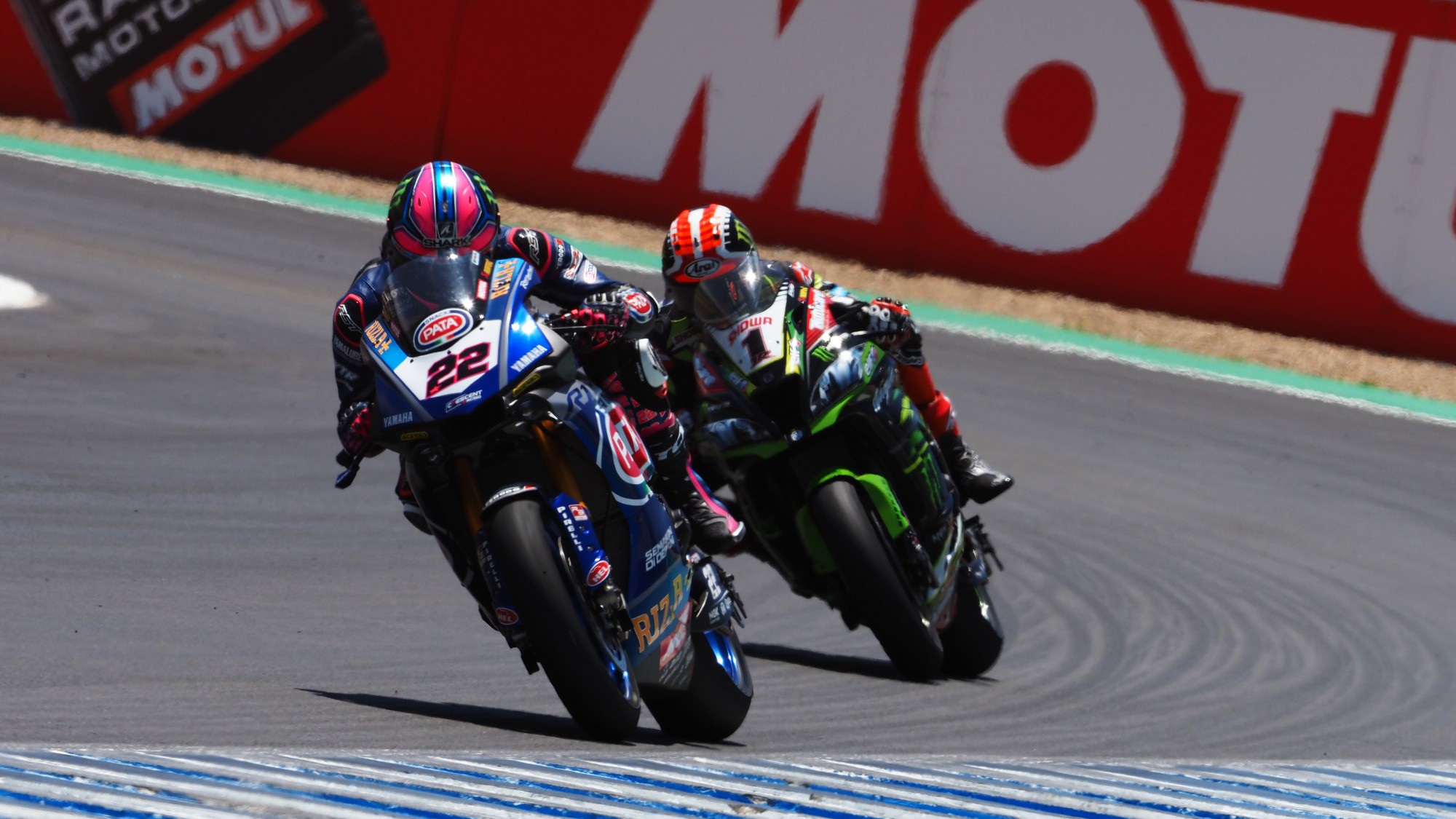 Are their multiple, dramatic battles this season a taste of what to expect in 2020?

With the stunning recruitement of Alex Lowes for the 2020 WorldSBK season, Kawasaki Racing Team have constructed one of the fastest and most intriguing rider lineups on the grid. On one side of the garage, a man undefeated in five seasons on the ZX-10RR; on the other, a rider in the prime of his career and facing the opportunity of a lifetime.

Lowes will be Rea’s third partner in the Kawasaki Racing Team WorldSBK, after Tom Sykes and Leon Haslam. Another English teammate and another rider who has had his on-track moments with Rea prior to joining the team in green. In previous seasons these were few and far between – although Lowes did make his WorldSBK debut as a replacement rider for the then-injured Northern Irishman – but if 2019 is any indication of what to expect, this could be a rivalry on the verge of exploding into life.

The 2019 season unofficially kicked off eleven months ago with private tests at MotorLand Aragon and Jerez. Four days, several teams and two men a step above the rest at the end: Rea and Lowes. The status quo remained in place for the January tests, with both men eager to prove their worth even before the action properly commenced – the battle lines had been drawn.

While the season proper didn’t quite kick off with both men at the top, we did see them tangle on the tarmac early on. In Thailand, Lowes remained threateningly close to the ZX-10RR all through the Tissot Superpole Race and Race 2, and at MotorLand Aragon the rivalry went one step further. Both men passed one another on multiple occasions in each of the three races; Rea prevailed in all three, but it was tight.

Interactions at Assen and Imola were short-lived, but then Jerez Race 1 happened. A race-long fight, an incredible number of overtakes… And then THAT final snapshot at Lorenzo Corner. One rider on the floor, the other saddled with a double penalty, and the fans left impatient for their next face-off.

They barely had to wait two weeks. On a drenched Misano track, Rea and Lowes threw caution to the wind and set out desperate to one-up the other, lapping a second faster than anyone else on track and clashing in both parts of a red flagged-race. Disaster struck again for the Englishman as he slipped out of a likely race win, but again the fans were treated to a memorable battle between the pair.

The brewing rivalry has cooled off in the second half of the season, although there were a few tense laps at Magny-Cours where it seemed like Lowes would get the chance to upset Rea’s championship-winning Race 2. But now he will get the chance to compete in perfectly even conditions: same machinery, same parts, same data. Lowes will have the reigning World Champion and most successful rider in WorldSBK history just a few yards away in the garage. The goal is surely to be even closer on the tarmac.

Will we see the pair square off again before becoming partners in green? Watch the final two rounds of the season LIVE and OnDemand thanks to WorldSBK VideoPass!