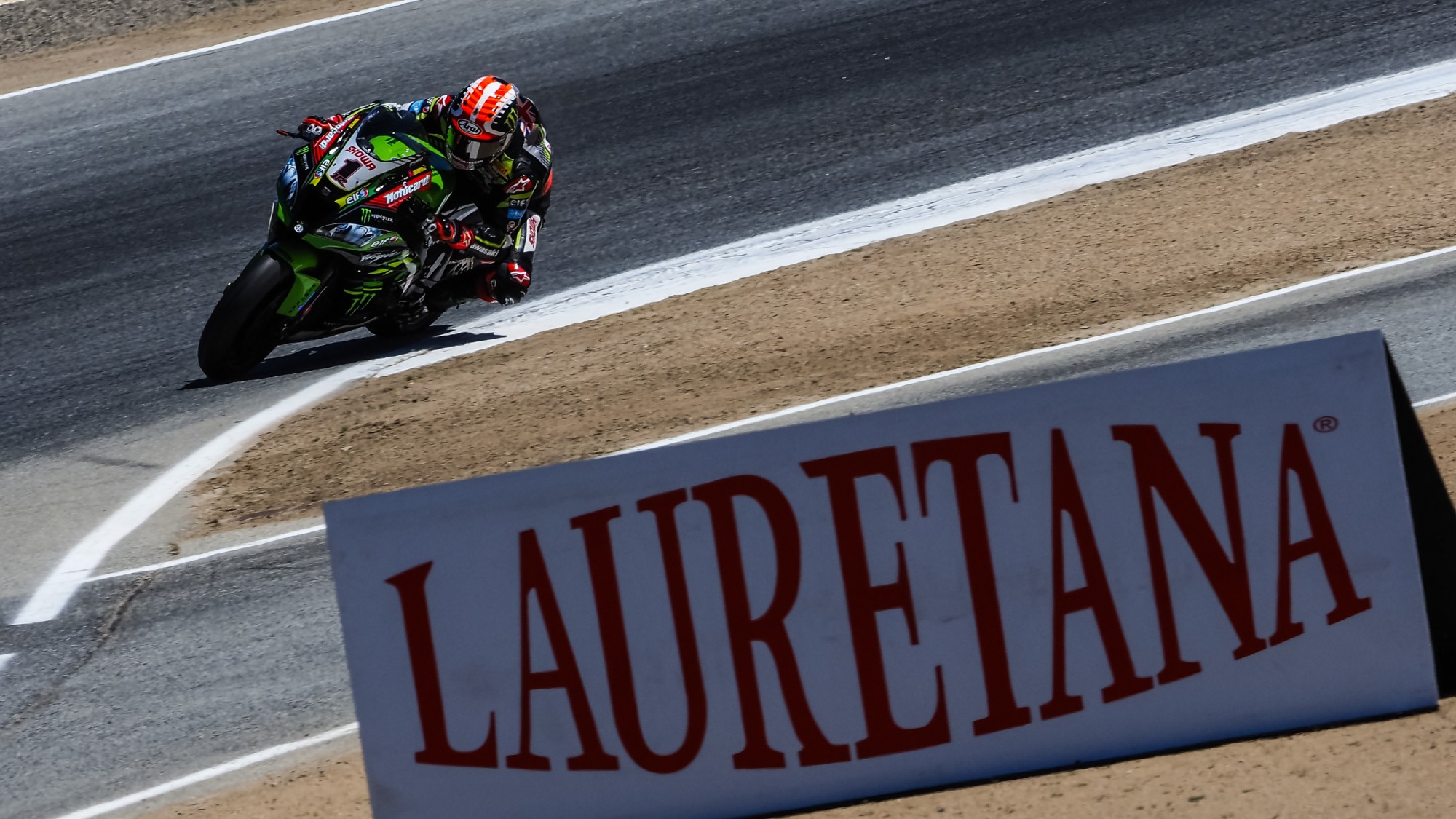 The championship leader was right at the forefront of WorldSBK after the opening day at Laguna Seca, but what more is to follow?

Having had it all his own way in FP1, Jonathan Rea (Kawasaki Racing Team WorldSBK) spent much of FP2 sitting on his morning time. Despite looking like the man to beat, Rea was overthrown at the head of the field by former championship rival, Chaz Davies (ARUBA.IT Racing – Ducati). With the Ulsterman improving his lap time towards the end of the session, it wasn’t enough, missing out on top slot after day one by a mere 0.032s.

Rea entered FP2 with more than half-a-second to his advantage, but his rivals chipped away and by the end of all the action, Rea would be runner-up after the opening day of track action at the Geico U.S. Round. Rea’s bike looked at home I sector three – which features the famous Corkscrew – and sure enough, the four-time WorldSBK Champion and his Kawasaki ZX-10RR were fastest through that sector.

Speaking after FP2, Rea reflected on his first day of track action: “I feel quite good on the bike. The circuit is quite challenging, especially to get a compromise with the bike set-up; we’ve been looking at stability, which in-turn took away some of the traction. Generally, we are kind of in the ballpark, trying to understand the rear tyre options for tomorrow.”

Rea is the most successful rider at the Laguna Seca circuit, with an unprecedented four victories. However, it isn’t his personal best circuit, with his rivals often being able to better him at the historic Californian circuit; something Rea is all too aware of.

“Our rivals are really close, so we need to make a small step tomorrow which I feel we can achieve. Then, we need to do the best job in the Tissot Superpole, which will be super important this weekend. It’s all about track position into Turn 2!”

Will Jonathan Rea’s championship lead extend or shrink in the USA? Find out with the WorldSBK VideoPass!