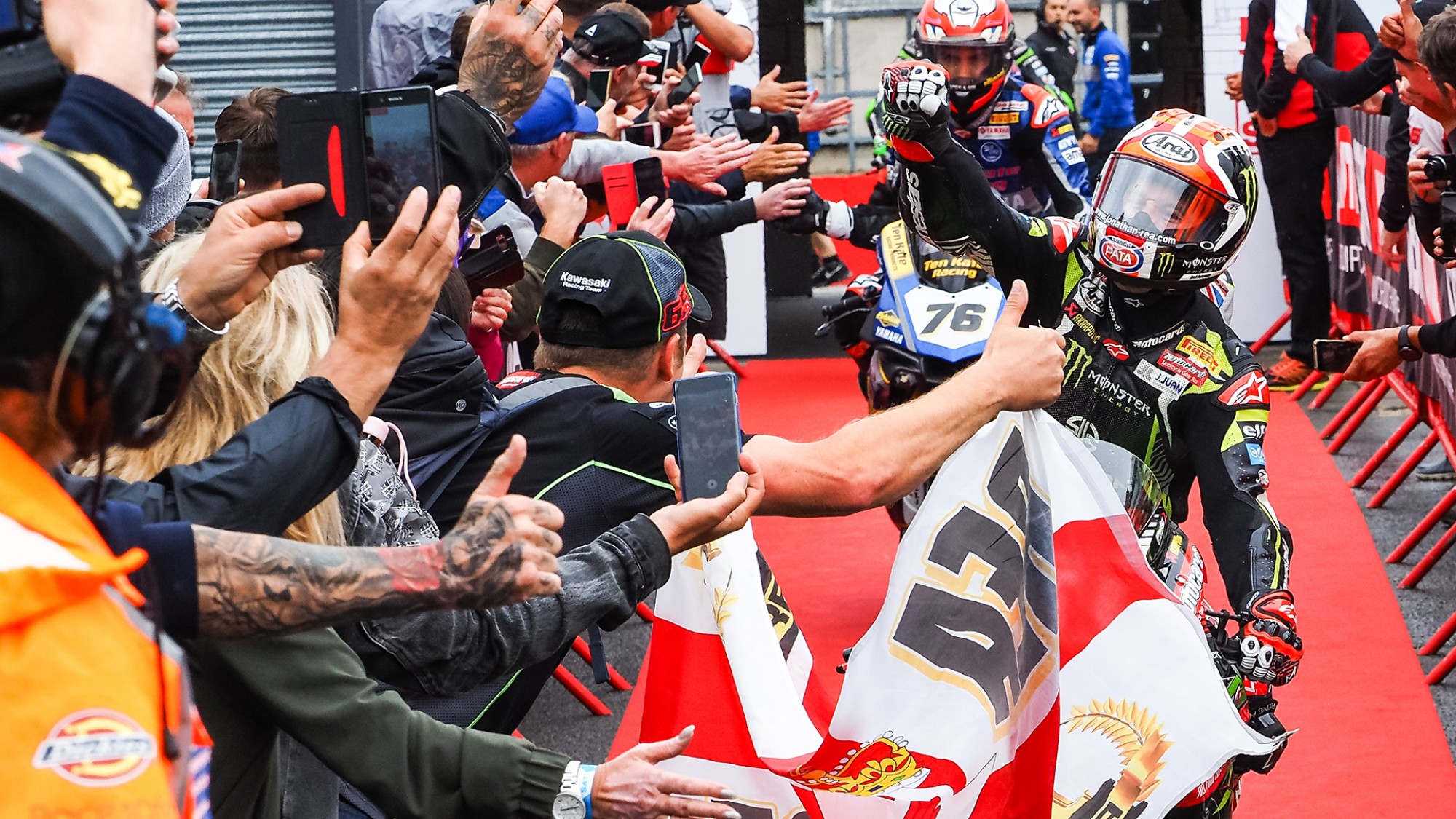 Having taken the lead of the WorldSBK title race for the first time this season, Jonathan Rea is thriving on the championship battle with arch-rival, Alvaro Bautista!

Having slashed Alvaro Bautista’s advantage in Misano, Jonathan Rea (Kawasaki Racing Team WorldSBK) is now the new championship leader after another mistake from his arch-rival. Rea took the lead of Race 1 at Donington Park in the early stages at Turn 1 on the opening lap, before breezing clear, whilst Bautista crashed out of a safe fifth position at the fast Schwantz corner.

Taking the holeshot into Turn 1, Rea romped clear of the chasing field, leaving the likes of Tom Sykes (BMW Motorrad WorldSBK Team) and Leon Haslam (Kawasaki Racing Team WorldSBK) in his spray. However, as he began to lap more than two seconds quicker than anyone else, those behind him started to make mistakes; most notably Alvaro Bautista. With the Spaniard crashing out and Rea taking the win and 25 points, the championship table now sees the Northern Irishman at the top.

Speaking about the remarkable turnaround, Rea celebrated, saying: “I try not to think about the championship at all. I can’t influence the results before they happen, but I can try to do the best I can. We knew that today in the rain, we had a good set-up. They’re the most difficult races to win, in the wet, because it is so easy to make a mistake and this circuit, with the asphalt, the grip level is very low. It was all about managing the risk.

“About midway through the race, I got the pit-board to say that Bautista was out, and I was a bit surprised! It took me a lap to recover and get back in my rhythm. It is a huge win for me, especially at my home round. Tomorrow, we will try again in the dry weather and see what happens!”

Rea has taken six wins in the 2019 WorldSBK championship, compared to the 14 of Alvaro Bautista. However, Rea’s consistency has meant that with each mistake Bautista has made in the last three rounds, he has been there to pick up the pieces and capitalise on the Spaniard’s misfortune.

Continuing, he said: “I am not old but I’ve been in this position many times before, where I’ve been thinking about the championship! This is the first year I’ve actually been behind, normally I am managing it from the front. It is a nice position to be in and I prefer this, as I have something to chase and it is a real challenge. We have a big race tomorrow and then we go to another one of my favourite circuits – Laguna Seca – and then to Portimao at the end of Summer, so this block of races are very important!”