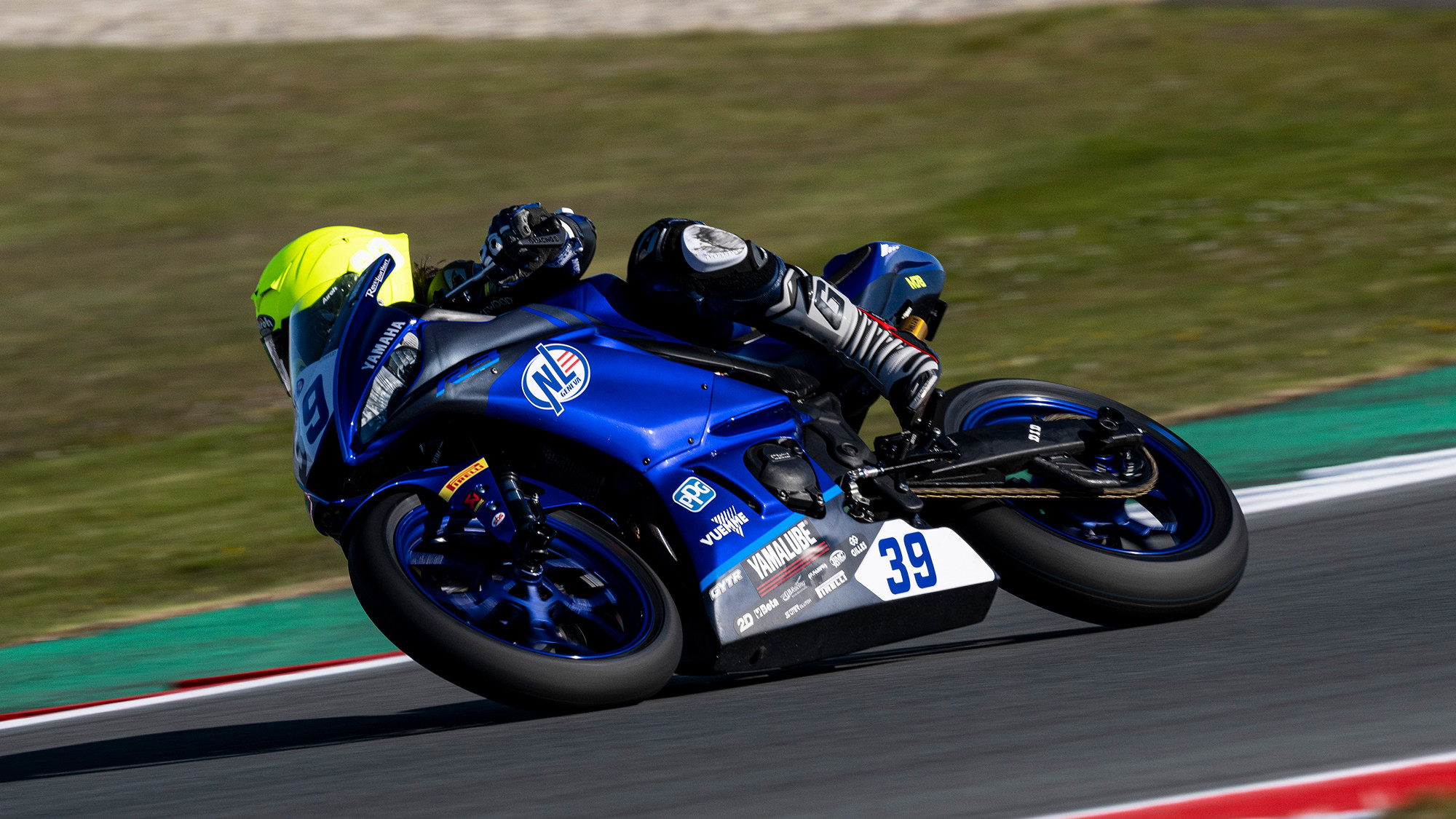 Brazil’s Enzo Valentim enjoyed the perfect start to the Dutch Round of the 2022 Yamaha R3 bLU cRU European Cup, topping Free Practice before storming to pole position on his maiden outing at the TT Circuit Assen.

Gustavo Manso’s late effort made it a Brazilian 1-2 for Saturday’s races, with Italian youngster Andrea Pizzoli joining them on the front row, after qualifying third for the second consecutive weekend.

This morning’s 30-minute Free Practice session got underway at 09:00 (local time, GMT+2), and despite the cold track temperatures, all 23 riders made it through without incident. Valentim quickly improved his times throughout the session, ending fastest, ahead of championship leader Devis Bergamini and French rider Clement Rouge.

With temperatures rising in the afternoon, the lap times tumbled and it was 17-year-old Valentim once again who shot to the top early on. The #39 rider continued to better his already blisteringly quick time, ending the Superpole 1.1s clear of Manso.

Riding the #80 Yamaha R3, 17-year-old Manso held onto his second position after a late flurry of fast laps from those behind. Pizzoli was 0.157s adrift of the Brazilian in third, with Thailand’s Krittapat Keankum starring in fourth. Rouge will join the 17-year-old on the second row, after going fifth fastest ahead of Italy’s Bergamini.

15-year-old Kevin Fontainha made it three Brazilians on the first three rows in seventh, ahead of Polish youngster Jurand Kusmierczyk. Marc Vich was the highest placed Spanish rider in ninth, while France’s Grégory Carbonnel pipped Slovakia’s Maxim Repak to complete the top 10.

Both Yamaha R3 bLU cRU European Cup races will take place tomorrow, with the 23 riders (shared points leader Yeray Ruiz ruled out due to other commitments) heading out for Race 1 at 11:45, while Race 2 commences at 16:15.

Enzo Valentim said: “I don’t know why, but I felt really comfortable, like I already knew the track. It was easy to understand the circuit for me, the settings, suspension and everything felt really good. This morning was quite cold, but this is normal for Europe! I went for everything in the qualifying, I found a good space to get some good slipstream as well. I don’t have words to explain how perfect this day has been for me, but I’m really happy. Let’s go tomorrow starting from pole, and with another Brazilian behind it could be good to work together and I will for sure try for the win.” 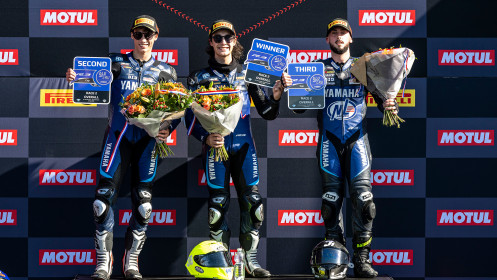