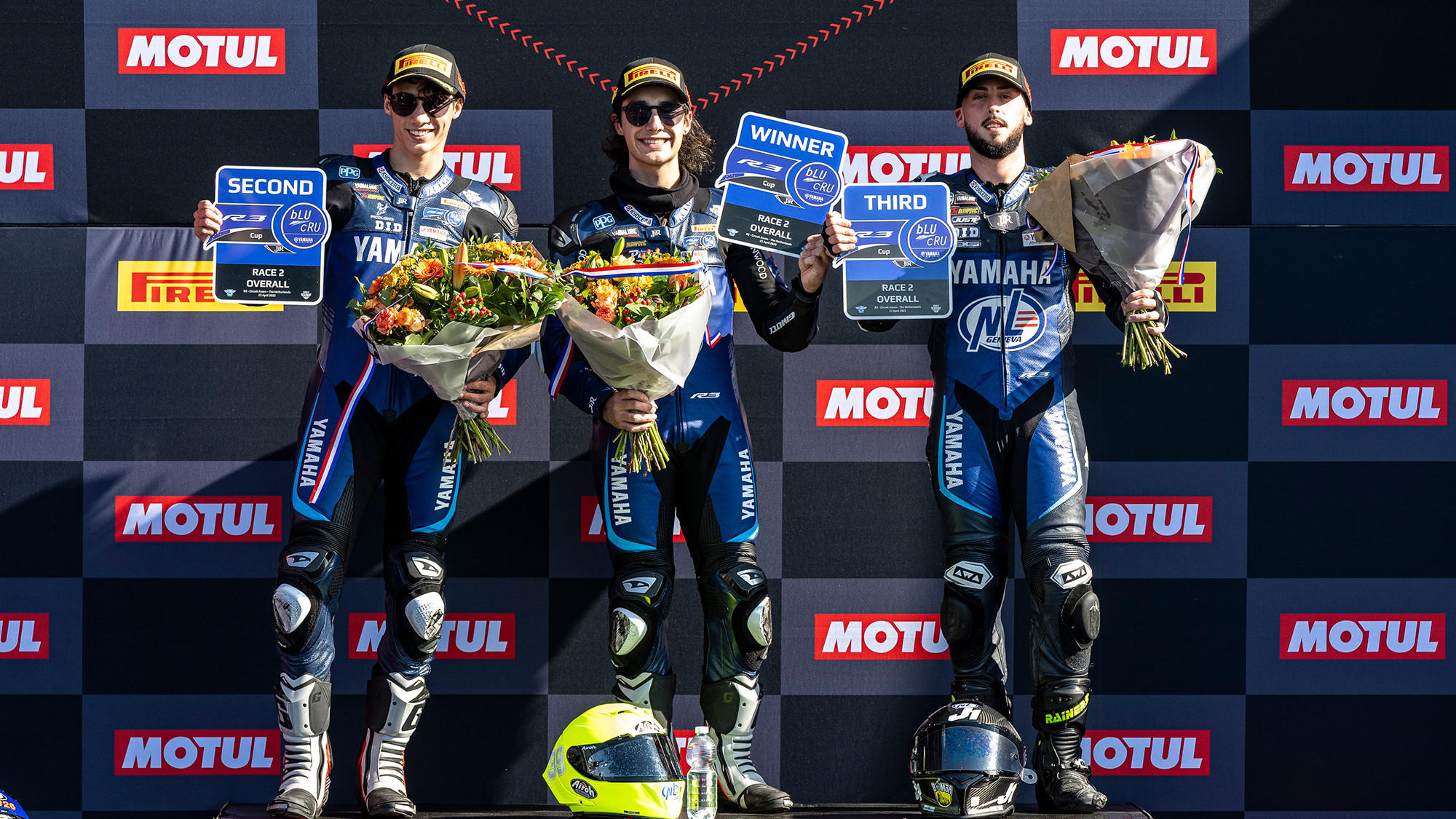 It was a perfect weekend for Brazilian youngster Enzo Valentim, who doubled up in the second round of the 2022 Yamaha R3 bLU cRU European Cup at the TT Circuit Assen, picking up the maximum 50 points and leaving the Dutch venue on top of the standings.

In Race 1, France’s Gregory Carbonnel and fellow Brazilian Kevin Fontainha joined Valentim on the podium, with his compatriot finishing runner-up in Race 2, in which Italy’s Andrea Pizzoli rounded out the top three.

Having gone fastest in the Free Practice session, Valentim took pole position by 1.1s, with Brazilian Gustavo Manso and Pizzoli joining him on the front row for both of Saturday’s races, while Thai rider Krittapat Keankum also enjoyed his best qualifying performance in fourth.

Italy’s Devis Bergamini, who headed into this weekend as the joint championship leader, fired his Yamaha R3 into first from sixth on the grid by the end of lap one, but Valentim never lost touch, always in control as the top 15 fought for the lead.

Manso and Valentim traded places out front, with Spain’s Marc Vich also joining the battle alongside Czech rider Filip Juranek, who stormed to the fastest lap as he made his way from 13th on the grid to the podium positions.

17-year-old Valentim timed his run to the front perfectly though, building a gap on the final lap, while the other contenders jostled for position behind. As Valentim took the victory, several riders went wide at the final chicane, with Carbonnel classified in second, ahead of 15-year-old Fontainha.

Polish youngster Jurand Kusmierczyk scored his best result in fourth, with British rider Brody Crockford rounding out the top five, while Bergamini, who initially crossed the line in second, dropped to sixth after a penalty.

Race 2 witnessed another closely fought battle for the lead, with the likes of Valentim, Manso, French rider Clement Rouge and Crockford all taking turns out front.

11 riders were in victory contention as they headed onto the final few laps, but Valentim once again took the lead at the right moment, crossing the line just ahead of Fontainha, while 18-year-old Pizzoli claimed his first Yamaha R3 bLU cRU European Cup podium in third.

19-year-old Rouge was fourth, while Crockford capped off his best weekend in the Cup with another fifth-place finish. Manso came home in sixth, having been a disappointing 12th in the opening race earlier on.

Enzo Valentim, the double winner at Assen, said: “This weekend in Assen was simply the best weekend of my life, I led the practice and qualifying and managed to win both races. I loved this circuit and all the fans that were there. I just have to thank my sponsors, Yamaha Motor Europe, Yamaha Brazil, the AD78 team, everyone who cheers for me, my family, friends and my mechanic who came from Brazil. Without all of them none of this would be possible, thank you all.” 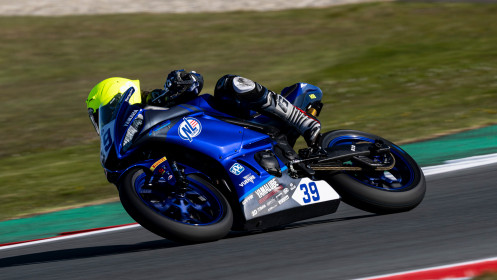