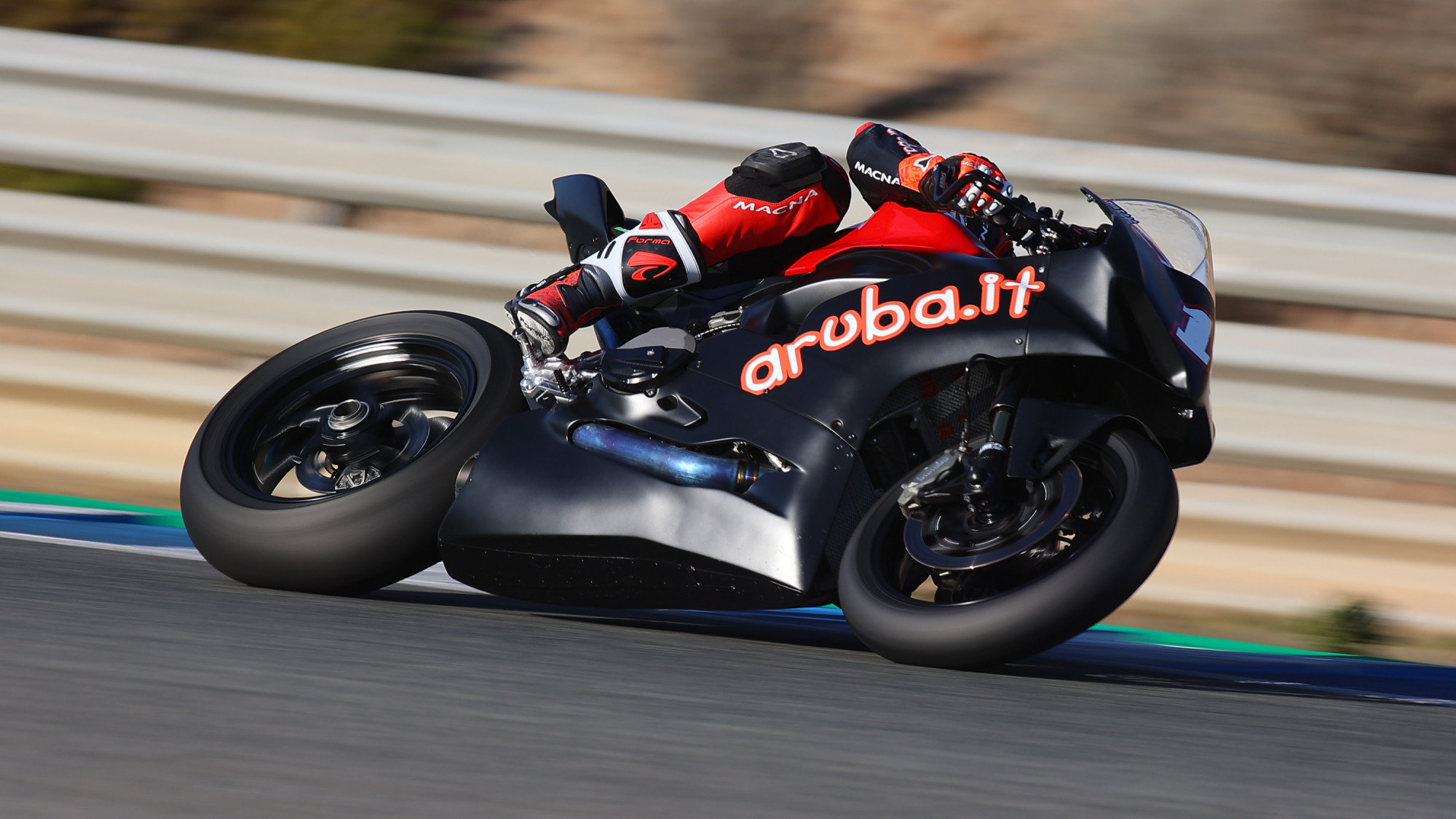 The FIM Supersport World Championship will feature a new bike on the 2022 grid as Ducati makes a return to the Championship for the first time since 2007, with the Ducati Panigale V2. The Bologna-based manufacturer will have at least four bikes on the grid across three teams with Aruba.it Racing Team and Barni Racing Team expanding into WorldSSP while CM Racing will run two bikes, up from one in 2021.

Ducati last entered WorldSSP in 2007 with the Ducati 749R bike and finished fifth in the Championship standings with two podium finishers to their name. Ducati have had 323 WorldSSP race participations throughout their history and claimed eight pole positions, four wins and 15 podiums, with the Italian manufacturer looking to add to that with the introduction of the Ducati Panigale V2.

Explaining the WorldSSP project, Ducati Corse Technical Coordinator, Marco Zambenedetti, said: “The base of the bike is the Panigale V2 that is 955cc. It is the new rules, we are confident to be competitive from the beginning because, with the FIM, we are discussing to have a good balance from the beginning between the different bikes. It is the first year. It will be harder to understand in every track which is the best setup because we do not have any reference.”

Aruba.it Racing Team are one of three teams who have confirmed they will run Ducati machinery in 2022 and will run an Italian rider on their bike as Nicolo Bulega joins the team having spent the past three seasons in Moto2™ and the three full seasons prior to that in Moto3™, claiming two podiums. He brings title-winning pedigree to the team having won the FIM CEV Moto3™ Junior World Championship in 2015.

Bulega got his first chance to test the bike at a two-day Jerez test recently as he adjusts from life in Moto2™ to WorldSSP and his first impressions were positive. Bulega said: “It was good because the feeling with the team and the bike was already really good. I felt comfortable on the bike. I have to understand better the tyres, the engine, the chassis but in the end, I feel good and this is the most important because we go into the winter with a good sensation. This was the target for this test.

Aruba.it Racing – Ducati Team Manager, Serafino Foti, also explained his thoughts on Ducati returning to WorldSSP. He said: “It’s a new and interesting project because it’s a new challenge for us. Everything is new. The Championship, the rider, the team is new. Our goal was to organise this test before the end of the season just to understand the situation because we know nothing about it! The test was really positive and also for Nicolo it was the first time for him riding with a road bike, the Supersport bike. It was positive, we are quite happy about that.”

Barni Racing Team will also expand into WorldSSP and they are bringing the famous Bayliss name back to Ducati machinery as Oli Bayliss, son of three-time Champion Troy, joins the WorldSSP grid. The younger Bayliss had a wildcard appearance at Phillip Island in 2020 in WorldSSP but has since been competing in Australian Superbikes and becoming a race winner in his native Australia. CM Racing fielded Luca Bernardi in 2021 and, after the Sammarinese rider was injured in Magny-Cours, 2019 Champion Randy Krummenacher in a one-bike effort. For 2022, the team will run two bikes as they continue with Krummenacher, who first tested in the Panigale V2 in October 2020, being joined by Marcel Kofler as the team look to continue their strong form shown in 2020.

Watch the ‘next generation’ of WorldSSP unfold in 2022 using the WorldSBK VideoPass!