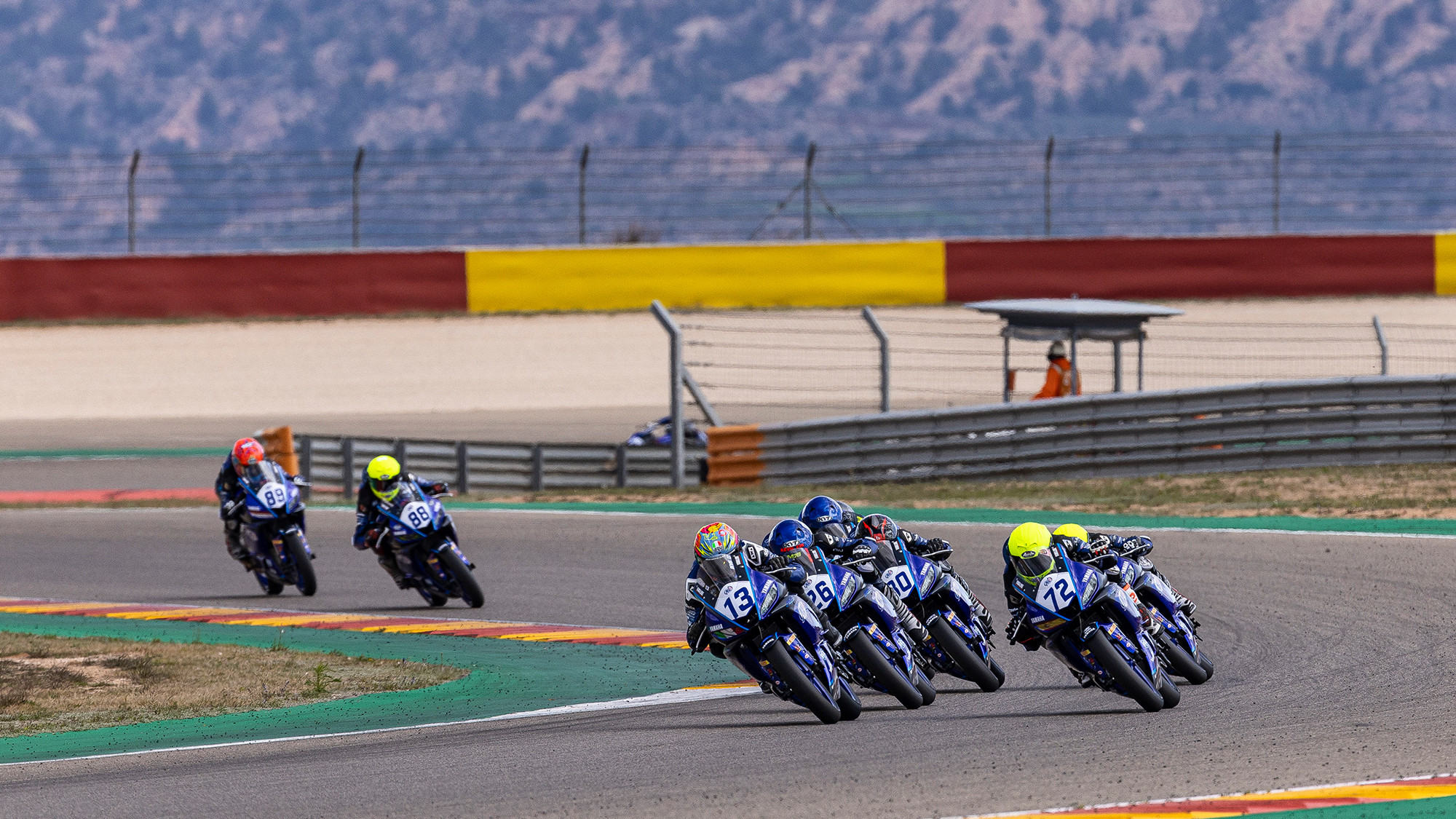 Yeray Ruiz and Denis Bergamini were the first winners of the 2022 Yamaha R3 bLU cRU European Cup at MotorLand Aragon, with the Italian and Spaniard both sharing the championship lead, having also scored third-place finishes.

Having qualified on pole position in yesterday’s Superpole session, Spanish youngster Ruiz maintained his lead by the end of the first lap, before Brazil’s Enzo Valentim hit the front on the second tour.

Seven riders were involved in the lead battle for the opening five laps, but as they headed onto the sixth, Ruiz and Valentim pulled clear. The two constantly swapped places through the closing stages, but it was 18-year-old Ruiz who would eventually take victory, beating his 17-year-old rival by 0.273s across the line to win on debut.

In Race 2, a mammoth battle for victory saw 12 riders in the fight throughout the nine-lap contest. Ruiz and Valentim looked to have the pace again early on, but Repak, Bergamini, Fontainha, Nugroho, Gustavo Manso and Pizzoli were all able to force their way to the front of the pack.

Heading onto the back straight on the final lap, Bergamini made his move, with Fontainha and Pizzoli chasing him right to the line. The three were split by thousandths of a second, but the 19-year-old Italian held on for victory.

Fontainha was second, with Pizzoli handed a penalty for track limits on the final lap, seeing Ruiz promoted to third. Nugroho just missed out on a podium in fourth, ahead of Repak and Valentim. Vich was seventh, with Pizzoli classified in eighth after the penalty, ahead of fellow countryman Diego Palladino and Brazil’s Manso.

The top 10 were separated by just 0.469s at the finish, showing just how competitive the Yamaha R3 bLU cRU European Cup will be in 2022.

The young bLU cRU riders will be back on-track in two weeks’ time for the second round at TT Circuit Assen, which was won by WorldSSP300 riders Humberto Maier and eventual Cup winner Iker Garcia Abella last year.

Yeray Ruiz said: “I am very happy to win the first race of the season. It was not easy, I had a good battle with Enzo, but I did a good last lap to win. Thank you to everyone at Yamaha and in my team, now I look forward to Assen.”

Devis Bergamini said: “It was a tough second race with a lot of riders battling for the win. I am really pleased to have taken the victory though and I’d like to thank my family, friends, Yamaha, Gianluca [Montiron], and everyone else who helped make this possible. It’s been a great weekend and I’m excited for the next one.” 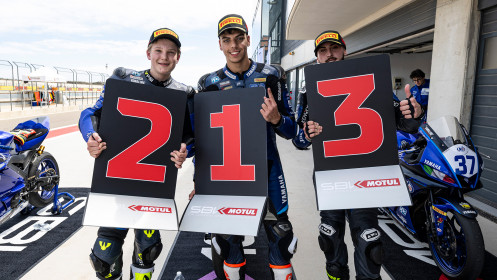