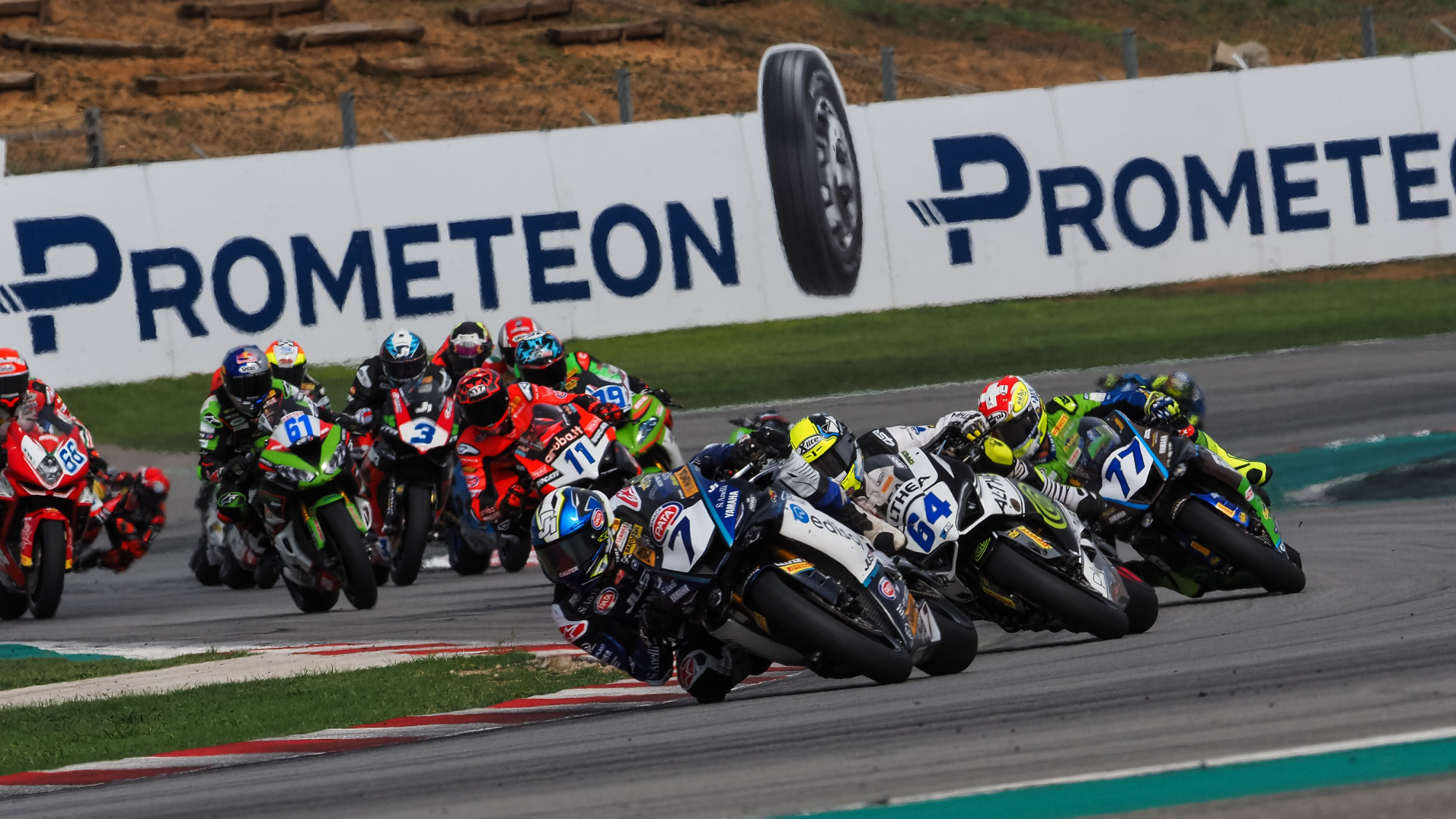 The final European round of the season brings plenty of intrigue in the title fight, whilst the 2022 WorldSSP Challenge winner will be crowned

The FIM Supersport World Championship heads to the undulating rollercoaster that is the Autodromo Internacional do Algarve for the Pirelli Portuguese Round, the final trip to a European destination in 2022. With three rounds remaining after the Portuguese Round, it could prove to be a pivotal weekend in the fight for the Championship; meanwhile, a new WorldSSP Challenge winner will be crowned in Portugal as the European season concludes.

AEGERTER VS BALDASSARRI: can the Italian fight back?

After gaining 50 points on Dominique Aegerter (Ten Kate Racing Yamaha) at the Czech Round and cutting the gap to just 14 points, Lorenzo Baldassarri (Evam Bros. WorldSSP Yamaha Team) has seen the reigning Champion slowly extend it back up to 36 points after the Catalunya Round. Aegerter didn’t win at Portimao in 2021, finishing third in Race 1 and fifth in Race 2. Portimao starts a run of four circuits where Aegerter hasn’t won at in WorldSSP that end the season, but he does have more experience of all but one than title rival Baldassarri. The Swiss rider also comes into the round with a spring in his step following confirmation of his 2023 WorldSBK move. Portimao is a circuit Baldassarri knows well from Moto2™ and his best result in the class there was ninth in 2020. Can Baldassarri start to reverse the gains Aegerter has made since the summer break?

Three riders are right in contention for third overall, all from three different manufacturers, as Can Oncu (Kawasaki Puccetti Racing), Nicolo Bulega (Aruba.it Racing WorldSSP Team) and Stefano Manzi (Dynavolt Triumph) all fight it out for the bronze medal position. Oncu claimed two podiums in Catalunya and will be looking to continue that at a circuit where he’s taken three-top ten finishes, with a best of eighth. Results in Catalunya moved Oncu back into third in the standings after Bulega collected only two points from two races. Portimao is a circuit Bulega hasn’t raced at in WorldSSP but did in Moto2™, albeit not scoring points. For Manzi, 2022 has been a story of comebacks and he continued that last time out in Barcelona, surging from 17th on the grid to third. Portimao is a circuit he knows from Moto2™ too, so can he use this to start higher up the grid and secure another rostrum visit for the British manufacturer?

FIVE RIDERS SEPARATED BY 11 POINTS: a close battle for sixth…

Whils the battle for third features three riders separated by 38 points, the battle for sixth is closer and with more riders. It’s currently held by rookie Yari Montella (Kawasaki Puccetti Racing) as he looks to take a first WorldSSP podium and has previous Portimao experience from Moto2™, whilst he also made his WorldSSP debut at the venue in 2021 and claimed sixth place in Race 2 last year. Montella sits one point clear of Glenn van Straalen (EAB Racing Team), with the Dutchman aiming for more consistent results. He’s raced at Portimao three times in WorldSSP, finishing just one race.

Federico Caricasulo (Althea Racing), rookie Adrian Huertas (MTM Kawasaki) and Niki Tuuli (MV Agusta Reparto Corse) make up the rest of this battle and they are separated by just nine points. Caricasulo is a race winner at Portimao, having won in 2019 as well as taking podiums in 2018 and 2021. Huertas has happy memories of Portimao as he was crowned WorldSSP300 Champion here last year with second in Race 2 and first in Race 1. Tuuli’s record at Portimao is a top-five finish in Race 1 in 2021 but retirements in Race 2 and the 2017 race.

TO BE DECIDED: the WorldSSP Challenge winner…

With the last round of the European season comes the end of the WorldSSP Challenge and currently it is headed by Bahattin Sofuoglu (MV Agusta Reparto Corse). Sofuoglu can wrap up the title in Race 1 if he loses two or fewer points to Marcel Brenner (VFT Racing), or he will win in Race 2 if he loses 27 points or fewer across the round. Simon Jespersen (Kallio Racing) is mathematically in contention but trails Sofuoglu by 46 points with 50 available in the WorldSSP Challenge. Jespersen continues to substitute for Alessandro Zetti at Kallio Racing. With Isaac Vinales set to race for D34G Racing in place of Filippo Fuligni again, the Spaniard also remains in contention for the WorldSSP Challenge. He trails Sofuoglu by 47 points with 50 available.

Two wildcards will race in the Portuguese Round with Spanish rider Joan Diaz Corbella (I+Dent Racing Team) making his Championship debut on a Yamaha R6 machine. Australian Tom Edwards (Yart – Yamaha WorldSSP) returns to the class after two wildcard appearances at Assen and Estoril this season. Edwards did race at this venue in WorldSSP300 between 2018 and 2020, taking two top-seven finishes in four races. Unai Orradre (MS Racing Yamaha WorldSSP) will miss the round after sustaining an injury in training, and he will be replaced by Meikon Kawakami; the Brazilian is fourth in the Spanish Supersport championship in 2022. Brenner’s teammate at VFT Racing for Portimao will be French rider Johan Gimbert who will make his WorldSSP debut.

Watch the 2022 Portuguese Round unfold in style using the WorldSBK VideoPass!