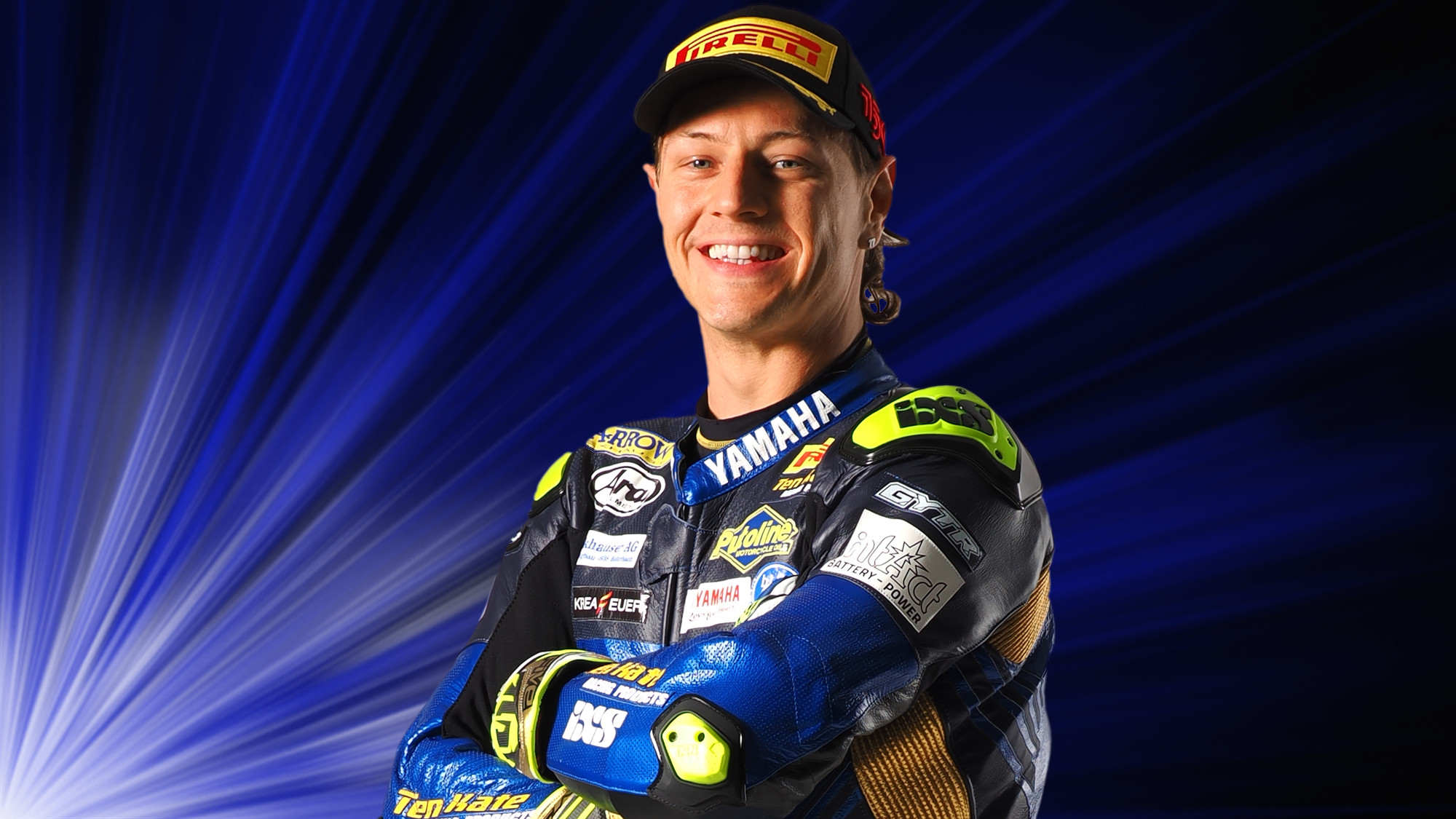 Aegerter won the title in 2021 and currently leads the standings this season as he looks to make it back-to-back titles before his WorldSBK debut, where he will partner Remy Gardner

A new name will join the MOTUL FIM Superbike World Championship grid in 2023 as Dominique Aegerter makes the step up from WorldSSP to WorldSBK with the GYTR GRT Yamaha WorldSBK Team for next season, racing alongside Australian Remy Gardner. It will be an all-new line-up for the satellite Yamaha squad who have opted for a rookie pairing for 2023 as they bring in MotoGP™ rider Gardner and 2021 WorldSSP Champion Aegerter to race their Yamaha YZF-R1 machines.

MOVING UP: a WorldSSP title in the bag and a title fight in progress

Aegerter will be the rider with experience from the WorldSBK paddock in the team with Gardner, having spent two seasons competing in WorldSSP for Ten Kate Racing Yamaha. He stormed to the title in the 2021 season in his rookie season, following in the footsteps of now-Yamaha stablemate Andrea Locatelli (Pata Yamaha with Brixx WorldSBK) in 2020 with the Italian rider stepping up to WorldSBK after his first title success.

Aegerter remained in WorldSSP for the 2022 season with Ten Kate Racing and currently leads the Championship ahead of Lorenzo Baldassarri (Evan Bros. WorldSSP Yamaha Team) by 36 points with four rounds remaining as he goes in search of his second consecutive title. Regardless of the outcome of the 2022 WorldSSP season, the Swiss rider will be on the WorldSBK grid as he joins the GRT Yamaha outfit for his debut in the Championship.

The Swiss rider has also competed in MotoE™ in 2020, 2021 and 2022, finishing third, second and first in his respective campaigns in the electric racing series, while his 2022 campaign also added a Suzuki MotoGP™ test at Misano in place of injured 2020 MotoGP™ Champion Joan Mir. Aegerter has experience of Superbike machines in his career after taking part in the Suzuka 8 Hours race on several occasions, claiming two podium finishes. Aegerter also has plenty of experience from his Moto2™ and 125cc World Championship days as he looks to make a name for himself in WorldSBK, having spent a decade in Moto2™.

Discussing his move to WorldSBK for 2023, Aegerter, who will become the first Swiss rider since Dominic Schmitter in 2019 to race in WorldSBK, said: “I’m super happy to join Yamaha in WorldSBK next season. It is a great opportunity for me, and a fantastic reward for the World Championship title last year and for leading WorldSSP this year. I’m looking forward to riding for the GYTR GRT Yamaha WorldSBK Team, and racing alongside Remy Gardner who, as a Moto2™ World Champion and current MotoGP™ rider, will be a strong teammate.

“I can’t wait for the first test aboard the Yamaha R1 as it’s clearly a competitive bike, with Toprak racing it to the World Championship last year and in the title hunt once again this season. I am happy to have this opportunity, and I want to thank Yamaha and the GYTR GRT Yamaha Team for believing in me. I will give it everything I have next season, but for now my focus is on securing a second successive world title in WorldSSP.”

Yamaha Motor Europe Road Racing Manager, Andrea Dosoli, was full of praise for Aegerter as the Swiss rider gets set for his maiden WorldSBK campaign in 2023. He said: “Ever since he entered the paddock, Dominique has shown that he is one of the top talents, and it was clear from very early on that he was ready for his WorldSBK chance.  Unfortunately, there wasn’t an opportunity to give him that chance in 2022, but when a seat became available for 2023 then Dominique was the obvious choice to fill it. Not only has he impressed with his pace, race craft and consistency, but he’s also shown the determination and drive needed to be competitive at this level. He’s shown throughout his career that he’s able to adapt very quickly to new machinery, and we’re sure that this ability will pay dividends for him when he steps up to race the Yamaha R1 WorldSBK next season. We’re very much looking forward to seeing what he can do. I’d also like to thank Kohta Nozane for his contribution over the past two seasons. He faced many challenges in WorldSBK, but he did so with a positive attitude always. We wish him all the best for the future.”

GYTR GRT Yamaha WorldSBK Team’s Team Manager, Fiippo Conti, echoed Dosoli’s thoughts on Aegerter’s arrival. He said: ““We are pleased to be able to welcome Dominique into the GYTR GRT Yamaha WorldSBK Team for next season. He brings with him a wealth of experience, having proved himself in both the Grand Prix and WorldSBK paddocks with two world titles and a significant lead in the FIM Supersport World Championship this season. We strongly believe that Dominique will be a real asset, both for the team and for Yamaha, and will be able to show his potential on the Yamaha R1 from the beginning.”

JOINING A PODIUM-CONTENDING TEAM: can Aegerter add to their tally?

The GRT Yamaha squad made their WorldSBK debut in 2019 after lots of success in WorldSSP, after taking a title in 2017 with French rider Lucas Mahias and backing that up with race wins in 2018. In 2019, the team competed with Marco Melandri and Sandro Cortese and the team were immediately on the rostrum with Melandri putting them on the podium in their first ever race. A change of line-up followed for 2020 with Garrett Gerloff joining the team alongside Federico Caricasulo. Gerloff did add to the team’s podium count, scoring at least one in every season. After three seasons with GRT Yamaha, Gerloff will make the switch to BMW colours for 2023 while Kohta Nozane’s two-season stint with the team will come to an end at the end of the year.