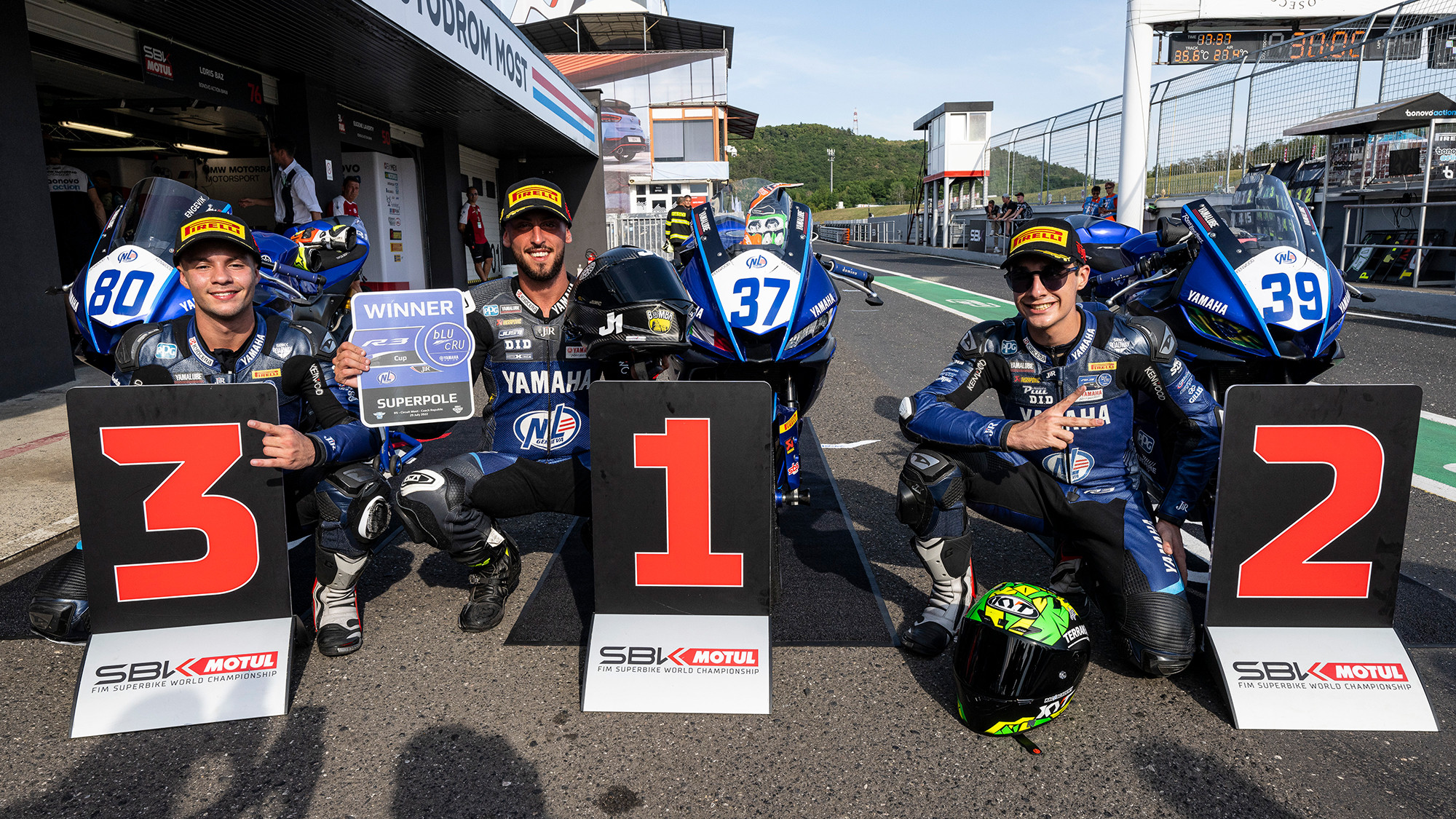 By the time Free Practice got underway in the early afternoon, track temperatures had already risen beyond 35 degrees C, with Donington double winner Devis Bergamini going quickest in the early stages.

The times tumbled throughout the session, and in the end, it was Pizzoli who came out on top. Indonesia’s Wahyu Nugroho also showed impressive pace, leading during the closing stages before being pipped by just 0.097s.

Bergamini eventually ended Free Practice in third, ahead of Brazil’s Gustavo Manso and Valentim. French youngster Clement Rouge was sixth, with Polish duo Jurand Kusmierczyk and David Nowak both within half-a-second of the fastest time in seventh and eighth.

Eduardo Burr made it three Brazilians inside the top nine, having led in the early stages, with French youngster Gregory Carbonnel rounding out the top 10.

In the Superpole, Bergamini was fastest after the first runs and the Italian held onto that advantage throughout the opening 15 minutes of the session. Valentim then fired in a blistering lap, becoming the first rider to dip below the 1’51s mark.

With 10 minutes remaining however, Pizzoli managed to usurp his title rival by 0.047s before going even quicker in the closing stages to take another pole position.

Manso extended his run of front row starts to four, going third fastest ahead of Rouge. The French rider enjoyed his best Superpole result yet, having qualified fifth at the previous three rounds.

Bergamini was the final rider to clock a time in the 1’50s, and will start tomorrow’s races from fifth, with Carbonnel joining him on the second row. Burr managed his best qualifying of 2022 in seventh, starting on row three alongside Australia’s Archie McDonald, and Kusmierczyk. Nugroho was unable to match his earlier pace and will line-up 10th for tomorrow.

Andrea Pizzoli said: “It was difficult, but I’m very happy with the pole position lap. This my third now of the season! I like the track, it’s my first time, and my team and mechanics did a great job. Thank you to them, my father, my sponsors, and everyone else at Yamaha who help me. I look forward to the races tomorrow and I try to win.” 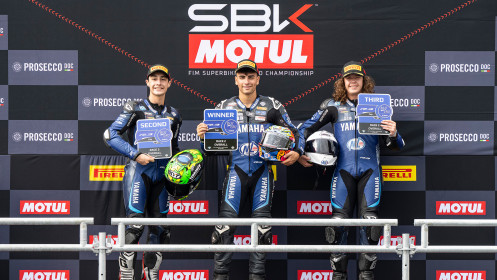