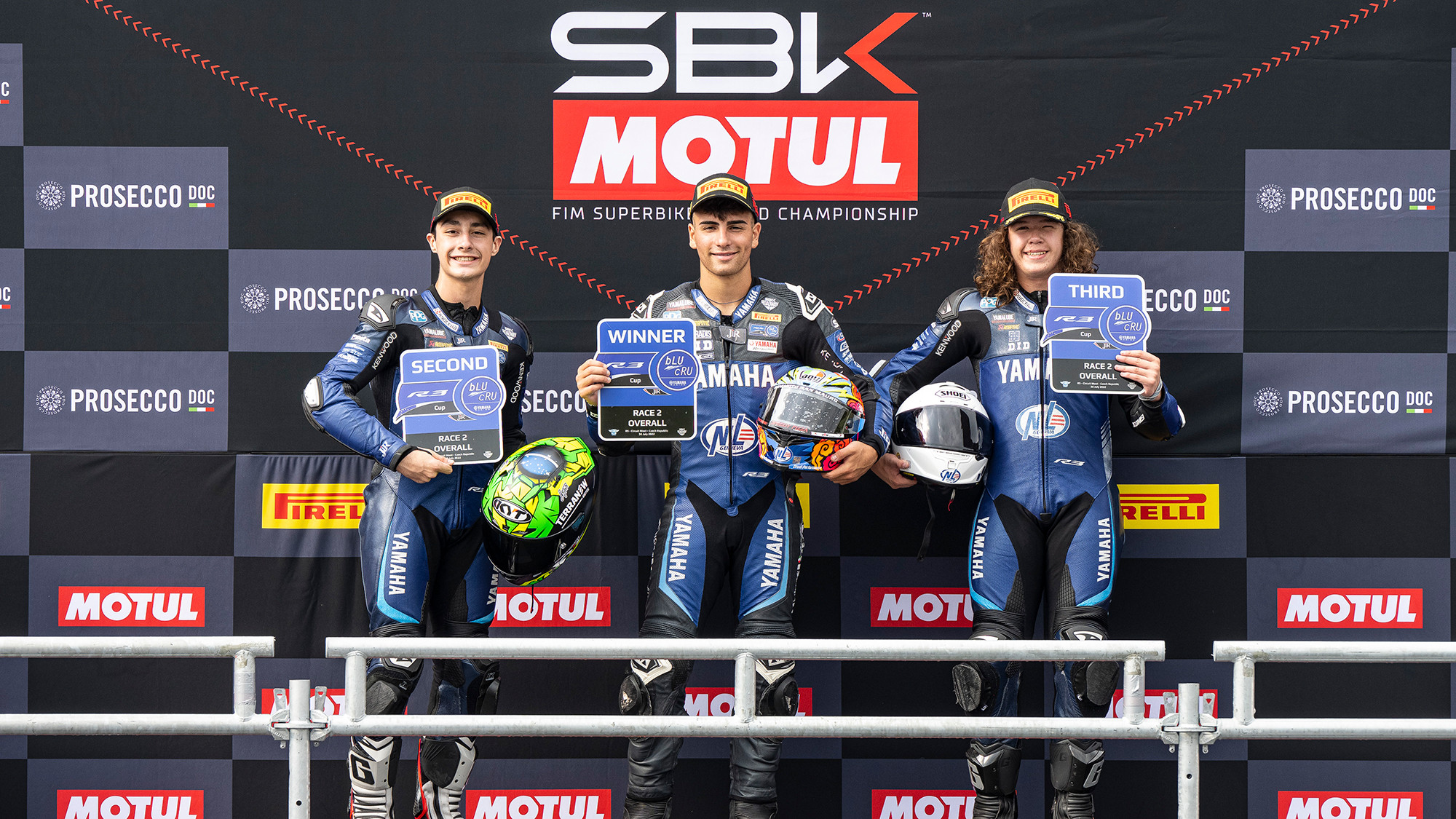 Standings leader Enzo Valentim moved one step closer to the title, taking a pair of podium finishes to move 41 points clear of nearest rival Bergamini with one round to go.

Having taken his third consecutive pole position on Friday, Andrea Pizzoli immediately found himself losing places, as those behind slipstreamed through on the run into Turn 1. Valentim assumed the lead early on, before Bergamini fired through.

The Italian had to serve a ride through penalty for dangerous riding at the end of the Donington race, dropping him to the back of the field. Meanwhile, Pizzoli, Valentim and Manso each traded places out front, with Australia’s Archie McDonald also in the mix.

Eight riders took turns out front throughout the 11-lap contest, with Valentim taking the lead as they headed into the first chicane on the final tour. Manso was able to find a way past his fellow Brazilian though, and despite losing out in the last corner, he powered back through across the line for his first-ever Cup win.

Valentim ended the race just 0.008s behind in second, with Indonesia’s Wahyu Nugroho producing a stunning ride to claim his maiden podium in third.

Kevin Fontainha made it three Brazilians in the top four, with McDonald initially crossing the line ahead, before a penalty for track limits dropped him to fifth. Pole-sitter Pizzoli eventually finished sixth, ahead of Brazil’s Eduardo Burr who took his best result of the season.

French youngster Gregory Carbonnel was penalised a position and dropped back to eighth, with fellow countryman Clement Rouge ninth. Thai rider Krittapat Keankum finished just outside of the lead group to round out the top 10.

“I’m very happy with my first victory in the championship,” Manso said. “I have been trying for this since the first race in Aragon, but the category is very difficult because the bike is the same for all riders. I would like to thank all my team and my sponsors for being with me and helping make my dream come true.”

In Race 2, the Czech crowd witnessed another thrilling contest, with 13 riders battling it out victory. Manso took the lead from Pizzoli heading into Turn 1, but it was Valentim who once again led the field by the end of lap 1.

As they filed past the start/finish line on the penultimate lap, it was Fontainha who headed the field, but on the run out the first chicane, Kusmierczyk powered through. Bergamini then fought his way into the lead, but Valentim just beat him on the run to the line, dragging Kusmierczyk with him.

It looked like the title was sealed, but the top two were then demoted places due to track limits on the final lap, seeing Bergamini promoted to victory, with Valentim second and Kusmierczyk third.

Behind the podium finishers came Pizzoli, with Nugroho fifth, having also been penalised on the final lap. Rougé was sixth, ahead of Race 1 winner Manso and Carbonnel. Burr and McDonald also received penalties, seeing them classified in ninth and 10th.

“Overall, this weekend was difficult because in Race 1 I had to do a ride through, which meant I lost the race,” Bergamini said. “It was not good for the championship, but in Race 2 it was great to come back with a win. I had a lot of close battles and it was great that I now keep the championship alive, even if it’s just a small chance. I look forward to the final in France.” 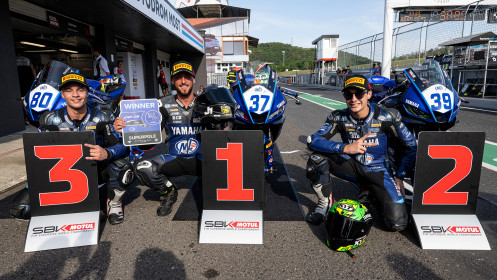