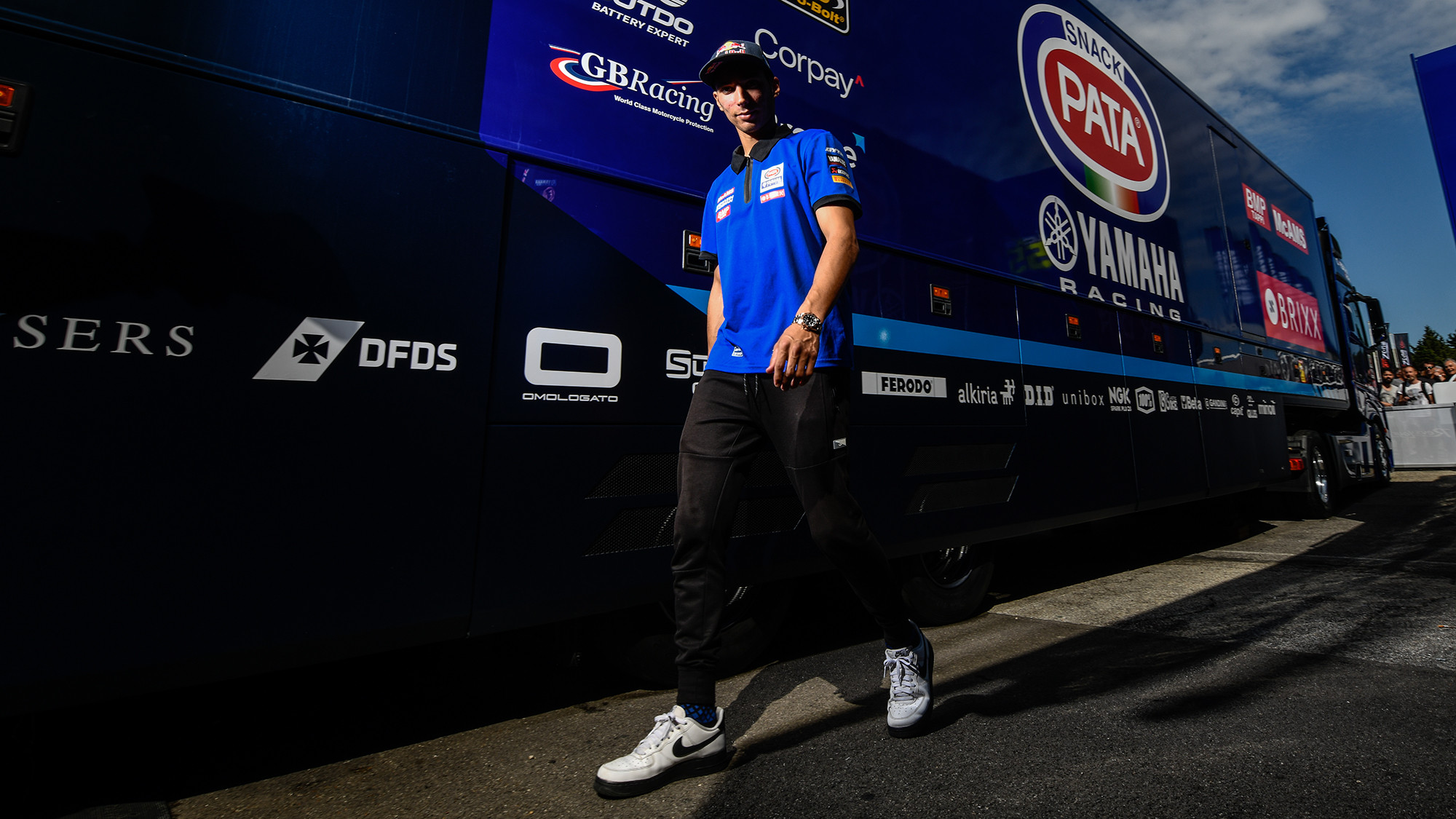 MotorLand Aragon was the scene of Toprak Razgatlioglu’s (Pata Yamaha with Brixx WorldSBK) first MotoGP™ test. The reigning MOTUL FIM Superbike World Championship title winner was able to get on the Yamaha YZR-M1 machine at the Spanish venue as he tried out the MotoGP™ machine from the same manufacturer that he competes with in WorldSBK as he goes for a second title.

Razgatlioglu completed 40 laps at the Spanish venue on a day which was cut short by a heavy rain shower as he took part in the one-day private MotoGP™ test. The reigning WorldSBK Champion started his maiden outing on MotoGP™ machinery with a 12-lap run to understand the different tyres, before completing shorter stints afterwards.

This allowed the Yamaha MotoGP™ Test Team to make setup adjustments to the Yamaha M1 machine based on the feedback from Razgatlioglu as well as looking at the data collected. Razgatlioglu was joined by 2009 WorldSSP Champion Cal Crutchlow, with the Brit’s lap times used as a reference during the test, but rain in the afternoon cut short the day for Razgatlioglu’s maiden MotoGP™ test.

Reacting to his first MotoGP™ test, Razgatlioglu said: “This was my first day on the Yamaha M1 MotoGP™ bike and it felt completely different to my R1. More horsepower, different electronics, seamless gearbox, all of which is completely new for me.  With every lap I learned more, because after WorldSBK it’s not so easy to adapt to the MotoGP™ machine. Fortunately, I had Cal Crutchlow on hand to offer advice and he was able to help me a lot. The bike feels good, especially on the straight where it’s very fast, and it was interesting to experience the carbon brakes.

“The conditions were really hot today, so we stuck to doing five or six lap runs only after the initial run of 12 laps to get a first feeling for the bike. When I watch the MotoGP™ bikes on television here at Aragon you can see it is a bit bumpy, and I can feel it here today. It’s not so bad, you have to keep the gas open to ride through the bumps, because if you close then it becomes more unstable. Overall, a very positive test, even if it was cut short by rain this afternoon, which meant I didn’t get quite as many laps in as I’d have liked. I really enjoyed riding the MotoGP™ bike, so many thanks to Yamaha for allowing me this opportunity.”

Although Lin Jarvis, Team Principal at Monster Energy Yamaha MotoGP™ has confirmed there is “no spot” for Razgatlioglu in MotoGP™ for 2023, the Turkish star was still able to get his hands on the M1 at Aragon. The test came just a few weeks after the defending Champion claimed his first victory of the 2022 season at the Emilia-Romagna Round in the Tissot Superpole Race. Of course, Razgatlioglu came close to two wins in Estoril but lost out twice on the final lap: In Race 1, to Alvaro Bautista (Aruba.it Racing – Ducati) on a run to the line and then in the Superpole Race, when a Marc Marquez-style save allowed Jonathan Rea (Kawasaki Racing Team WorldSBK) through with just a few corners to go.

In a recent interview, Razgatlioglu’s Crew Chief, Phil Marron, explained why he believes Razgatlioglu would be able to quickly adapt to MotoGP™. Ahead of the Emilia-Romagna Round, Razgatlioglu opened up about where he sees his future in WorldSBK as he looks to match Rea in the record books, plus much more.