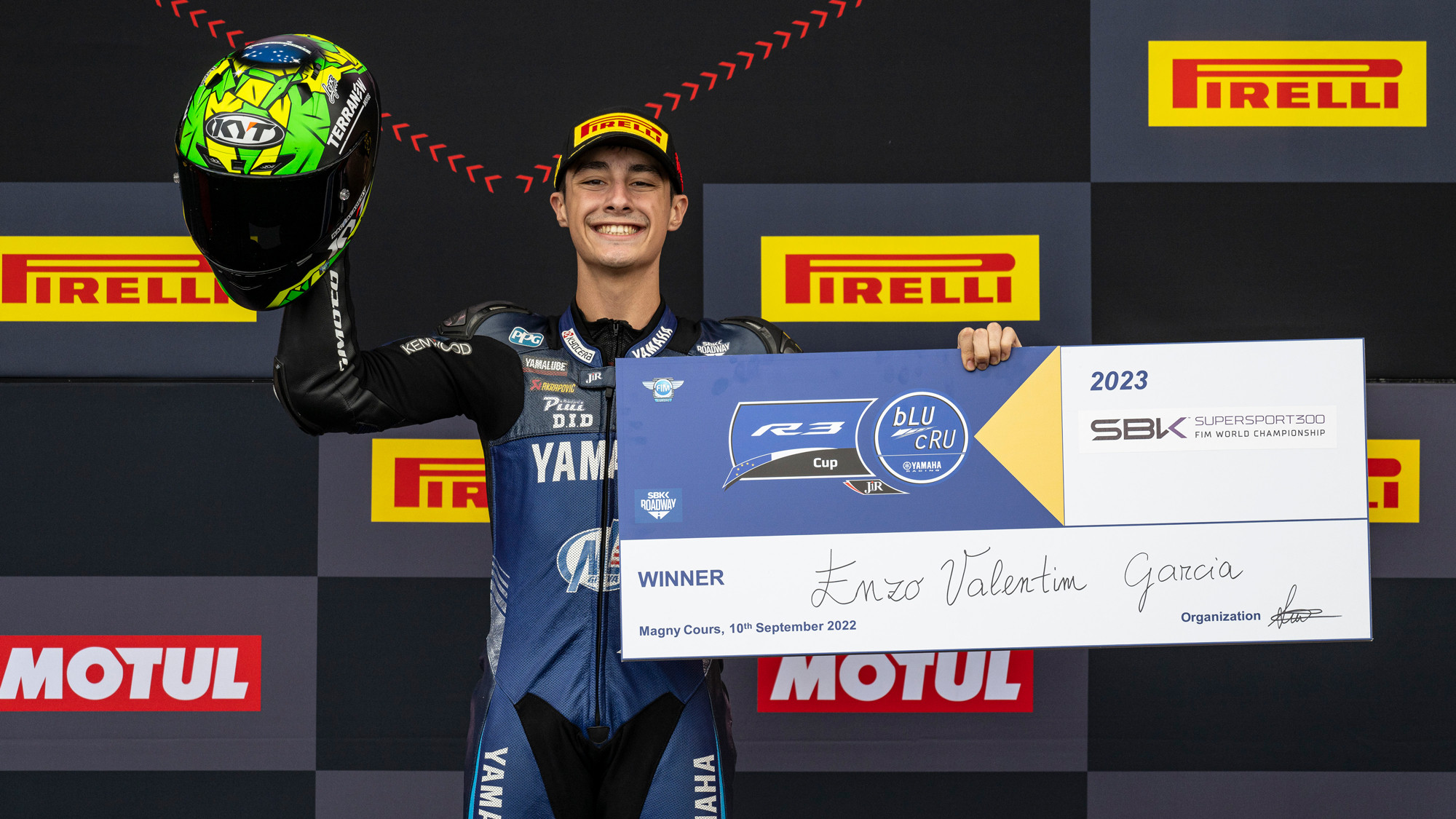 In a dramatic final round of the 2022 Yamaha R3 bLU cRU European Cup, Enzo Valentim was crowned European Champion in the opening race of the weekend at the Circuit de Nevers Magny-Cours. Fellow Brazilian Kevin Fontainha edged out Devis Bergamini in the battle for second in the standings, while Gustavo Manso closed the season with a double victory.

Valentim’s title win means he will contest the 2023 FIM Supersport 300 World Championship with full support from Yamaha, while Fontainha earns a wildcard ride and, alongside Bergamini, a 50 percent discount for the next Yamaha R3 bLU cRU European Cup campaign.

Having qualified on pole position this weekend, Valentim led the 22 young riders away in Race 1, holding his advantage as they filed through the first corner. However, while the #39 rider battled with Manso and Eduardo Burr on the sixth lap, title rival Bergamini made contact with Valentim’s Yamaha R3, causing him to fall.

He was able to pick the bike back up and continue outside the points, while Bergamini continued to battle inside the podium places, needing to finish third to keep his title hopes alive.

Meanwhile, Manso pulled clear out front as the battle for second intensified between Bergamini, Burr, Grégory Carbonnel and Fontainha. Manso went on to take his second victory of the season by almost three seconds, while the four behind fought right until the end.

French rider Carbonnel initially finished second but dropped to third after a penalty for track limits, promoting Fontainha. Bergamini’s slim hopes of taking the title were over, as he crossed the line in fourth, which became seventh after a three-second time penalty was applied.

Valentim did eventually finish the race, albeit outside the points, but with a 32-point advantage over Bergamini the title was sealed.

In the final race of the 2022 season, 11 riders found themselves in the hunt for victory in an epic scrap out front. Valentim, Manso and Indonesia’s Wahyu Nugroho emerged as the main contenders, and on the last lap it was the Race 1 winner who claimed victory once again, after diving to the inside of a five-wide battle into the penultimate corner and holding off those behind on the run to the line.

Nugroho ended his season with another podium in second, while Carbonnel celebrated another third-place result. Valentim capped of his title-winning campaign in fourth, ahead of McDonald and Keankum.

Burr was seventh, with Fontainha’s eighth-place result enough to see him jump ahead of Bergamini, whose six-second penalty dropped him to 11th, behind Poland’s David Nowak and Rougé.

2022 Cup winner Valentim said: “It was an incredible season and to be champion is amazing. Now I will start to prepare myself for next year in the world championship, I feel like I’m ready for this and I already can’t wait to be out on track again. It wasn’t exactly the way I wanted to become champion, with the incident in Race 1, but in the end I’m happy. Thanks to everyone who helped me this year.”

Discussing his two wins, Manso said: “It’s my first double victory on my first time at this track. I’m really happy to end the season this way. I’d like to thank everybody for making this year possible, and I’m looking forward to returning next year where I can hopefully fight for the title.” 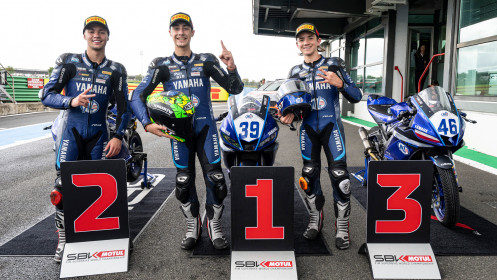