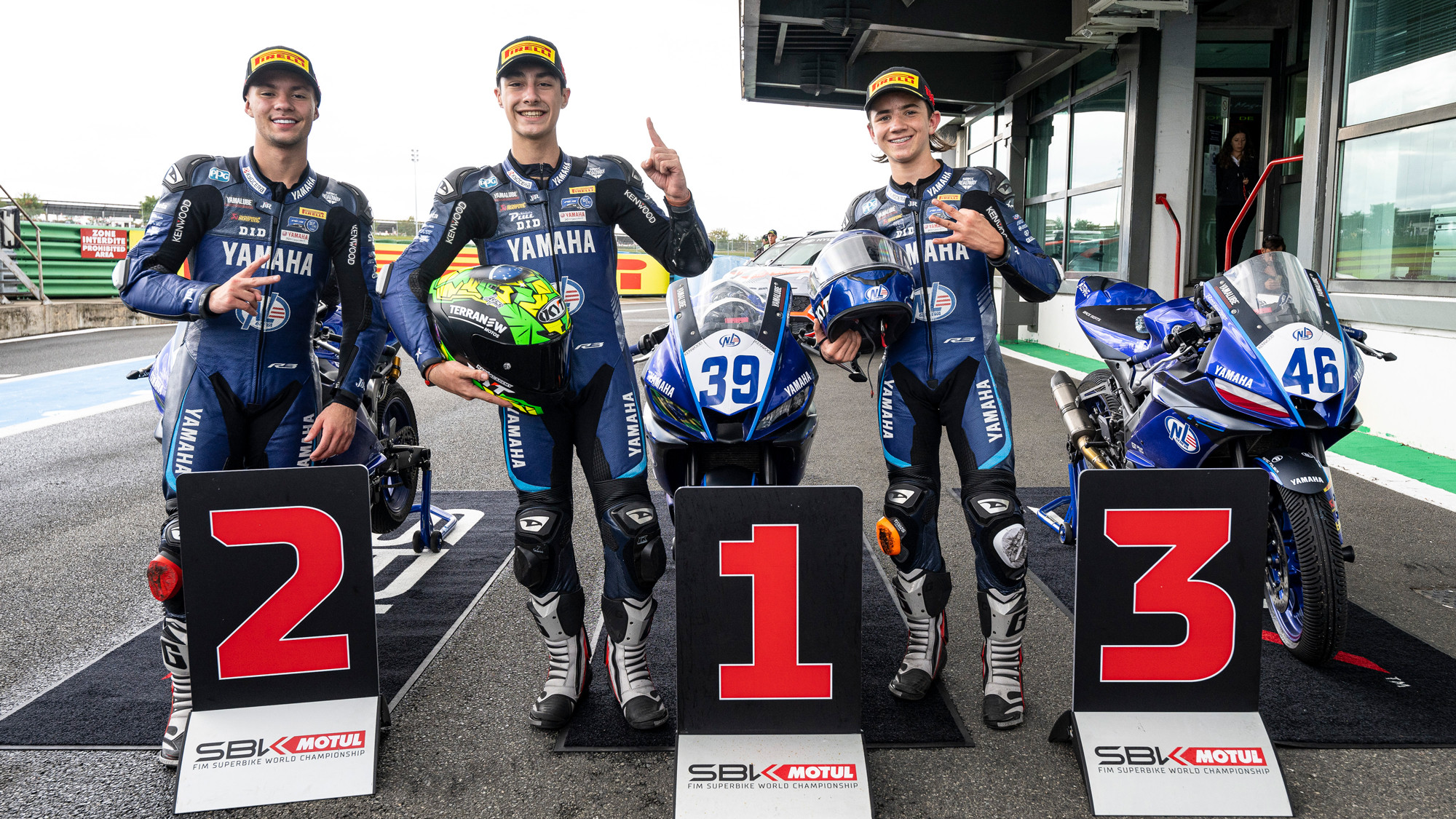 Standings leader Enzo Valentim got off to the best start possible for the final round of the 2022 Yamaha R3 bLU cRU European Cup, as the Brazilian claimed pole position in drying conditions at the Circuit de Nevers Magny-Cours, while title rival Devis Bergamini is set to line up 12th.

Joining Valentim on the front row will be fellow Brazilian Gustavo Manso, with Poland’s David Nowak enjoying his best qualifying session in the Cup to go third.

The day began with sunny skies in Free Practice, as the 22 youngsters got to grips with the French circuit for the first time. At the end of the session, Eduardo Burr went fastest ahead of fellow Brazilian Gustavo Manso.

Kevin Fontainha, who enters this weekend third in the standings, made it an all-Brazilian top three, ahead of French rider Grégory Carbonnel. Australia’s Archie McDonald was fifth fastest, with Indonesia’s Wahyu Nugroho sixth.

In typical Magny-Cours fashion, rain showers throughout the morning and early afternoon meant qualifying began in wet conditions. Despite running without any slipstream, McDonald was fastest out the blocks and extended his advantage throughout much of the session, as the rain held off and the track continued to dry out.

However, in the final five minutes Clément Rougé launched himself to the top of the timings, but was soon usurped by Manso. In the last moment though, Valentim managed to go 0.269s faster to claim his second pole of the season.

Manso’s second place in qualifying means he starts on the front row for the fifth consecutive round, with Nowak also getting ahead of McDonald to claim third. The Australian ended the session in fourth, with Rougé eventually qualifying in fifth.

Fellow Frenchman Carbonnel was sixth, ahead of Thai rider Krittipat Keankum, who had run inside the top three in the early stages of qualifying. Nugroho was eighth, with Italy’s Diego Palladino and Fontainha rounding out the top 10.

Elsewhere, American youngster Travis Horn enjoyed his best qualifying in 11th, with French wildcard Justine Pedemonte a solid 16th, despite a fall earlier in the session.

The Italian, who crashed alone after running off track, was initially treated at the circuit medical centre to stabilise his injuries before being airlifted to the Centre Hospitalier Universitaire François Mitterand in Dijon, where he is conscious and in a stable condition.

After a further assessment by medical staff at the hospital, Pizzoli was diagnosed with concussion, a fracture to the left tibial plateau, a vertebral thoracic fracture but with no neurological damage and a fractured left collarbone.

Everyone in the Yamaha Racing family and the R3 bLU cRU European Cup paddock wishes Andrea a speedy recovery.

Enzo Valentim said: “First of all, I would like to wish Andrea a speedy recovery after his crash this morning and we’re glad to hear that he is in a stable condition. In qualifying, I was not expecting a good result, because usually I don’t have a great feeling in the wet conditions. I was hoping to just be inside the top 10 and have a strong race tomorrow, but I felt really good on the bike and I could see a drying line on the last lap, so I gave it my best and got pole position. I was not expecting this, I’m really happy and now I’m ready for the first race, where I have the chance to be champion.” 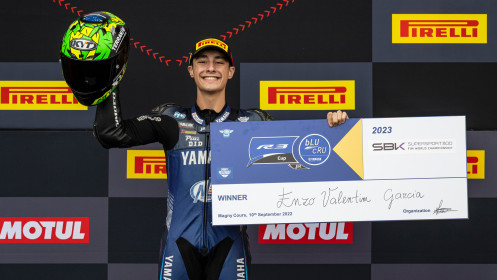