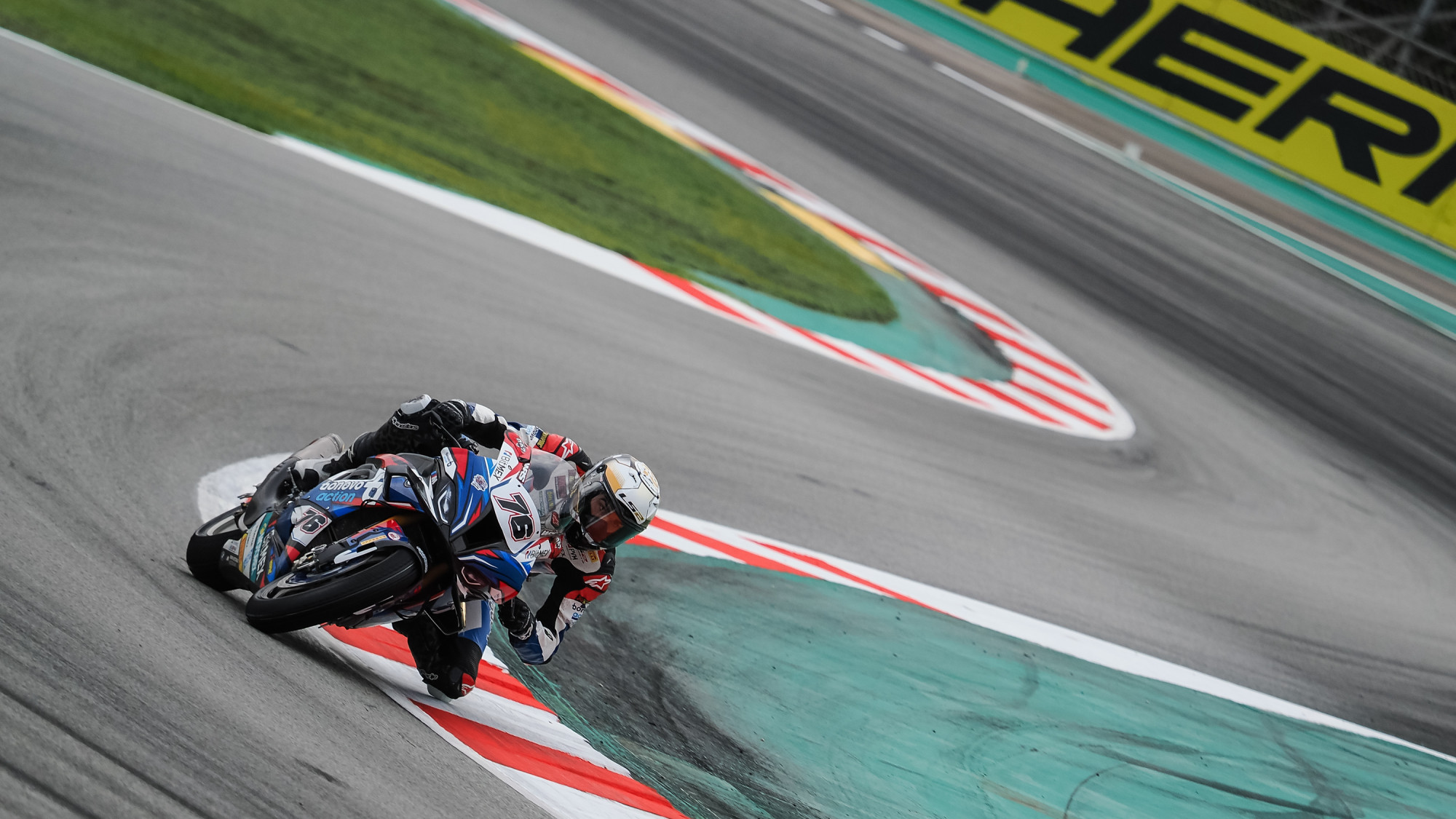 It was a damp start to Saturday at the Circuit de Barcelona-Catalunya in Spain following a massive overnight thunderstorm. However, the track was drying and the 2022 MOTUL FIM Superbike World Championship riders were ready for action, although only a handful went out in the tricky damp conditions. With the chequered flag being flown, it was Loris Baz (Bonovo Action BMW) who took the plaudits as he secured a fine P1, although only six riders went out on track.

Leaving it late to go to the top, Loris Baz was the rider who set the final flying lap which took him to the top of the times. Baz is always one to watch in tricky conditions and put BMW on top in FP3. On track for most of the session, Alvaro Bautista (Aruba.it Racing – Ducati) was getting valuable data, with the Championship leader setting the pace and putting his Ducati on top sporadically throughout the session on his way to second. Reigning World Champion Toprak Razgatlioglu (Pata Yamaha with Brixx WorldSBK) was able to top the timesheets with just over two and a half minutes left to go. Razgatlioglu isn’t known as a wet weather specialist, but he led the race in the tricky conditions in Barcelona last year, before retiring with an electrical problem. At the end of the session, Razgatlioglu took third.

Eugene Laverty (Bonovo Action BMW) was fourth as he got crucial laps in during the session, finishing ahead of Independent Ducati duo Axel Bassani (Motocorsa Racing) and Philipp Oettl (Team Goeleven; they were the only riders to set a lap time in FP3.. One rider who went out but didn’t register a lap time was Garrett Gerloff (GYTR GRT Yamaha WorldSBK Team); the American went out on slicks but came straight back into pitlane, not happy with the feeling on track with dry rubber. Jonathan Rea (Kawasaki Racing Team WorldSBK) didn’t go out in the session as he stayed safe in pitlane, whilst Hafizh Syahrin (MIE Racing Honda Team) has been ruled out for the weekend due to an upper respiratory tract infection.

Watch the Catalunya Round in style, LIVE and wherever you are with the WorldSBK VideoPass!