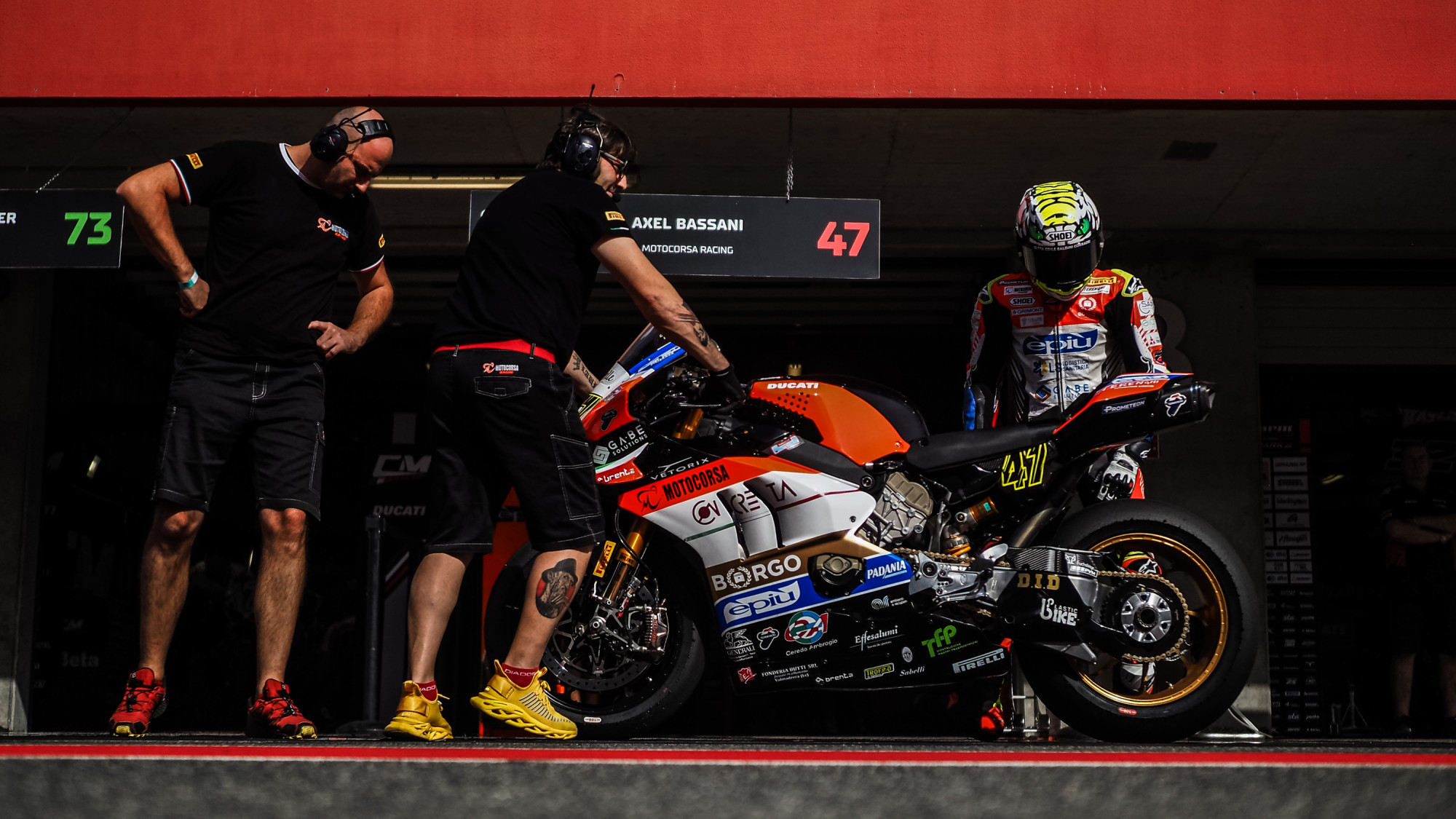 With the 2022 MOTUL FIM Superbike World Championship season in its final European round of the season, seats for 2023 are the talk of the paddock. However, one rider has been confirmed, with Axel Bassani penning a new deal that will see him continue with Motocorsa Racing into 2023. The Italian was hoping for the factory bike in the Aruba.it Racing – Ducati team, to partner Championship leader Alvaro Bautista, but he was beaten to the seat by Michael Ruben Rinaldi, who retains his place in the team until at least the end of next year.

Bassani came into the paddock back in 2016 in the STK600 class where he was an immediate hit, taking a front row in his first ever race and then a first podium in his second race, finishing second at Magny-Cours behind Augusto Fernandez. In 2016, he clinched the European Supersport class title with five top ten finishes in the overall WorldSSP races, with a best of fourth coming at Magny-Cours once more; he was just 17 at the time of this achievement. He returned for two races with the Puccetti Kawasaki squad in 2017 and was in the points, whilst he then took part in a sole STK1000 race in 2018, where he finished sixth on a BMW at Misano. Staying in Italy in 2019 and taking two podiums in the Italian CIV Superbike championship, Bassani was back in WorldSSP with the Motoxracing Yamaha team, consistently in the points and in the top ten on occasion.

However, it would be his move to WorldSBK which would throw the charming, humorous Italian into the spotlight. A baptism of fire soon turned into a stroke of genius as Lorenzo Mauri and the Motocorsa Racing Ducati outfit build momentum. A slow start in 2021 was reversed with a hat-trick of top seven finishes at Misano, before he remained in the top ten for more or less the remainder of the season. Leading a race for the first time in Barcelona, Bassani took an emotional first podium of his career with second, part of Ducati’s first 1-2-3 (Scott Redding won with Michael Ruben Rinaldi in third) in over nine years. He was in the fight for victory in Argentina and again in Indonesia and by the end of 2021, finished as the one of the top five points scorers from the last three rounds, helping him to ninth overall and standing out as one of 2021’s revelations. 2022 has seen more success with two podiums at Magny-Cours and 22 points-scoring races out of 24 seeing him currently lie sixth overall, 35 points behind Rinaldi.

Speaking about his deal, Bassani gave his thoughts: “I’m really happy to continue with Motocorsa and we’ll see what happens! This year, we did a really good job and we continued in a good way and grew up a lot. I’m happy to stay with the mechanics and with all the team. I hope to compete for the top three but it’s really difficult with Toprak, Jonny and Alvaro are on another level right now. We’ll aim for this and try to do the best possible. I hope to be on the podium every weekend! I want to enjoy the moment and this season, and after, during the winter break, I’ll start to focus on 2023.

“The negotiation was normal, like speaking with a friend. Me and Lorenzo Mauri have a really good friendship; I ask for some things but nothing special, it was very normal. I’m really happy to continue with this team because I arrive in WorldSBK with them. It’s special that if I don’t have a space on a factory bike, then I’m happy to stay here because I think it’s the best place to race with an Independent team. After 2023, we’ll see if we have the possibility to go on a factory bike and compete for the Championship.”

Keep up to do date with all of the 2023 riders news here with our ultimate 2023 silly season article! 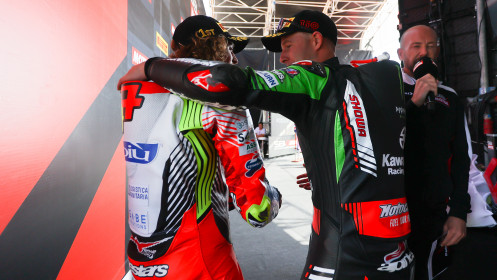 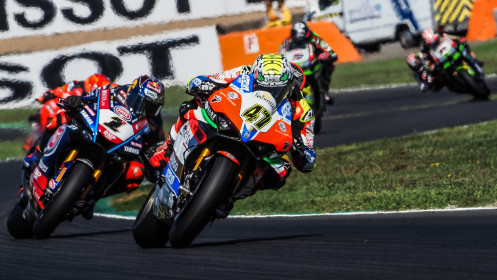