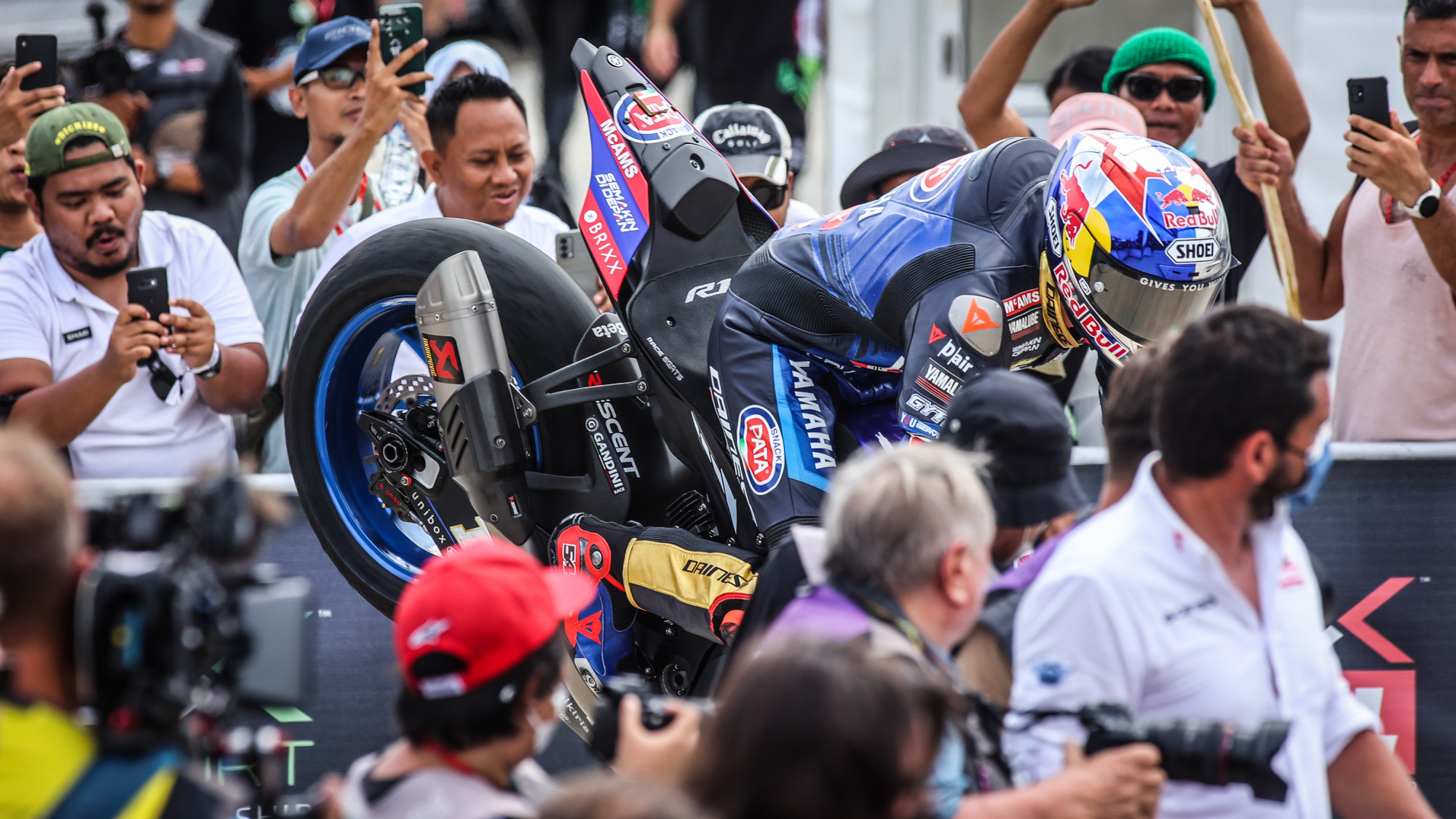 The 2022 MOTUL FIM Superbike World Championship’s penultimate round’s first race has been logged in the history books; the 900th race in the Championship’s history was won by Toprak Razgatlioglu (Pata Yamaha with Brixx WorldSBK), who led from start to finish and never really looked in doubt. Razgatlioglu sits second in the Championship and with his victory, puts Alvaro Bautista’s (Aruba.it Racing – Ducati) title celebrations on hold until at least tomorrow.

It was a great start from the #1 Yamaha who surged away from his pole position, having set a new lap record in Tissot Superpole and sporting the biggest margin in a WorldSBK Superpole session for 15 years. Teammate Andrea Locatelli shadowed him on the opening lap and made it a Yamaha 1-2 in the early stages, before being passed by Jonathan Rea (Kawasaki Racing Team WorldSBK) into Turn 10 on Lap 2. Rea couldn’t go with Razgatlioglu however, with the Turk setting a phenomenal pace. In the low 33s and high 32s at the start of the race, Razgatlioglu settled into a steady rhythm in the mid 1’33s, keeping those behind him at bay.

There was one small blunder on his way to victory, as he had a moment at Turn 7 and had to cut through the fast esses, allowing Alvaro Bautista to close up to 1.1s behind him. However, Razgatlioglu responded instantly with two immediate 1’33.2s, breaking Bautista’s will and heading for his 28th victory with Yamaha, the any rider has achieved with the manufacturer, one more than Noriyuki Haga’s tally.

Speaking about his victory in Indonesia, Razgatlioglu was elated to add Mandalika to the list of circuits he has won at: “Today, I am very happy because we are very strong. In FP3, it was a very good lap time and in Superpole it was an unbelievable lap time! For me, it was important to win the race. It was good for me but not easy for anybody because of the very hot conditions. In the race, I made just one mistake but I didn’t crash.”

Talking about the moment on Lap 13 at Turn 7, the reigning World Champion cast his mind back to Marc Marquez’s massive highside at the corner in MotoGP™ earlier in the year: “In corner six, I touched the dirty line and in corner seven I closed the gas because the rear was sliding. I felt the sliding after I touched the gas. I went wide because it wasn’t possible to turn. Afterwards, I remember Marc Marquez who had a very big crash here. Always, I am just scared of corner seven because you have just one line and you try to ride this line. You are always thinking this but sometimes make a mistake.”

Watch all the action from Indonesia on Sunday using the WorldSBK VideoPass! 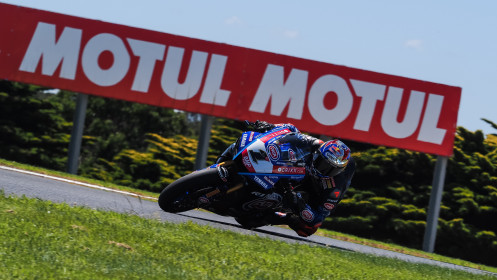 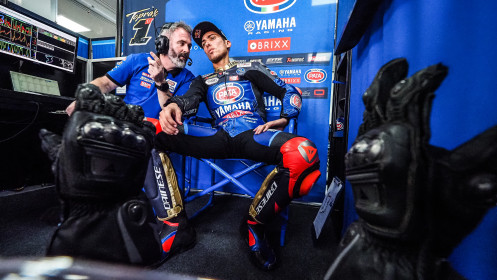 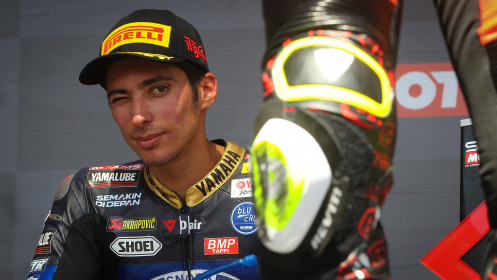 Turkish star Razgatlioglu took a hard-fought victory in Sunday’s Superpole Race, earning redemption as he made overtakes in the corner he crashed in Race 1