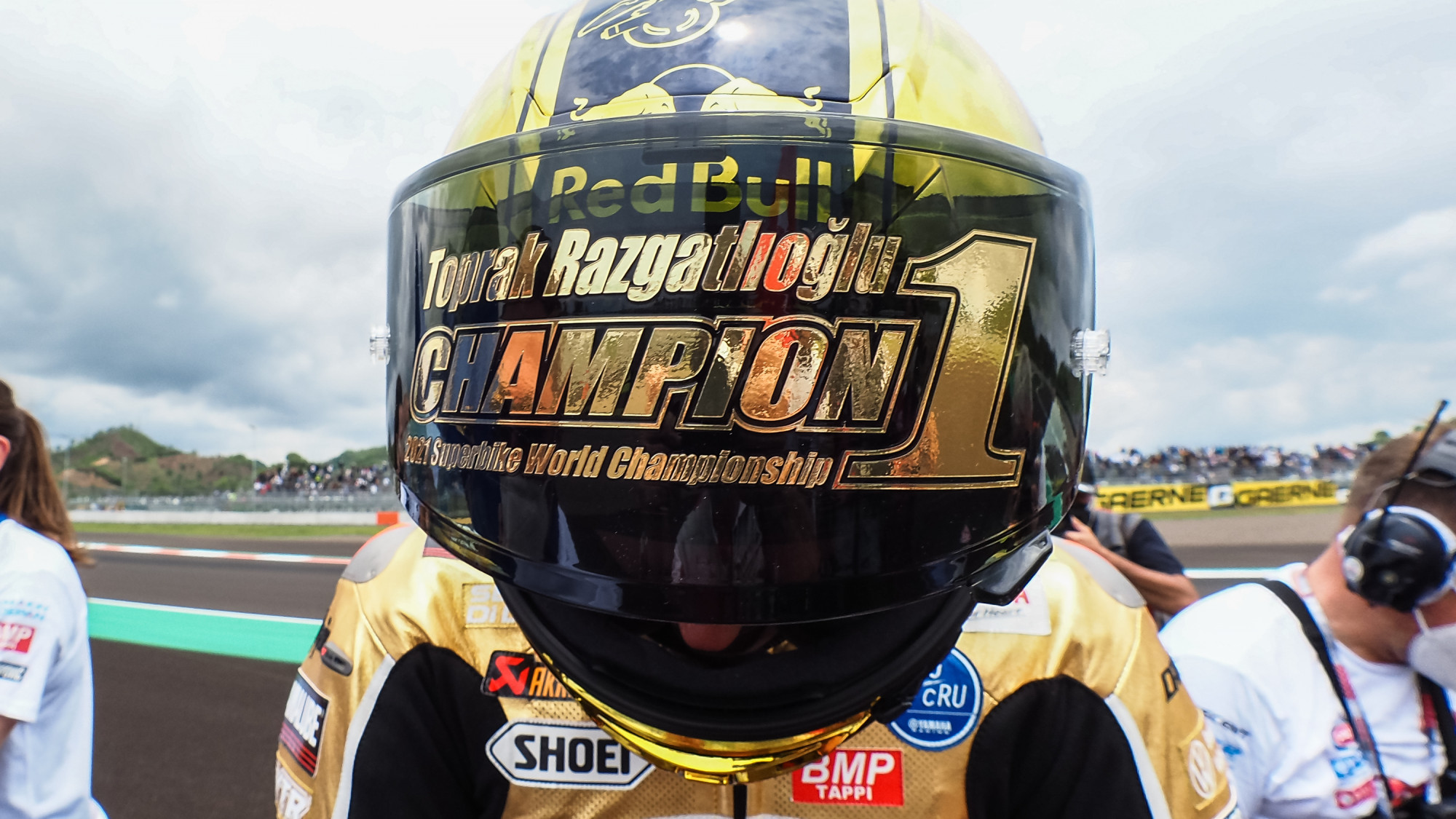 The 2021 WorldSBK season is over and there’s a new Champion: from why he races the #54 to living a humble life at home with his mother, there’s plenty of things to find out about Toprak Razgatlioglu

The 2021 MOTUL FIM Superbike World Championship has been wrapped up in style by Toprak Razgatlioglu (Pata Yamaha with Brixx WorldSBK), with the Turkish rider clinching it on Sunday afternoon in Indonesia at the all-new Pertamina Mandalika International Street Circuit. Despite a closely fought title race, which saw him dethrone six-time World Champion Jonathan Rea (Kawasaki Racing Team WorldSBK), Razgatlioglu has been full of flamboyancy in his riding on screens, but what about some surprising facts from behind-the-scenes?

1.- Toprak Razgatlioglu was born on the 16th October, 1996 in Alanya, Turkey. His birthday is something he shares with Italian teammate, Andrea Locatelli.

2.- Razgatlioglu lives in Sakarya in Turkey with his mum. The house isn’t far from where he trains at Kenan Sofuoglu’s karting circuit.

3.- Toprak was entered into the European Superstock 600 Championship race at Magny-Cours by Kenan Sofuoglu back in 2014, his debut in the class. He won the race by less than two tenths of a second ahead of Anthony Dumont and Niki Tuuli.

4.- Five-time WorldSSP Champion Kenan Sofuoglu is his manager and mentor. Riding the #54, Razgatlioglu is the protégé of Kenan Sofuoglu, hence the number.

5.- Toprak is a fan of extreme sports, and enjoys plenty of jet skiing, fliteboarding and, in the winter, snowboarding. He also enjoys karting at Sofuoglu’s circuit and using motocross bikes. If it has wheels OR an engine, it seems it is good for Razgatlioglu. However, he can also do a variety of gymnastic tricks, such as handstands and hand walking, something he learnt to do in the sea when he grew up in the coastal town of Alanya.

6.- He is the first WorldSBK Champion from Turkey, following in the steps – or tyre marks – of Kenan Sofuoglu, who never enjoyed the same amount of success in WorldSBK as he did in WorldSSP. Sofuoglu said once that, “Our plan since I put him into the FIM Europe Superstock 1000 Cup was to make him the first Turkish World Superbike Champion and we want to reach this goal.”

7.-On his race helmet, there’re the initial T.T.A. These are for himself, his brother Tümay and his father Arif. These are also the initials of his father’s nickname: Tek taker Arif, which translates to “Wheelie Arif” in English. On November 17th, 2017, Toprak’s father lost his life in a motorcycle accident in Turkey.

8.- When Razgatlioglu arrived in San Juan in Argentina, the local fans were quick to give Toprak a nickname, thus “El Turco” was born.

9.- Toprak is also Muslim, and therefore doesn’t spray the Prosecco DOC on the podiums due to the prohibition of alcohol in Islam. He also prays before the races and on the grid.

10.- Toprak has followed in his father’s footsteps in learning some stunts, particularly mastering the art of the stoppie. Whether it is rolling in and turning or the traditional hard-braking, Toprak’s party trick is the stoppie, something he and MotoGP™ Grand Prix winner Jack Miller have a bit of a competition with.

We could just watch this all day

Watch the drama unfold throughout the off-season and beyond with the WorldSBK VideoPass! 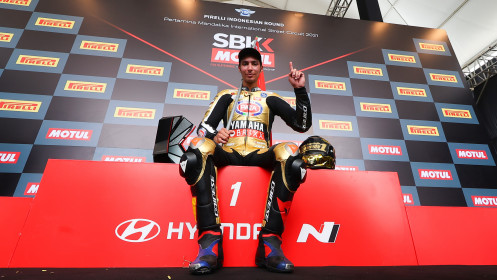