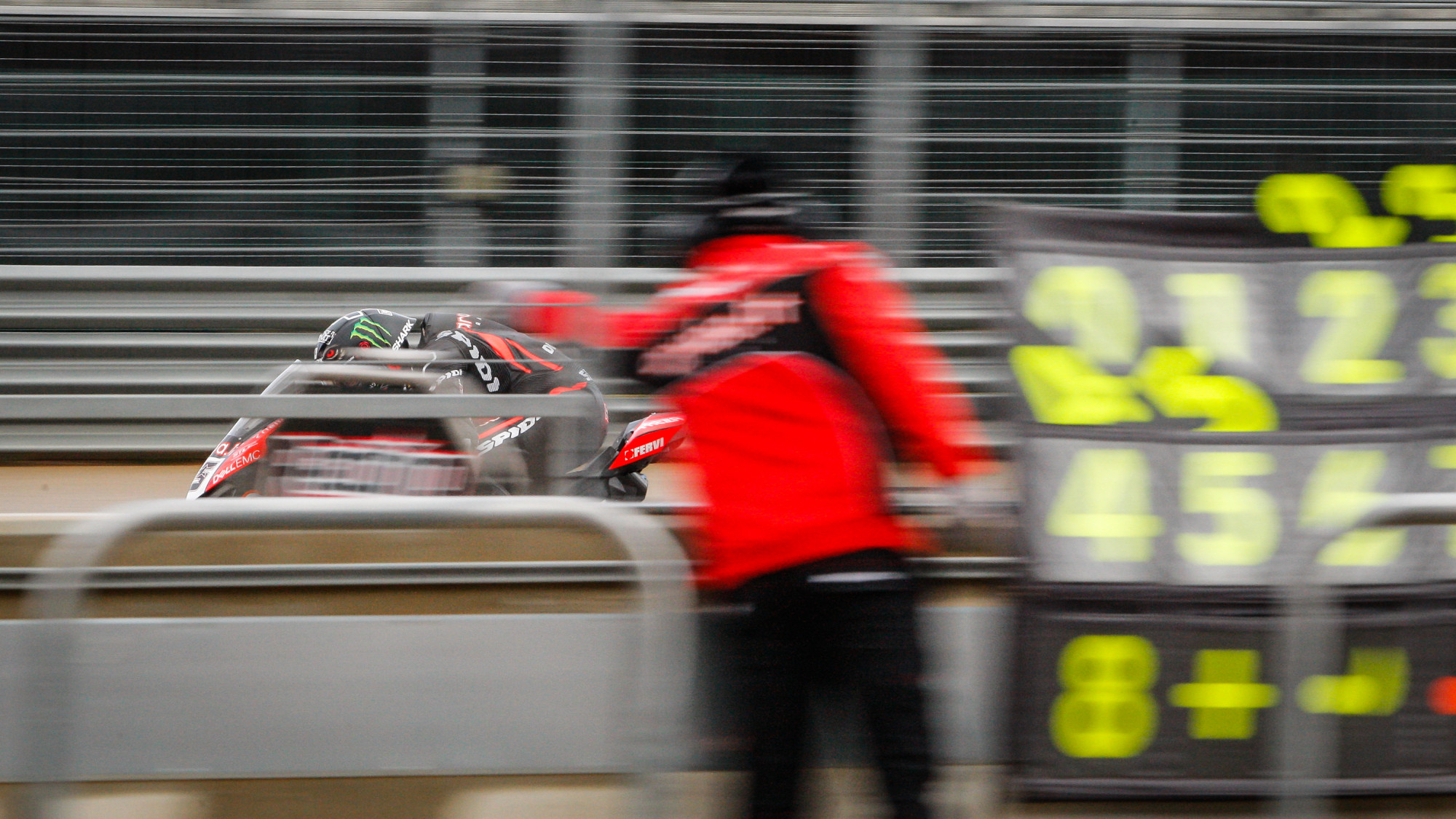 After hosting WorldSSP and WorldSSP300 machinery during the week, MotorLand Aragon will host plenty of WorldSBK riders on Monday and Tuesday

Just a couple of weeks after the two-day Supported Test at the Circuit de Barcelona-Catalunya, teams and riders from the MOTUL FIM Superbike World Championship paddock will head to MotorLand Aragon for another two days of pre-season action as they gear up for the 2021 campaign.

There will be five Ducati Panigale V4 R machines on track with the Aruba.It Racing – Ducati outfit, with riders Scott Redding and Michael Ruben Rinaldi, completing the two days of action at the Alcañiz circuit. The duo showed strong pace in Barcelona and will be looking to build on that and refine their V4 R machines at the 5.344km circuit.

Chaz Davies’ (Team GoEleven) acclimatisation to his new surroundings will continue as he takes to the track at only the second venue for his new team, after poor weather and a positive COVID-19 test forced him to miss tests scheduled earlier in the year. Back raring to go, Davies will be looking to continue to get up to speed with his new team throughout the test at MotorLand Aragon.

WorldSBK’s youngest rider, Axel Bassani (Motocorsa Racing), will also take to the track on his Ducati Panigale V4 R as he prepares for his maiden campaign. The Italian is building up experience on WorldSBK machinery after testing at Estoril at the end of the 2020 season, as well as further tests since, and Aragon will be the latest venue for his preparations as he looks to make an immediate impact on the Championship at just 21 years old.

Tito Rabat (Barni Racing Team) will be riding the fifth Ducati throughout the test at a venue he recently tested at on a street bike. Rabat showed consistent improvement throughout the two-day Catalunya Test and will be hoping to build on that with two more days of testing at Aragon as the 2014 Moto2™ World Champion switches from MotoGP™ to WorldSBK for the 2021 campaign.

Ducati machines will not be the only ones on track as Yamaha are planning to attend the test with the Pata Yamaha with BRIXX WorldSBK with riders Andrea Locatelli and Toprak Razgatlioglu, although Turkish star Razgatlioglu’s involvement will be dependent on the outcome of a negative COVID-19 test after the rider tested positive during the Catalunya Test. Both riders showed strong pace in the two days of action in Barcelona and will be hoping this continues into the two-day MotorLand Aragon test.

The factory Yamaha outfit will be joined by the GRT Yamaha WorldSBK Team for the two-day test with riders Garrett Gerloff and Kohta Nozane. Both riders showed strong pace in the Catalunya Test and will be looking to build on this throughout Aragon as they gear up for their respective campaign, with Gerloff entering his second year in WorldSBK and Nozane preparing for his rookie WorldSBK campaign after securing the Japanese superbike title in 2020.

Christophe Ponsson (Alstare Yamaha) will take to the MotorLand Aragon circuit for two days of testing on board his Yamaha YZF R1 machine as he prepares for the 2021 season after switching from Aprilia wildcard appearances in 2020 to a full-time campaign with Yamaha in 2021.

The WorldSBK riders will also be joined by two riders from the FIM Supersport World Championship as GMT94 Yamaha duo Jules Cluzel and Federico Caricasulo will get some more vital mileage under their belt with two days of action in Alcañiz, with Cluzel and Caricasulo both looking to mount a title challenge in 2021.

Don’t miss a lap of action throughout 2021 using the WorldSBK VideoPass!