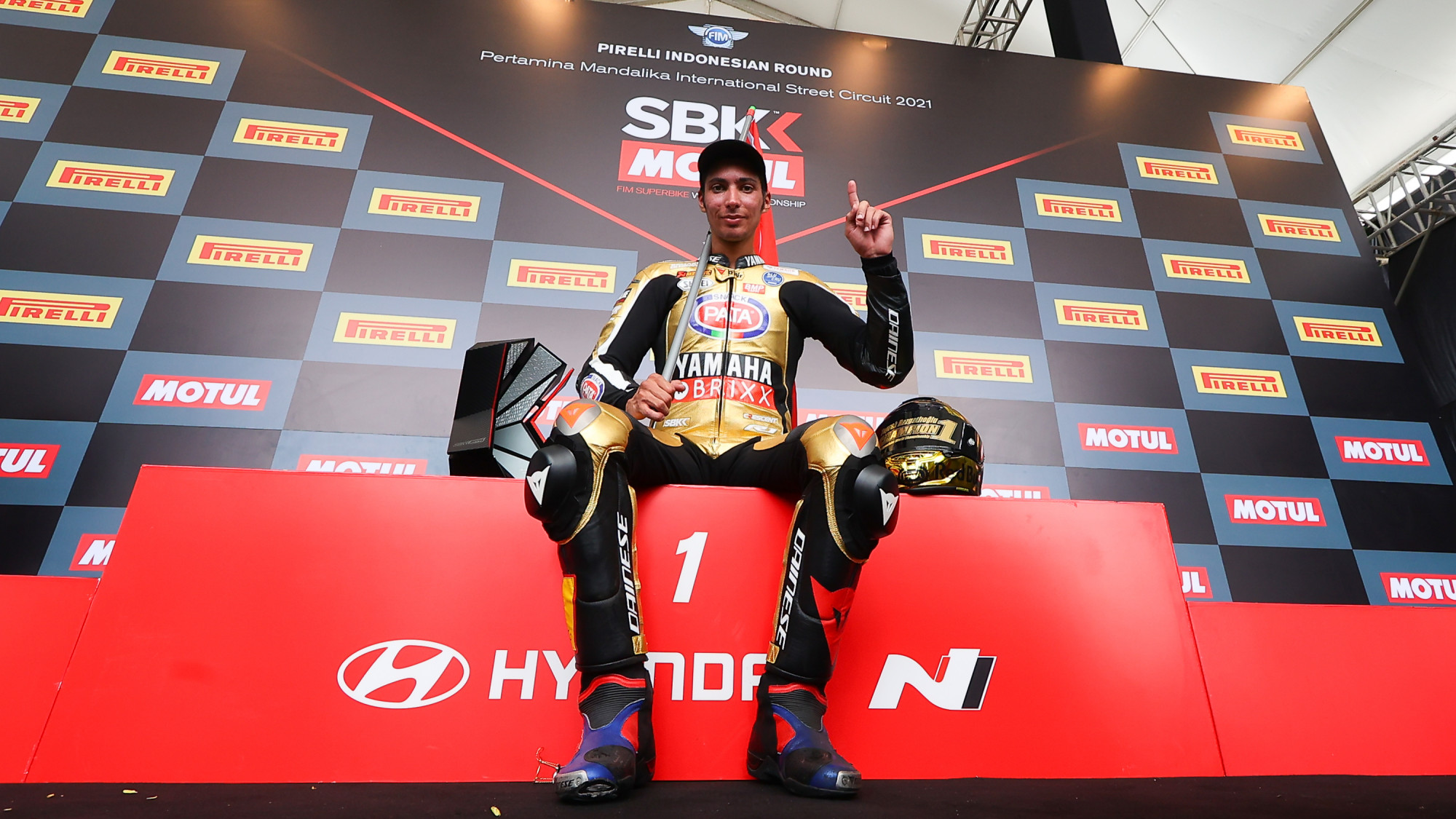 The 2021 MOTUL FIM Superbike World Championship has come to a close and it has been a magical year, full of thrilling moments, huge drama and plenty of battles. WorldSBK’s return to Indonesia after a 24-year absence was a memorable one as one of the tensest battles in the Championship’s history played out across the weekend. However, despite bad weather, rain delays and the pressure of the title looming large, Toprak Razgatlioglu (Pata Yamaha with Brixx WorldSBK) became the new WorldSBK Champion, securing it with second in Race 1 as Jonathan Rea (Kawasaki Racing Team WorldSBK) took victory, not enough to keep his title hopes alive.

After torrential rain postponed Race 1 on Saturday to Sunday, there was another delay as the rain once again played havoc. After the delay and with all riders remaining on slick tyres despite damp patches, Race 1 burst ignited. Immediately, Toprak Razgatlioglu and Jonathan Rea were fighting, along with the likes of Scott Redding (Aruba.it Racing – Ducati), Axel Bassani (Motocorsa Racing) and Tom Sykes (BMW Motorrad WorldSBK Team). However, Toprak, Jonny and Scott soon edged clear and in the second half of the race, swapped positions numerous times. There was a heart-in-mouth moment for Razgatlioglu, as the 25-year-old Turk had a huge moment, dropping him back to third. With Rea out front, Toprak fought back through to second place and followed Rea home, to become the new World Champion, ending Rea’s streak after six seasons.

For Race 2, the rain came down even harder but determined work from the marshals and organisation meant that, after a 90-minute delay, riders were back out on track for the final race of the season. Once again, Razgatlioglu, Rea and Redding all banged bars and swapped paint at the front, with Axel Bassani and Michael van der Mark (BMW Motorrad WorldSBK Team) in the mix. Razgatlioglu and good friend van der Mark duelled in the closing stages, with the Dutchman getting the better of his former teammate to give BMW a podium in their last race of the season, whilst Toprak’s first race as World Champion saw him come home in fourth.

Continuing to talk about what the title meant for him, the 2021 WorldSBK Champion said: “My dream was, I always said this season, that I might be World Champion. This is for my dad. I’m really happy today. For me, it’s an incredible day. This is really important for me. He was also working for me and it is not possible for him to see that I am World Champion, but he always said ‘Toprak will be World Champion’. He died four years ago but today we are Champions, and this is for him.”

Razgatlioglu has broken numerous records throughout the season, but his title means many things. Not only it is his first World Superbike Championship title but also Turkey’s, making it the seventh country to take a WorldSBK title. Toprak is the 18th different rider to win a World Superbike Championship in what was coincidentally the Championship’s 18th final round title decider. He’s the first rider for Yamaha to take 29 podiums in a season, whilst he and teammate Andrea Locatelli also gave the Pata Yamaha outfit the team’s title. For the Manufacturers’ Championship, both Pata Yamahas plus points from Garrett Gerloff (GRT Yamaha WorldSBK Team) and his rookie teammate Kohta Nozane helped the Japanese manufacturer to the crown.

It’s been a standout year for Yamaha, who not only won the WorldSBK title with Razgatlioglu but also the Manufacturers’ and teams’ crowns. They also took Best Independent Riders’ and teams’ titles, whilst, for a sixth season in WorldSSP, they wrapped up the Riders’ Championship and for a fifth, they take the Manufacturers’ crown. In MotoGP™, Fabio Quartararo took the factory team to their first Riders’ title since 2015, whilst on a national level, they’ve also had plenty of success: Tarran Mackenzie giving them the British Superbike title, Jake Gagne doing the same in MotoAmerica and Katsayuki Nakasuga likewise achieving the Japanese crown.

Watch all the action from Razgatlioglu’s 2021 success using the WorldSBK VideoPass! 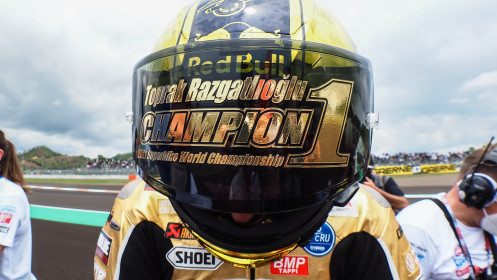 The 2021 WorldSBK season is over and there’s a new Champion: from why he races the #54 to living a humble life at home with his mother, there’s plenty of things to find out about Toprak Razgatlioglu