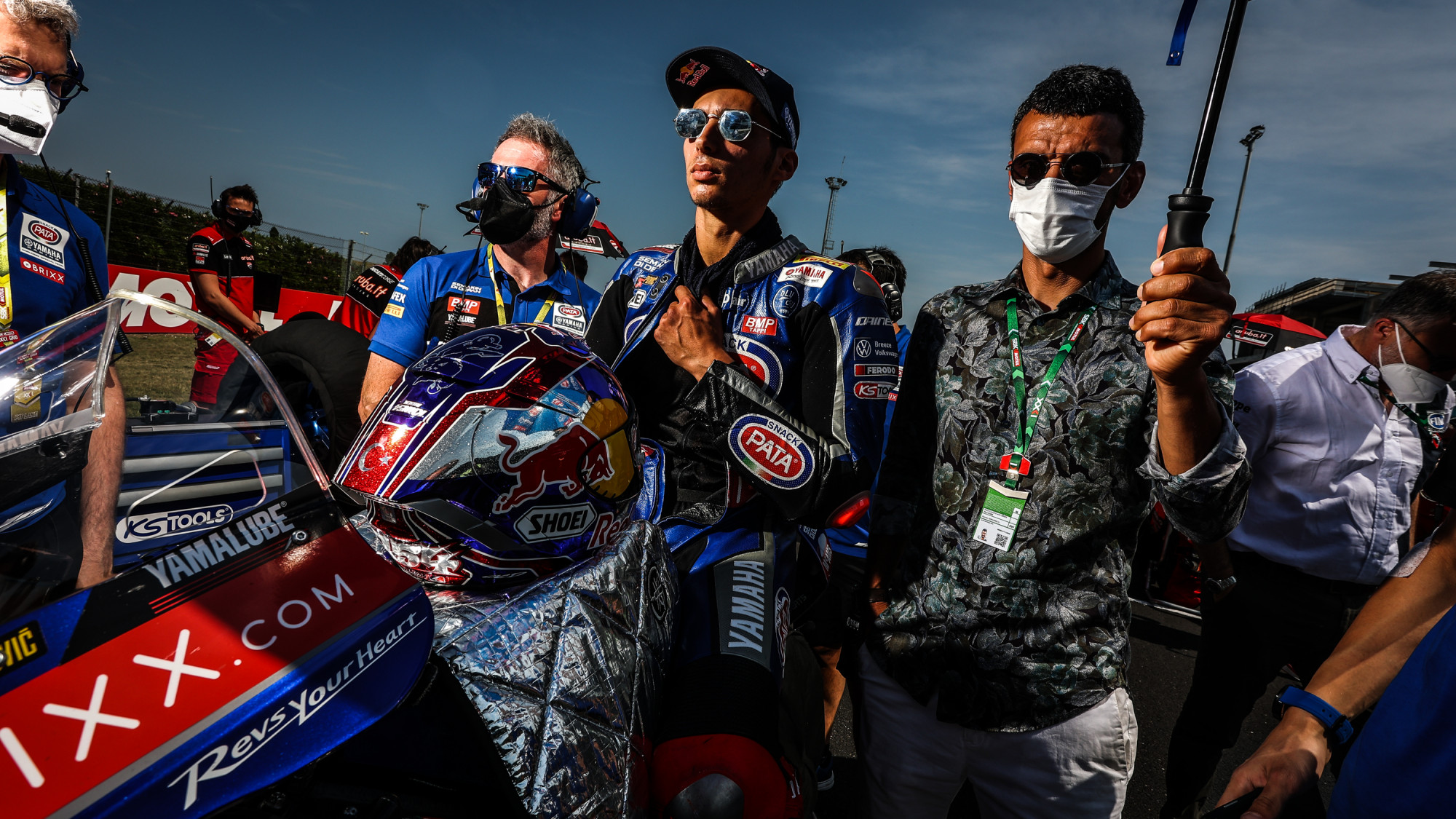 The five-time World Supersport Champion sheds light on why Toprak stays in WorldSBK instead of switching to MotoGP™, whilst also saying that there were options aplenty…

Whilst the 2021 MOTUL FIM Superbike World Championship is in full swing with plenty of on-track drama, there’s already news surrounding the 2022 line-up. After the news broke that Toprak Razgatlioglu will remain with the factory Yamaha outfit for a further two years on a direct Yamaha Motor Europe (YME) deal, his manager – five-time World Supersport Champion Kenan Sofuoglu – spoke about the interest that was shown from teams across both WorldSBK and MotoGP™ paddocks.

Talking first about the reason to remain in the WorldSBK paddock and not make the switch to MotoGP™, Sofuoglu said: “At the start of this season, Toprak started very well and especially after the second round, a lot of teams – even from MotoGP™ - showed an interest in Toprak. Our plan since I put him into the FIM Europe Superstock 1000 Cup was to make him the first Turkish World Superbike Champion and we want to reach this goal. Maybe this year, it is possible, but also, we’ve never dreamed for Toprak to be a MotoGP™ rider. I think Toprak’s style is fitting very well on a World Superbike machine, and for that reason, our main goal is to remain in WorldSBK. There’s more to come from him, to become even faster, and it is important he does this first with a good momentum and with a good team.”

So, where was the interest coming from in the MotoGP™ paddock? Sofuoglu confirmed that Petronas Yamaha SRT were keen: “There were a couple of teams from MotoGP™ that showed great interest; we spoke a couple of times with Petronas Yamaha, and they are still wanting Toprak, but they also know our first choice is to be in WorldSBK and they respect this. Before 2020, there was also some interest in Toprak, but I was very respectful to them both times. I said that we want to stay in WorldSBK for a minimum of two more years in WorldSBK and after that, if Toprak is so strong and is Champion in WorldSBK, then it can be interesting but right now, we want to stay here.”

Sofuoglu later confirmed that the Aprilia Racing Team Gresini enquired about Toprak’s situation too and the interest didn’t just come from MotoGP™, as plenty of teams in the World Superbike paddock also keen to snap up the in-form Turk: “In the WorldSBK paddock, Toprak had interest from a lot of teams, not just Yamaha. I think every top team wanted him! There was a lot of interest from every team and every brand, and they all want to beat Jonathan Rea and Kawasaki, which is perhaps why they wanted Toprak! In terms of the teams, Ducati are very strong in WorldSBK, and I think a lot of Superbike riders know that. However, a lot of people also wanted to see Toprak at Ducati!

“I believe in the talent of Toprak and in Yamaha; he is doing very well with Yamaha, and they are also a very big company, and all aspects are putting in a great effort of support. We are very happy to continue with this family, as this season has already started very well, with the team and Toprak improving together and we want this momentum to continue; I believe that maybe this year or in the next two years, they can become Champions.”

Toprak is the first rider in 2021 to confirm their plans for 2022, although Jonathan Rea signed a deal with Kawasaki in 2020 for “2021 and beyond” which should come into play.

Stay tuned for all of the rider market movements and all of the 2021 action with the WorldSBK VideoPass!