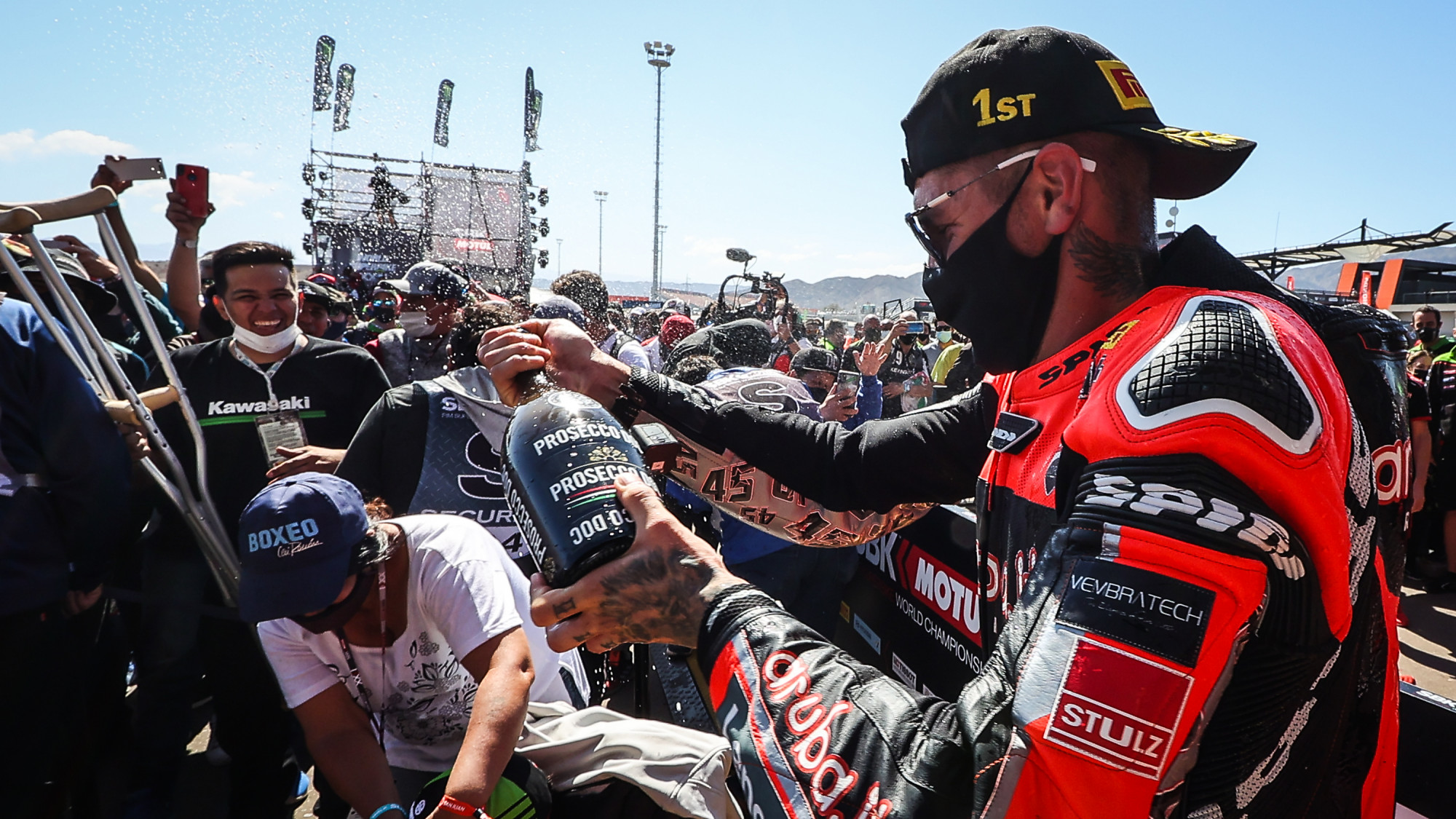 The titanic 2021 season just keeps on giving as WorldSBK leaves Argentina, with a showdown on the horizon but plenty of juicy numbers ahead after Round 12

The 2021 MOTUL FIM Superbike World Championship will go to the final round of the Championship season after a thrilling Motul Argentinean Round didn’t deliver a Champion. Hard racing was, as usual, the call of the day between Toprak Razgatlioglu (Pata Yamaha with Brixx WorldSBK) and Jonathan Rea (Kawasaki Racing Team WorldSBK), and the two will go to the final round of the season at the all-new Mandalika International Street Circuit with a chance of taking the title. However, Argentina gave huge statistical headlines; find out what records were broken and what landmarks were achieved in our San Juan stats round up.

500 – For only the second time in WorldSBK history, two riders score more than 500 points in a season. The first time was Colin Edwards and Troy Bayliss in the 2002 season.

350 – Yamaha took a 350th podium placement with Toprak Razgatlioglu in the Tissot Superpole Race – they ended up on 351 after his third place in Race 2.

205 – Ducati scored points for the 205th consecutive race in WorldSBK, the fourth-longest streak. They are the record holders with 344, between 1991 and 2005. During their record-holding streak, the 205th race was also a win, with Anthony Gobert at Laguna Seca in 1999. In their current streak, it was Scott Redding (Aruba.it Racing – Ducati) in San Juan.

200 – Another milestone was that for Yamaha, Razgatlioglu’s second place on the grid after Superpole was their 200th front row place.

150 – Pole position by Scott Redding in San Juan this weekend was the 150th pole in WorldSBK for Great Britain, the first country to achieve this milestone.

50 – Toprak Razgatlioglu took a 50th podium of his career in Race 1 in Argentina; he took two more podiums in the weekend, leaving with 52. Razgatlioglu is now 15th in the all-time podium rankings, the highest he can get this year as the next rider, Raymond Roche, has 57.

42 – Razgatlioglu and Rea have stood on the podium together 42 times, one more time than the next-best combination of Chaz Davies and Tom Sykes.

35/12 – A 35th career podium for Redding and a 12th career win after his Race 2 success. In the podium tally, he is now level with Eugene Laverty, Michel Fabrizio and Ruben Xaus. He is now one win behind the aforementioned Laverty and New Zealand’s Aaron Slight.

18 – For the 18th time in WorldSBK history, following the results of San Juan, the Championship will be decided in the final round of the season. It will be just the second time, after the inaugural WorldSBK season in 1988, that the title-deciding round will be at a new track. In 1988, it was Manfeild in New Zealand, whereas in 2021, it is the Mandalika International Street Circuit in Indonesia.

12 – Toprak Razgatlioglu, Jonathan Rea and Scott Redding are the first trio of riders to take 12 podiums together in a single season.

12 – Axel Bassani extended his run of consecutive point-scoring finishes to 12, the longest current streak of any rider.

10 – Scott Redding’s second place in the Tissot Superpole Race was the tenth of his season, the third-most second places in one season, level with Colin Edwards in 2002. The most is Jonathan Rea in 2019, with 16.

5/4 – If you based the Championship standings on the last four rounds, they would see Scott Redding leading the way on 167 points, with Axel Bassani in fifth on 99. Razgatlioglu would be second on 161, ahead of Rea on 138 and Rinaldi on 100. That would be the top five.

1/5 – For the first time in 2021, Jonathan Rea wasn’t able to take a front row grid slot in Superpole; he started fifth, the first time off the front row since Estoril in 2020, when he was 15th.

0.046s – The closest finish ever in San Juan during the Tissot Superpole Race between Razgatlioglu and Redding, also the second closest finish of the season after Most Race 1, also with Toprak and Scott.

Watch the final showdown of the 2021 World Superbike season with the WorldSBK VideoPass!