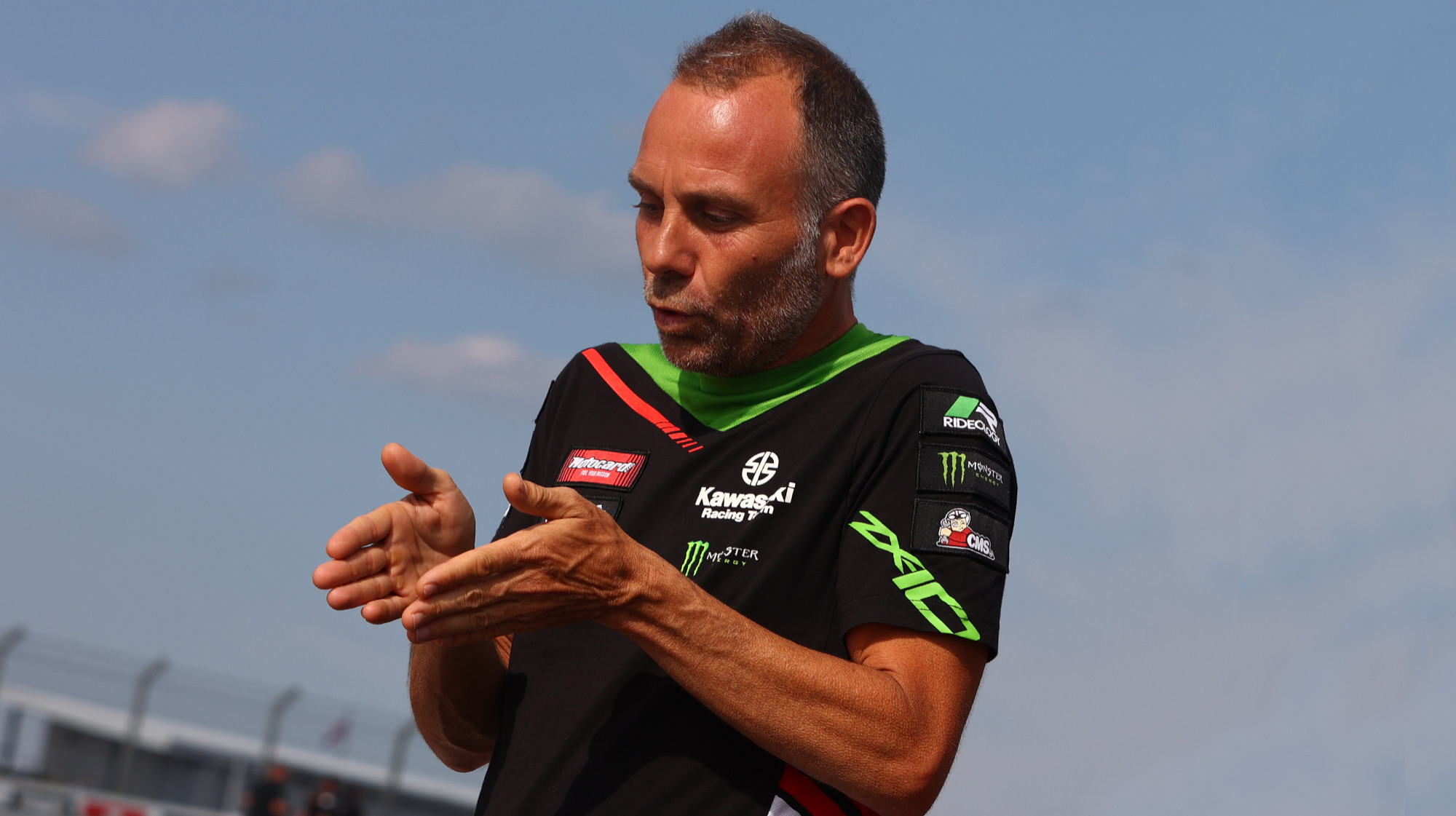 After a sanction for Toprak Razgatlioglu (Pata Yamaha with Brixx WorldSBK) was handed a sanction in the Tissot Superpole Race for the Motul French Round, Kawasaki Racing Team WorldSBK’s Team Manager, Guim Roda, has explained the KRT view of the sanction after Jonathan Rea (Kawasaki Racing Team WorldSBK) was promoted to first place in the race, after Razgatlioglu was demoted one place for exceeding track limits on the final lap. The result means Rea now sits just seven points behind Razgatlioglu at the top of the MOTUL FIM Superbike World Championship standings.

Razgatlioglu was deemed to have exceeded track limits at the Turn 10 kink on the final lap, which results in an automatic one-place demotion. Rea was able to pass the Championship leader into Turn 11 before Razgatlioglu responded into Turn 15 on the final lap to cross the line in first place. However, after Race 2, it was announced Razgatlioglu had been sanctioned for the infringement and demoted to second place with Rea taking Superpole Race honours in France.

After Denning revealed his thoughts on Sunday afternoon, Roda used KRT’s official Instagram page to release a statement explaining his and KRT’s side of the story. He said: “In case there is any doubt I would like to explain KRT’s facts after Superpole race at Magny-Cours. After the last lap of the race, Raul, the KRT hardware technician, who was sitting in the pit box watching the race as he normally does, mentioned to me he thought Toprak had run out the track on the last lap so I told him to check and confirm.

“As an example, in Assen, the FIM WorldSBK Stewards penalised Ana Carrasco on the last lap because somebody push her out of the track limits. This was unfortunate and also unlucky. Ana complained about this, but I said to her ‘a rule is rule and we must accept and be more clever next time’. On the last lap of any race run under these rules it is very important to ride the limits but not to cross them… and one of the most important things to consider is not to go off the track. This part of the track at Magny-Cours, at the level Rea and Toprak are fighting, would give an advantage; small but still an advantage. For me, it was enough to refer to the rules and make a comment to the FIM WorldSBK Stewards. Ultimately the decision is not mine, it is the FIM who consider independently, this is the same for everyone.”

Razgatlioglu made his debut under the Kawasaki umbrella when he rode for Kawasaki Puccetti in 2018 and 2019, before making the switch to Pata Yamaha in 2020. He’s a rider Kawasaki know well, with Roda revealing the team’s admiration for him. He added: “Toprak rode an incredible race, and everyone at KRT has big respect for his efforts and the incredible job he is doing this year. The show Rea and Toprak gave the fans was amazing, and I'm sure they will give us more close and exciting races.”