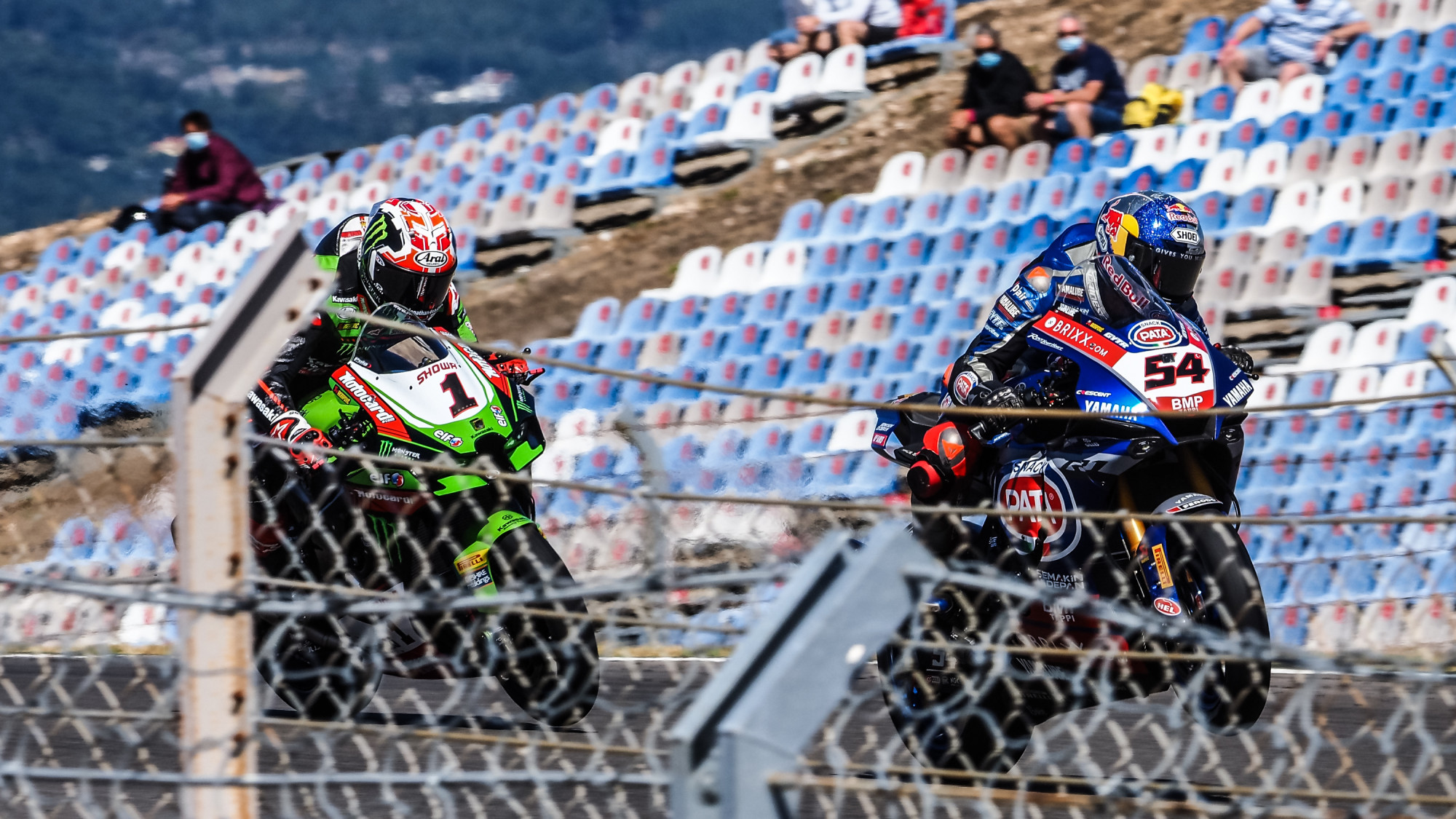 The latest episode in WorldSBK’s 2021 Championship fight sees Razgatlioglu respond to Rea’s comments about his style, although he’s adamant he won’t change

As the 2021 MOTUL FIM Superbike World Championship battle keeps on changing, the off-track fallout keeps growing too. In the latest round of the Toprak Razgatlioglu (Pata Yamaha with Brixx WorldSBK) vs Jonathan Rea (Kawasaki Racing Team WorldSBK) rivalry, both have had an off-track clash and disagreement regarding the Turk’s style. Championship leader Razgatlioglu and defending six-time World Champion Rea collided numerous times in Race 1 and in the early stages of Race 2, battled hard again.

The comments started on Saturday, when Rea spoke about Razgatlioglu’s style during his media debrief, saying: “I don’t want to put s**t on Toprak about how he rides, because he is clearly doing a good job and he’s not even at his limit. However, the guy he’s passing is on their limit with the bike and tyres and the combination of everything. I don’t want to complain too much; I’m ready to fight like that and I’m going to fight like that. I can shake his hand after that and not complain, but I’m happy to let the brakes off and use him as a berm. I’m not going to grumble; rubbing is racing. He can train on his kart track in Turkey, but I grew up motocrossing, and that’s also hard.”

Rea’s Sunday at Portimao didn’t start well as he crashed out of the lead at Turn 13 on Lap 1 of the Tissot Superpole Race, giving him a mountain to climb in Race 2 as he started 12th on the grid. However, blasting through the field and leading on Lap 2, Rea was relentless as he and Razgatlioglu went to the limit, with the latter crashing out.

Razgatlioglu: “This is my style; I will never change… he’s very angry for the Championship”

Well, now Toprak has stated his side of the story, declaring that his style will not change: “Jonny started talking about my style; I say again, this is my style, I will never change. I am smiling because now Jonny starts talking, whereas normally it was Scott, saying that I ride a little bit dangerous, but this is my style. I am not scared, maybe Jonny and Scott are scared. For me, it’s not a problem, but it’s better to not talk and to just ride the bike in the track.”

Revealing more when talking to the media at the end of the day, Razgatlioglu said that Rea’s angry due to the Championship situation, hence why he is talking about the style: “Jonny was touching me in Navarra, but I didn’t talk. He’s started talking but this is good because it means he’s very angry for the Championship. I don’t like the talking because this is my style and it’s never changing. Every race weekend, I’m fighting like this. I’m not scared, maybe he and Scott are. For me, no problem.”

Talking about the titanic battle they had in Race 1, Razgatlioglu commented further: “Sometimes, in the races we touch; it’s OK, this is racing. In Race 1, we started a little bit hard but OK, this is normal because he’s trying to pass and I’m trying to pass. Now he’s started talking; I’m really surprised now for Jonny. We know Redding, after every race, talks about this. This is good.”

Toprak came into Sunday afternoon’s Race 2 with a 49-point lead, but a front mudguard failure saw him crash out of the race at Turn 15, seeing his lead slashed to 24 as Rea won: “It was very bad luck for me; the front fender broke and then my tyre hit it and then the front slid away. This is very bad luck because I say, ‘why didn’t it break in the straight?’ and why on the last corner. This is life, this is racing; but I’m not happy because I was fighting for the win, and I crash because of something that wasn’t my fault. I’m not looking back; I am focused on the next race.”

Looking at the state of play in the Championship, Razgatlioglu refuses to be ruffled: “This year, every weekend, the Championship is changing. We went into Race 2 with 49 points more than Jonny, now it is only 24. But I’m not looking at this side, I am just focused on every race. Today was bad luck, but I focus for Argentina, and I will be fighting again for the win.”

TURN 5 CELEBRATIONS: rivals even in style

Talking about Rea’s Turn 5 celebrations after Race 2, Toprak commented: “I need to clean it again, maybe in Argentina. On Sunday, after the win, I clean Turn 5 but this is not for Jonathan, just for the track limits and the green. Maybe he understands it is for him, which is also no problem. I hope I clean again in Argentina.”

In response, Rea, when asked about, simply said: “I made it dirty again.”

Watch all of the fallout on-track and off with the comprehensive WorldSBK VideoPass!