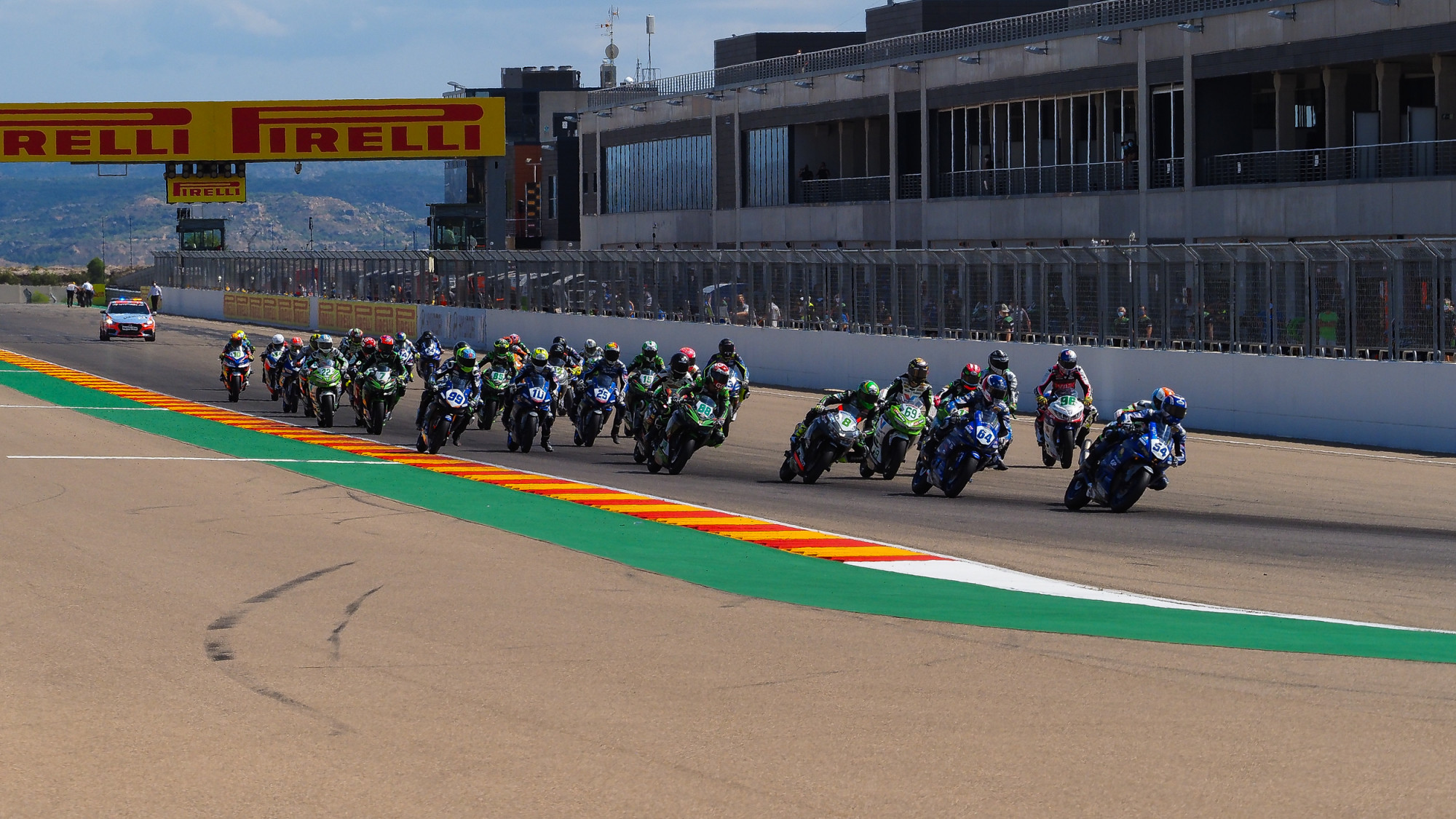 The FIM Supersport 300 World Championship kicks off its fifth season this weekend with numerous changes to the grid, new rules and new scenarios...

After a very long preseason for fans and riders, it is finally time to start racing for the 42 riders entered in WorldSSP300, the smallest and busiest displacement in the MOTUL FIM Superbike World Championship. For the first time since its launch in 2017, the FIM Supersport 300 World Championship begins in parallel with the other two categories, and does so in a very familiar setting, MotorLand Aragon, the track that has hosted the largest number of races in the category, with seven to date.

The current champion, Jeffrey Buis (MTM Kawasaki), will start the defence of his title with a unique advantage: He achieved the most victories on the Spanish track, thanks to the three successes in 2020 in the Aragon and Teruel Rounds. Only the Turkish rider Bahattin Sofuoglu (Biblion Yamaha Motoxracing) prevented the complete success of the Dutchman with his victory in Race 1 of Teruel and, together with Buis and his compatriot and teammate Koen Meuffels (MTM Kawasaki), they are the only riders of the 2021 grid that have climbed to the top of the podium in Aragon. In addition, Sofuoglu led the timesheetsin the Test supported by Dorna held at the Circuit de Barcelona-Catalunya and Buis was the fastest on the last day, so they are, for two reasons, the main reference at the start of the new season.

However, after four exciting campaigns, WorldSSP300 already has other figures who are also reference and history in the championship, such as the champion of the inaugural season, Marc García (2R Racing), who is preparing to play a full campaign after his part-time return in 2020, or 2018 champion Ana Carrasco (Kawasaki Provec WorldSSP300), who approaches her fifth season in the category already fully recovered from the injury that ruined her 2020 campaign. Both will set out with the intention of achieving their first victory in the Alcañiz track, which would be a good first step towards the goal of securing a second crown.

The unprecedented confluence of three champions on the WordSSP300 grid will be one of the great attractions and stories of the year, but there are many other names in the large and mixed group of the 2021 season, which combines riders who already have some route and record in the category, with numerous newcomers eager to start making their mark. Among the former, Brit Tom Booth-Amos (Fusport - Rt Motorsports by SKM Kawasaki) is one who stands out after a race-winning debut campaign, Japanese Yuta Okaya (MTM Kawasaki) after making history in 2020 or the Spanish Unai Orradre (Yamaha MS Racing), WorldSSP300’s youngest ever race winner; a trio that stood atop the podium, but also the Brazilian brothers Ton and Meikon Kawakami (AD78 Team Brasil by MS Racing), providing a lot of spectacular moments throughout 2020, or the Madrid-born Adrian Huertas (MTM Kawasaki), one of the riders who stood out during the preseason and that this year he has joined the powerful squad led by Champion Buis.

The list of newcomers is vast and includes riders from four continents, proof of the attraction generated by this category, which constitutes a fabulous gateway to the international motorcycling scene.

As in WorldSSP, the category maintains in 2021 the format of the two races per weekend, ensuring action on both Saturday and Sunday. But there are notable changes in the format and all participants, beginners and experienced, will have to adapt to them. The third free practice session that was held on Saturday mornings has been eliminated and the previous structure with two groups has also disappeared, which means that all 42 riders will be on the track at the same time during all sessions, and all will participate in the two races. Who will get more out of the new rules of the game? Discover the answer, starting next Friday at MotorLand Aragon!

Every moment live: don’t miss any action from WorldSSP300 in 2021 using the WorldSBK VideoPass!