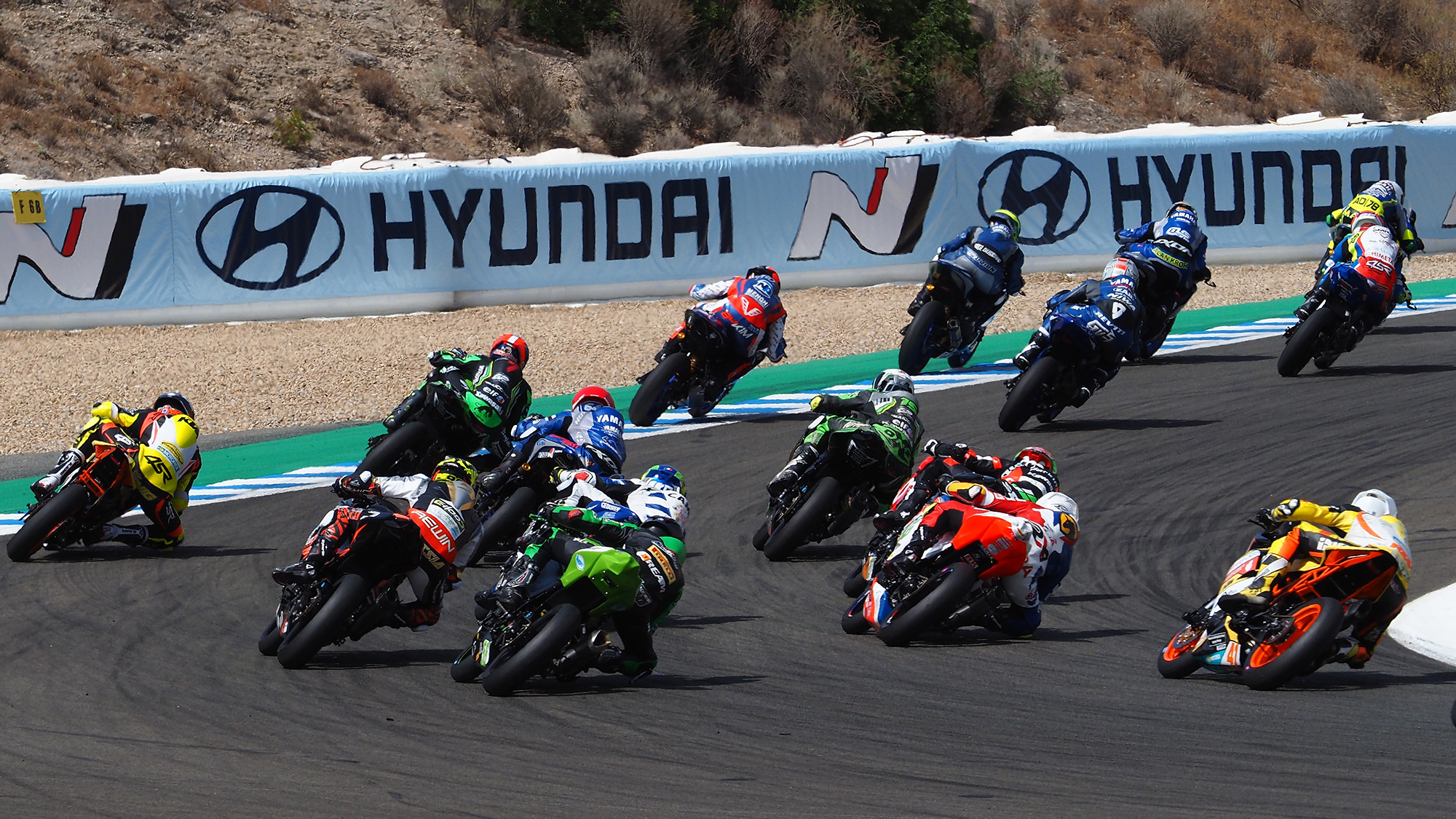 With 42 riders set to take to the track for the FIM Supersport 300 World Championship in 2021, there are an array of nationalities on display up and down the grid. The 42 riders represent 14 different countries from Europe, South America, Africa and Oceania as WorldSSP300’s reach spans four different continents for the 2021 campaign.

Spain is the most represented nation on the grid with 11 riders, including two Champions of WorldSSP300: Ana Carrasco (Kawasaki Provec WorldSSP300) and Marc Garcia (2R Racing) with the pair providing ten of Spain’s 11 victories in the class. The final victory for Spain comes from Unai Orradre (Yamaha MS Racing), whose victory in Race 1 at Jerez last year made him the youngest ever race winner in WorldSSP300 history.

A famous name from motorcycling joins WorldSSP300 in 2021 as Dean Berta Viñales (Viñales Racing Team) makes his debut, while Adrian Huertas (MTM Kawasaki) switches to the title-winning team from 2020 and will hope to add to his country’s win tally while mounting his own title challenge.

Italy will be represented by ten riders on the 2021 grid but with just two wins between them, with Alfonso Coppola (Team Trasimeno) and Kevin Sabatucci (Viñales Racing Team) the two riders from Italy who have stood on top of the rostrum. Bruno Ieraci (Machado Came SBK) returns to the Championship for 2021 looking to add to his tally of podiums; the only other rider from Italy on this season’s grid to take to the podium.

France and The Netherlands will both be represented by four riders each in 2021. From The Netherlands, reigning Champion Jeffrey Buis (MTM Kawasaki) will be hoping he can retain his crown and add to his four wins alongside teammate Koen Meuffels, who claimed one victory last season. Victor Steeman (Freudenberg KTM WorldSSP Team) returns as the sole KTM representative in 2021 while Ruben Bijman (Machado Came SBK) will make his debut in 2021.

The four French riders have four podiums between them with Hugo de Cancellis (Prodina Team WorldSSP300) and Samuel Di Sora (Leader Team Flembbo) taking two each so far in WorldSSP300. Di Sora’s teammate, Sylvain Markarian, and TPR Team Pedercini Racing’s Johan Gimbert are the other two French riders on the grid; all four searching for their first win in the Championship.

Brothers Ton and Meikon Kawakami (both AD78 Team Brasil by MS Racing) will be hoping to become Brazil’s first race winner in WorldSSP300 in 2021 after showing glimpses of pace throughout the 2020 season. Both have claimed a pole position in WorldSSP300 but are yet to convert that into a podium finish. Argentinean rider Joel Romero (SMW Racing) joins the pair from South America as he becomes Argentina’s first WorldSSP300 competitor.

Two riders from the Czech Republic will have a home Round in 2021 for the first time in WorldSSP300 history with the addition of the Most Round as Oliver König (Movisio by MIE) and Petr Svoboda (WRP Wepol Racing) contest the 2021 campaign; both looking to become the Czech Republic’s first winner in the Championship.

Great Britain will also have two representatives on the grid in 2021 with Indy Offer (SMW Racing) and Tom Booth-Amos (Fusport – Rt Motorsports by SKM Kawasaki); the latter taking a single win and five podiums throughout his debut season. James McManus (#Team109 Kawasaki) will fly the flag for Ireland in 2021 as he becomes their first rider in WorldSSP300 while Santiago Duarte Miguel (Yamaha MS Racing) is Portugal’s sole rider in 2021.

Yuta Okaya (MTM Kawasaki) made history last season when he became Japan’s first race winner in WorldSSP300, and at the same race led an MTM Kawasaki 1-2-3-4 at the Circuit de Barcelona-Catalunya, and he will be hoping to add to that tally in 2021. Turkish star Bahattin Sofuoglu (Biblion Yamaha Motoxracing) claimed two wins and four podiums in his first full-time campaign and will be looking to mount a title charge this season.

Dorren Loureiro (Fusport – Rt Motorsports by SKM Kawasaki) returns in 2021 after missing the 2020 season as South Africa’s sole rider; Loureiro already has the record for most races for a South African rider and the only rider from South Africa to take a podium and will now be hoping he can become their first race winner. Teammate Harry Khouri will be looking to claim Australia’s first podium and win in WorldSSP300 history.

Every moment of action from WorldSSP300 is live: watch it all with the WorldSBK VideoPass!