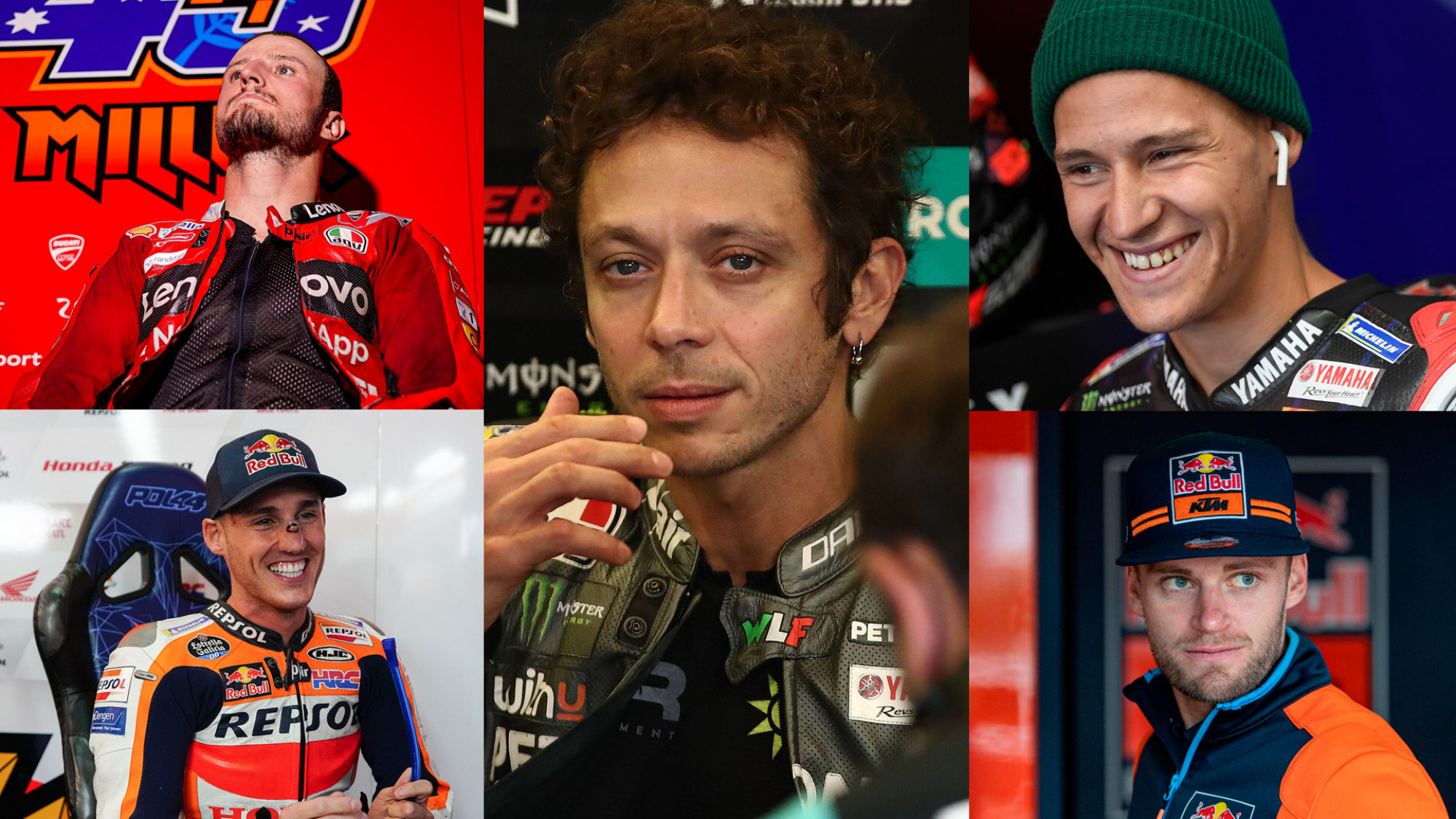 Fabio Quartararo, Brad Binder and Valentino Rossi headline the MotoGP™ riders’ praise on what has been a thrilling WorldSBK season

The 2021 MOTUL FIM Superbike World Championship heads for its final two rounds of the season and whilst the fight continues to rage, MotoGP™ riders are likewise enjoying the title fight. From Fabio Quartararo to Valentino Rossi, Brad Binder to Jack Miller, a variety of MotoGP™ stars have been enjoying the spectacle in WorldSBK and many don’t know which way the title fight will swing.

MotoGP™ World Championship leader Fabio Quartararo will be supporting on his fellow factory Yamaha rider in the closing stages in WorldSBK, as he backs Razgatlioglu: “I’m watching it really closely. The last race was pretty fun. They’ve both had crashes and the points are still there so it will be a really fun end to the Championship. Of course, from our side, we need to support Toprak. Last race in Portimao, I saw a French friend, Loris, had two podiums. I’m following it and it will be really interesting to watch.

As for Brad Binder, the Red Bull KTM Factory Racing rider says that it’s making his Sundays away from MotoGP™ much better: “I love watching WorldSBK! It makes my Sundays a whole lot better. When you’re off, it’s the best thing to do. It’s looking like a really good fight. Jonny with all the experience and Toprak is strong at the moment, he looks like an animal on the brakes and a hard guy to fight with. It’s going to stay interesting for sure. Let’s see how it ends up.”

Nine-time World Champion Valentino Rossi, who retires from MotoGP™ at the end of 2021, has also enjoyed the fight, and doesn’t know which way the Championship will go: “For me, it’s a great fight in WorldSBK. It’s one of the best fights of the last years because you have top two riders, always there and always very close. It’s difficult to say. Before Race 2, I would’ve said Toprak but now Jonny is 24 points behind, it’s a bit easier.”

2021 MotoGP™ Grand Prix winner Jack Miller sent Toprak Razgatlioglu a message of support after the Turk’s Race 2 tumble as he watches the title fight unfold: “I actually sent Toprak a message today saying, ‘head up buddy’. It was unfortunate, looked like a mechanical issue for him but he’s been riding phenomenally all year. It’s great to see. Scott was able to grab back some points. It’s bringing it all to a nice boil pretty quickly, it’ll be interesting to see the last couple of rounds.”

Bouncing back from injury in MotoGP™, Franco Morbidelli believes Razgatlioglu can dethrone Rea: “It’s a very open fight between Toprak and Jonny. Both are two incredible fighters and they are fighting really hard for this Championship. I think Toprak has the chance to clinch but he will need to do a really good job and I wish them both good luck.”

Second in the Championship and still in with a chance of the MotoGP™ World Championship, factory Ducati rider Francesco ‘Pecco’ Bagnaia kept his predictions close to his chest: “It will be nice to see until the finish. It’s always nice to see a great battle with not so many points between the two leaders.”

Finally, Repsol Honda’s Pol Espargaro commented on the title fight: “It’s nice. It’s nice to see the races. They are polite to each other, but they race each other hard. I like to see races like these. I don’t care if it’s MotoGP™ or WorldSBK. They give a good show to the people and it’s nice. I will keep an eye on it.”

Watch the remainder of the 2021 World Superbike season in style with the WorldSBK VideoPass!