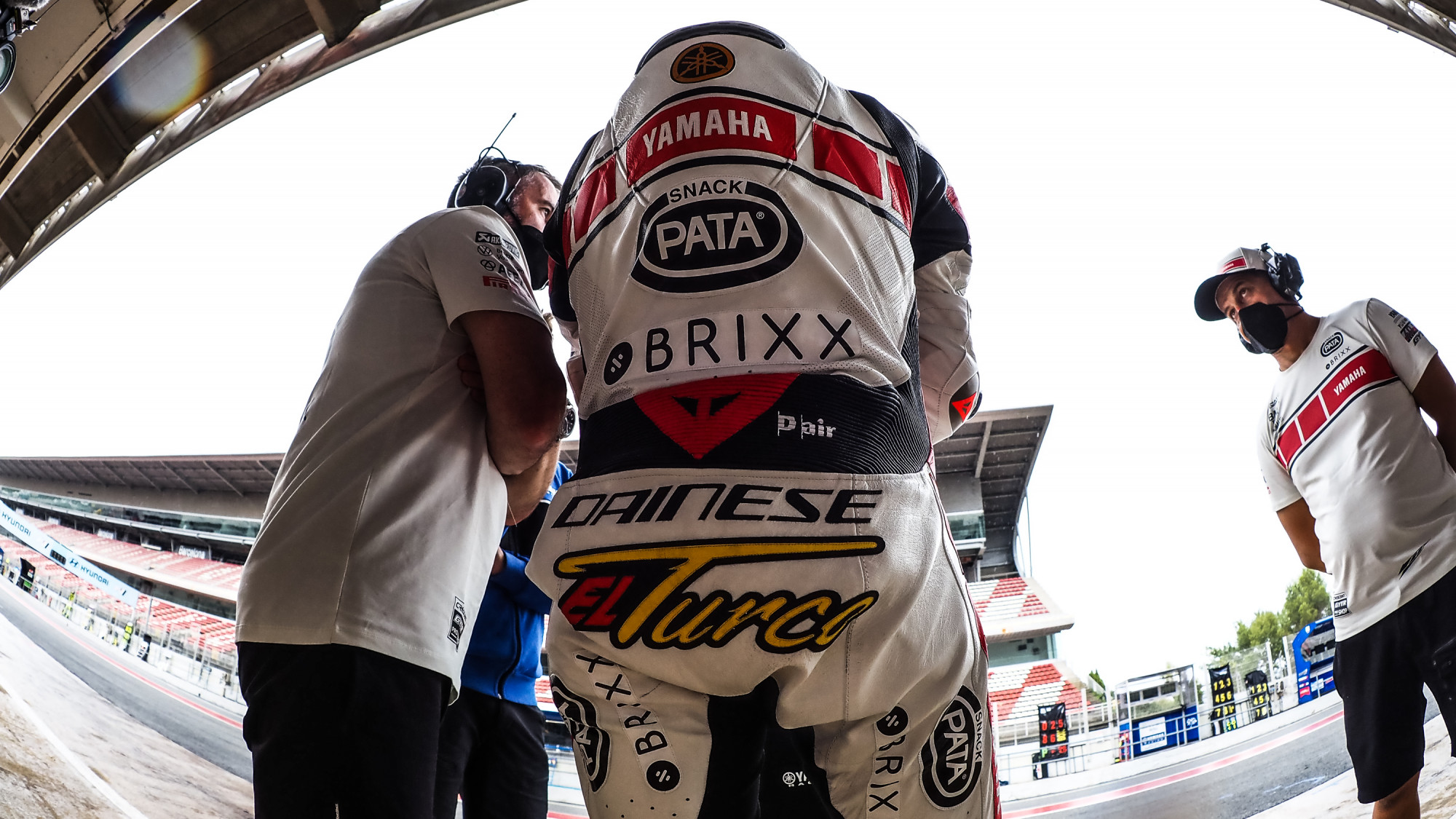 Bad luck may have cost Razgatlioglu a shot at victory in Barcelona, but the Turk won’t be done down by an electronics issue

The 2021 MOTUL FIM Superbike World Championship is proving to be a season that is giving new drama and a twist with each passing round, with the Championship lead changing once again. The Circuit de Barcelona-Catalunya saw Race 1 erupt in the Hyundai N Catalunya Round, with rain falling just moments before the start of the race, but that didn’t dampen Toprak Razgatlioglu’s (Pata Yamaha with Brixx WorldSBK) spirits, as he grabbed the holeshot.

Despite leading, Razgatlioglu was soon reeled in by title rival Jonathan Rea (Kawasaki Racing Team WorldSBK) and then embroiled in a battle with rookie sensation Axel Bassani (Motocorsa Racing), who powered through from 11th on the grid. With the two literally passing at every possible moment in the early stages, Bassani had the upper hand to start with. Toprak, who normally isn’t as strong in the wet weather, soon got ahead of Bassani before the pair of them caught Jonathan Rea at the head of the field, passing him and demoting him to third. However, cruel heartbreak was just around the corner for Razgatlioglu as he was struck with an electronics issue, forcing him to retire from the lead of the race.

Dejected but optimistic of luck coming back on his side on Sunday, Toprak said: “Today is the first time I am fast in the wet condition; in the last six laps, I saw an electronic problem and I am surprised. At first, I was very angry. Today I tried more, because I am not fast in the wet; after I pass Jonny, I say ‘this race is my race’ but then after, the problem. We have two races tomorrow, and I’ll try my best again.

“I saw Jonny and Bassani having problems entering the corner, the bike was sliding. For me, I entered the corner, stopped, turned, and opened the gas, but I’m feeling much better after some laps. With Bassani, a little bit of fighting and also, after we passed Jonny, we were close together. I am feeling good, and I ride much better; I knew which corner I was sliding, and I tried the dirty line too. I am surprised because in the wet, I’m normally not fast so I have a big improvement; also with my bike, I feel much, much better.”

Looking at the Championship standings, the Championship lead swings back to the green corner and Jonathan Rea, with the reigning six-time World Champion sporting a slender six-point advantage over Razgatlioglu. However, with another day of racing to come, it could all change again. In the Manufacturers’ Championship standings, Yamaha – having had a 13-point lead over Kawasaki and 22-point lead over Ducati – now have just two over Ducati following their first 1-2-3 since 2012, whilst they have five over Kawasaki.

Talking about the Riders’ Championship, Razgatlioglu remained focused on the job in hand and hopes that Sunday brings prosperity and positivity back to the Pata Yamaha camp: “I’m not looking at the Championship; OK, it is six points, but I am always focused to win the race. Today, I speak with Kenan, and I said, ‘I’ll try for my best race in the wet’ and after some laps, I see that I am in the first position but tomorrow, I’ll try again and fight for the win. I said yesterday that I need ten or twelve wins, so we’ll try for this tomorrow.”

The Tissot Superpole Race starts at 11:00 local time (GMT+2) so make sure you enjoy all the action with the WorldSBK VideoPass, now at 50% off! 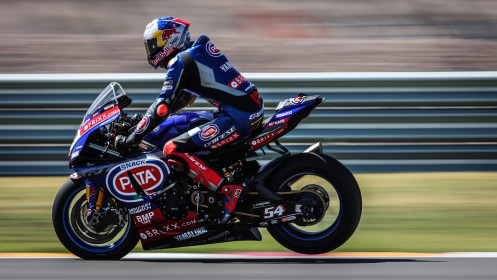 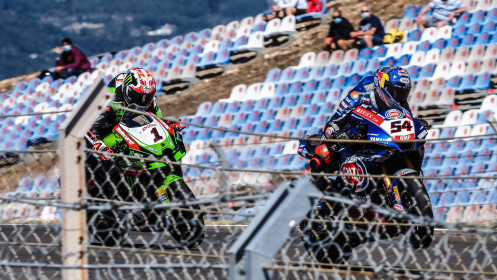 The latest episode in WorldSBK’s 2021 Championship fight sees Razgatlioglu respond to Rea’s comments about his style, although he’s adamant he won’t change 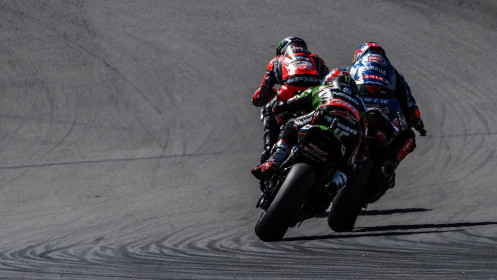 In what has been a remarkable points swing, Toprak Razgatlioglu and Jonathan Rea took the gloves off once again at Portimao…