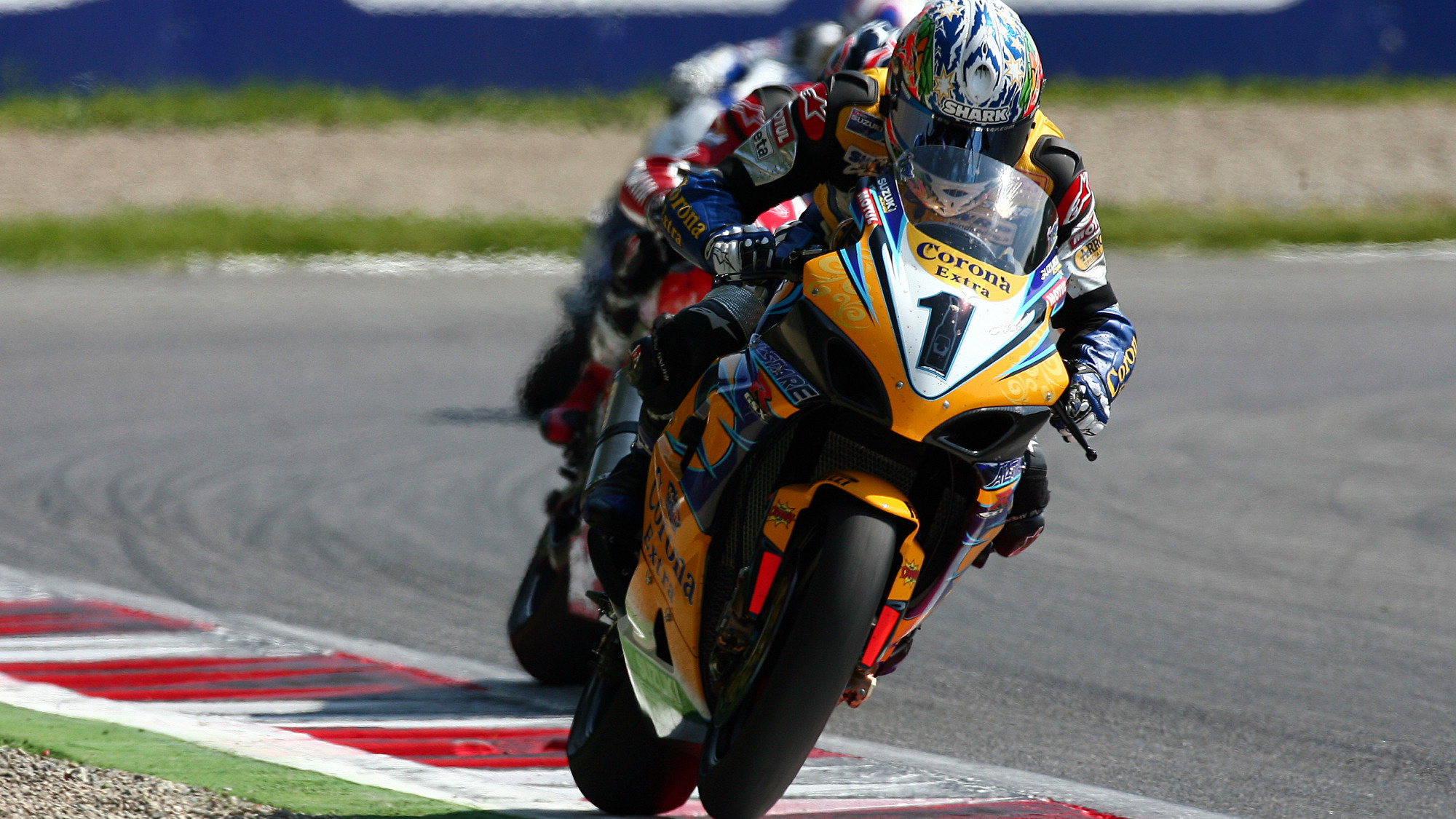 After 28 race wins and over 100 podiums, the Alstare Racing team are back in 2021, so enjoy some of their timeless colour schemes from previous seasons!

The 2021 MOTUL FIM Superbike World Championship enjoys the return of an iconic name to the class this year as the Alstare Racing outfit are back. Francis Batta’s iconic marque collaborate with the Gil Motorsport Team and will field Christophe Ponsson on the Alstare Yamaha. However, they first stepped into WorldSBK back in 1999 to take over the factory Suzuki effort, with Pierfrancesco Chili.

Going on to take the title in 2005 with Troy Corser and then welcoming Max Biaggi as a rookie race winner in 2007, the team had the iconic Corona Alstare Suzuki livery, before partnering with Dark Dog in 2008, where they won more races with Fonsi Nieto and Max Neukirchner. They were second in the title in 2010 with Leon Haslam, taking three wins. They joined with Ducati in 2013 and with Carlos Checa and Ayrton Badovini, enjoying moderate success. For 2014, they joined up with Bimota, before leaving the paddock until their 2021 return.

Enjoy the gallery of some of the best Alstare Racing colours of years gone by at the top of the article!

Make sure you follow the team’s return to World Superbike and watch all of the stories unfold LIVE throughout the season with the WorldSBK VideoPass!