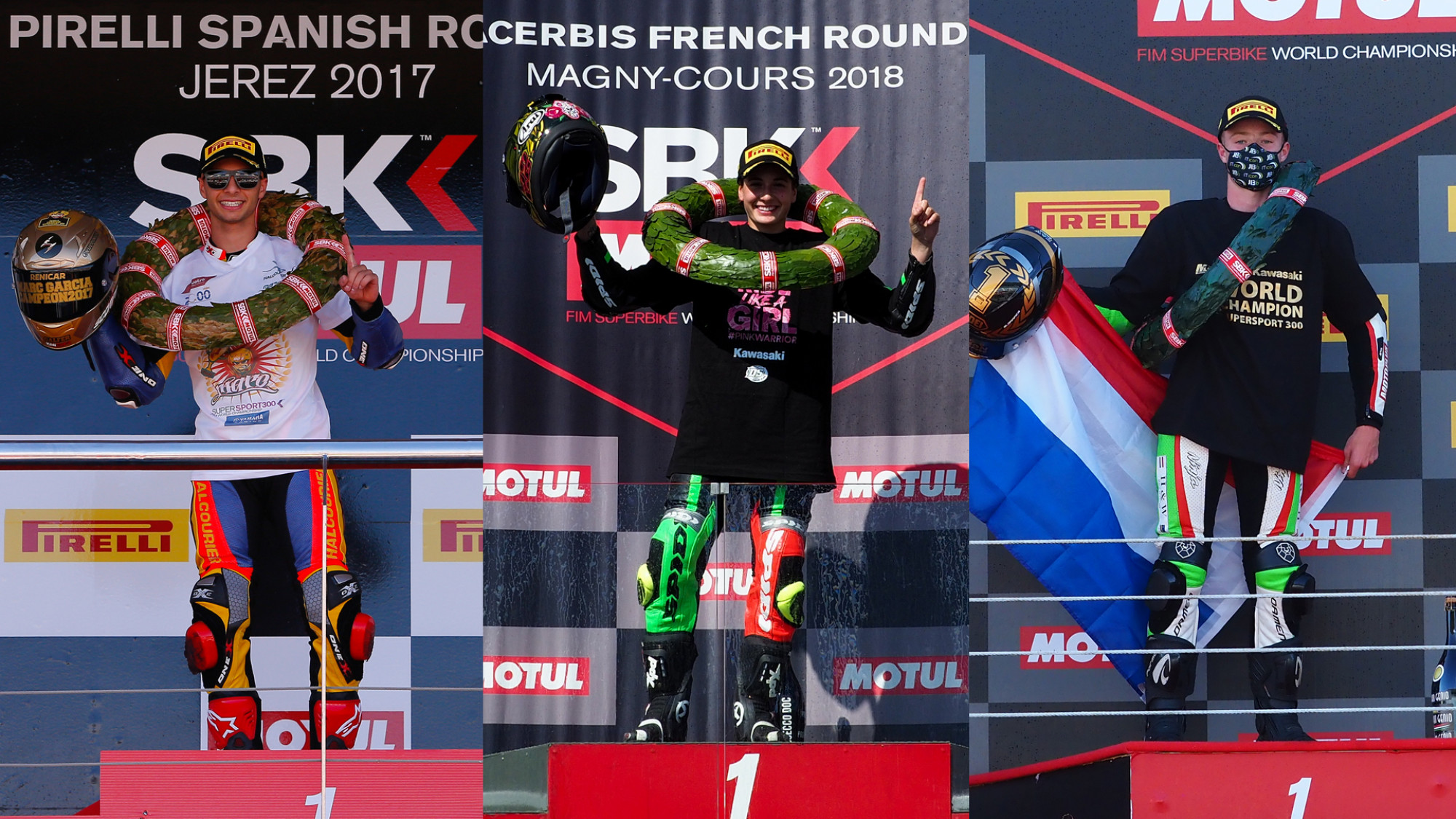 42 riders will take to the grid throughout the FIM Supersport 300 World Championship with the aim of becoming World Champion, but there is an interesting match-up set to define the 2021 season: the battle of three World Champions looking to claim their second title in WorldSSP300. It will be the first time since 2003 and the 125cc World Championship that a small class of a World Championship season has had three champions on the grid in one season when Roberto Locatelli, Emilio Alzamora and Arnaud Vincent shared the grid.

In 2019, it was the turn of Manuel Gonzalez with the Spanish rider moving up to WorldSSP the following year, before Jeffrey Buis (MTM Kawasaki) claimed his first title, and the first non-Spanish rider to win WorldSSP300, in 2020 after a hard-fought campaign against Carrasco, Garcia and others including former teammate Scott Deroue; all three Champions winning a race in 2020 following Garcia’s return for the second half of the season.

Last season, only two of the three were on the grid for the full season. Buis completed the whole season on his way to glory but Carrasco’s season was disrupted by an injury picked up in testing, while Garcia only returned to the Championship from the Catalunya Round onwards – the first Round of the season Carrasco missed. It meant the duo never battled it out on track in 2020, but that is set to change in 2021.

It means that, for the first time in WorldSSP300 history, three World Champions will battle it out for that elusive second title; all three aiming to become the first rider in WorldSSP300 to take two Championships. All three riders claimed at least one victory last season, with reigning Champion Buis claiming four and Carrasco and Garcia sharing two wins between them.

Because of the late start to Garcia’s campaign, and the injury that halted Carrasco in 2020, no one was able to see the three Champions on track at the same time. That will change when WorldSSP300 hits MotorLand Aragon to kick off the start of the season, a track Buis won at three times last year while Garcia and Carrasco are yet to record victories in WorldSSP300 at the Alcañiz circuit. Garcia also has not secured a podium at Aragon while Carrasco stood on the rostrum in Race 1 of the Aragon Round last year.

All three riders have made their own history in the class but 2021 will give them the chance to write some more, and if the battle between them on track is as good as it sounds, then 2021 is shaping up to be an even more memorable yet unpredictable season of WorldSSP300.

Don’t miss a moment of action in WorldSSP300 in 2021 using the WorldSBK VideoPass!