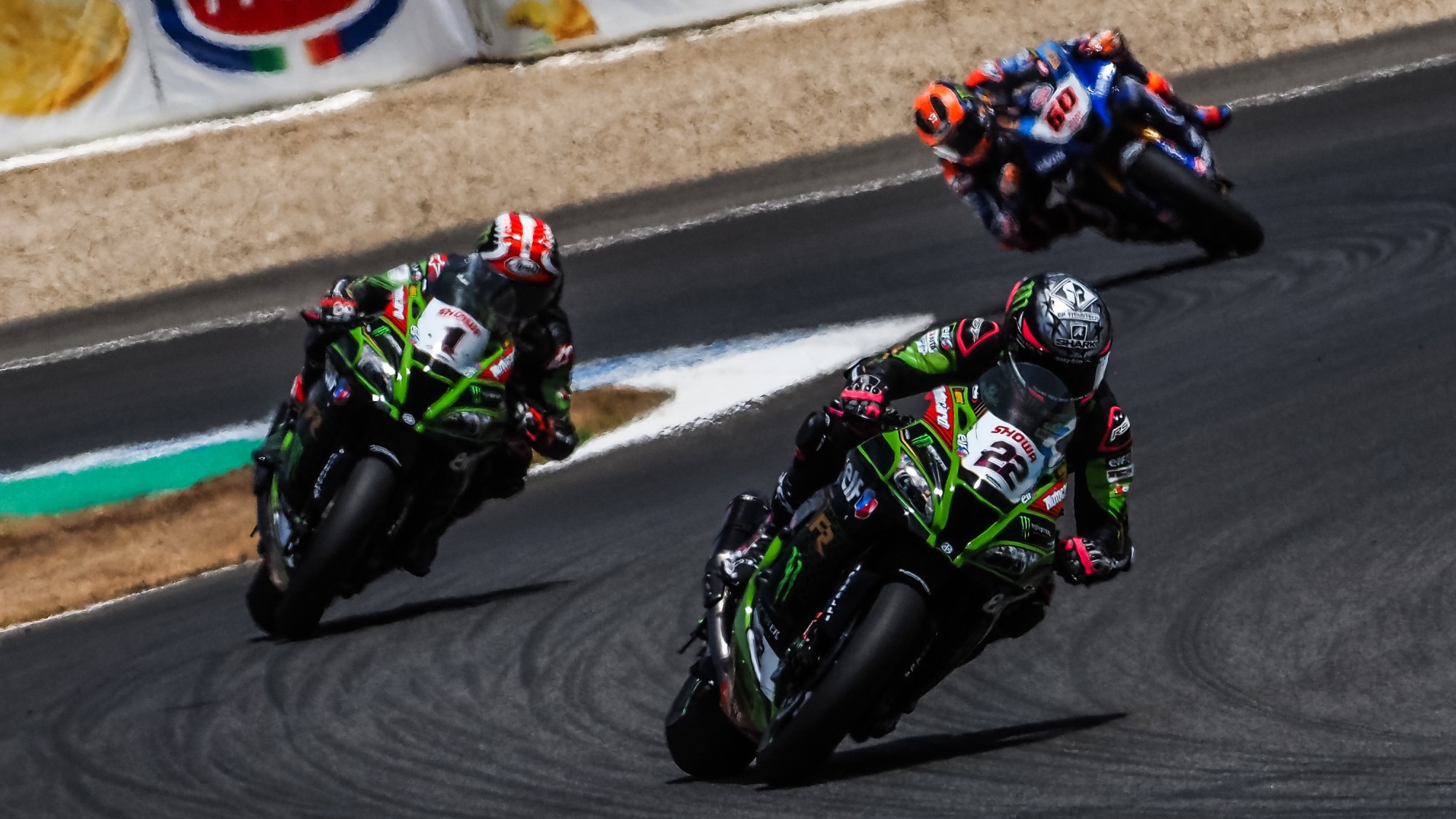 With MOTUL FIM Superbike World Championship action returning for the Pirelli Spanish Round at the Circuito de Jerez – Angel Nieto, the weekend started well for Kawasaki Racing Team with the squad picking up a podium in Race 1 before victory in the Tissot Superpole Race with reigning Champion Jonathan Rea (Kawasaki Racing Team WorldSBK).

Rea’s KRT teammate, Alex Lowes, went into the Round as the Championship leader and had to fight his way up the grid in Race 1 from 14th to finish ninth, while he gained two more positions in the Tissot Superpole Race to finish seventh and give himself a good grid spot for Race 2. The progress made in Race 1 and Superpole Races suggested Lowes would work his way forward during Race 2.

While Lowes gained two places in Race 2, he was unable to challenge further up the field and ended up finishing fifth while Rea, who had started on pole position following his Superpole Race victory, finished sixth; the first time since Laguna Seca Race 1 in 2014 that Rea has finished a race outside the top five, when he was competing on a Honda.

Rea added: “In Race 2, I felt hung out to dry on the first lap. I came around to Turn 3 and the rear was just coming sideways. I was the only one to use the hard option rear tyre, but I used it in Race 1 and it felt really good. It was pushing into the ground going forward but today it just didn’t have it. I was just trying to defend my position as much as possible and bring the bike home. It was a very long and painful race, but we did what we had to do.

“The only change was the rear tyre. In the Superpole Race we used the SCX tyre, the short race distance tyre, then for the afternoon we were able to use the race option so that was the biggest influence. Compared to our race time from Race 1 we were much slower, so we need to look at the data together with my team and the Pirelli engineers to understand what’s what but it’s not the best way to finish the weekend. It would’ve been nice to reverse the order of the results, so we went home happy but it’s a long Championship now, with three races per weekend, so I just need to keep doing my best and see what happens.”

Discussing Race 2, Lowes said: “To be honest, it was a bit of a bit of a baptism of fire for me – literally. I’ve not had much experience on the Kawasaki in these conditions so in the first race I was struggling to feel comfortable on the bike and I couldn’t really push. But we got faster every session and did a pretty good job with seventh from 14th on the grid in the Superpole Race and a top five in the second race. Not the easiest weekend but I took some points, I’ve got some experience if we have these hot conditions again.”

You can follow the 2020 WorldSBK season using the WorldSBK VideoPass!