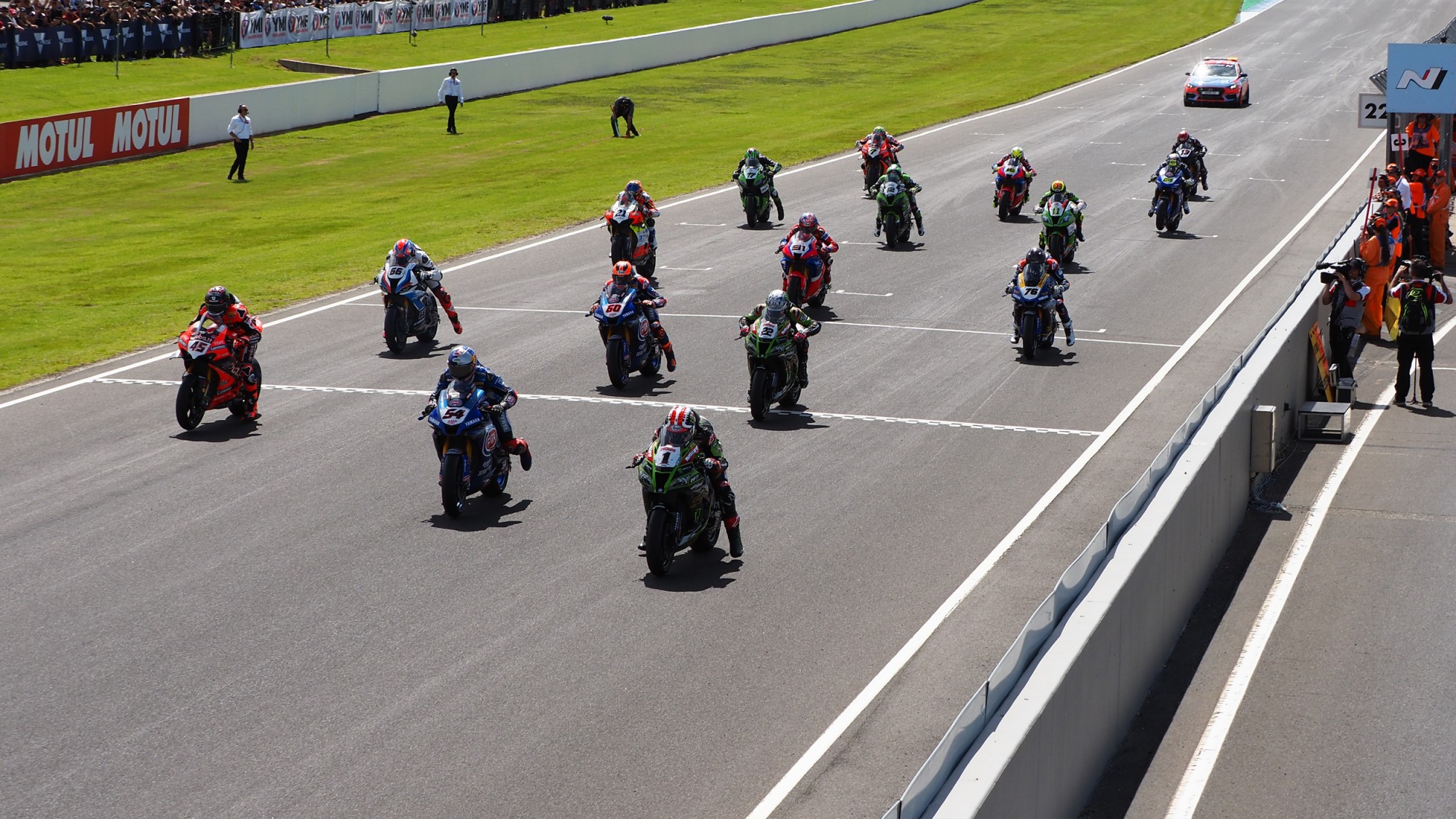 With the storm now settling and the WorldSBK paddock eager for more, there were plenty of patterns to pick out Down Under

The Yamaha Finance Australian Round proved to be one of the fiercest MOTUL FIM Superbike World Championship events for a long time, with incredibly close finishes and sensational battles throughout all races. From manufacturer parity to a variety of nationalities at the front and a host of Championship challengers after just one round, we learnt a lot in Australia.

WorldSBK really is unpredictable: With a combined gap of just 0.111s between first and second across all three races, the FIM Superbike World Championship is too close to call after the opening round of the season. Three different winners of WorldSBK races for the first time ever in the Championship’s history, two races with three manufacturers on the podium and two first-time Championship leaders, it really is a year of many contenders, ready to fight at the head of the WorldSBK field.

Rivals are coming from all angles: This season, there looks to be more Championship contenders than ever before, with three race winners and five competitive manufacturers – not to mention countless riders looking to cause an upset. Reigning five-time Champion Jonathan Rea will need to fight his teammate, the Pata Yamahas and the Ducatis, whilst also taming BMW and Honda, as they’ll make gains throughout the year. But it isn’t just Rea, as whoever wants to take the title the most will have to overcome him and then the other rivals; as 2019 demonstrated, Rea is hard to beat. It may well be about playing the long game…

We really do have FIVE competitive manufacturers: After seeing five manufacturers inside the top five on the grid after Tissot Superpole on Saturday, it was game on Down Under. The 2020 Yamaha R1 proved to be a weapon in all areas, whilst the new Honda CBR1000RR-R SP achieved a double top six finish in Race 1. BMW started the season with a pole position, whilst Kawasaki took two wins. Over at Ducati, despite not being able to win, three podiums emphasised their seriousness about 2020. With all five manufacturers in the mix come Jerez, more unpredictability awaits.

An array of competitive nationalities: Brits achieved two victories (including a 1-2 in Race 2), whilst Turkey’s Toprak Razgatlioglu (PATA YAMAHA WorldSBK Official Team) was Race 1’s winner. Dutch teammate Michael van der Mark le was in contention for victory in all three outings, whilst Spain’s weekend improved, as Alvaro Bautista (Team HRC) came through in Race 1 and 2 to finish in the top six. Chile’s Max Schieb (ORELAC Racing VerdNatura) shone in seventh and was top Independent in Race 2, as France’s Loris Baz (Ten Kate Racing Yamaha) was a race leader for the first time since 2014. A top ten for Italy in Race 1 thanks to Michael Ruben Rinaldi (Team GOELEVEN) was positive, whilst German manufacturer BMW took a third pole position in WorldSBK, courtesy of Tom Sykes (BMW Motorrad WorldSBK Team).

Independent teams have a fighting chance: Following the success of factory teams at Phillip Island, there were also plenty of positives for the Independent teams. Loris Baz shone brightly, with his ability to lead in WorldSBK rekindled in Race 2. Race 1 saw Michael Ruben Rinaldi inside the top ten whilst in Race 2, it was Max Scheib who stole all the headlines to take top Independent honours. Notable mentions go to Garrett Gerloff (GRT Yamaha WorldSBK Junior Team), who was as high as seventh in Race 1 and Sandro Cortese (OUTDO Kawasaki TPR) was inside the top ten after Race 2. Is this the year the Independent teams really come on strong?