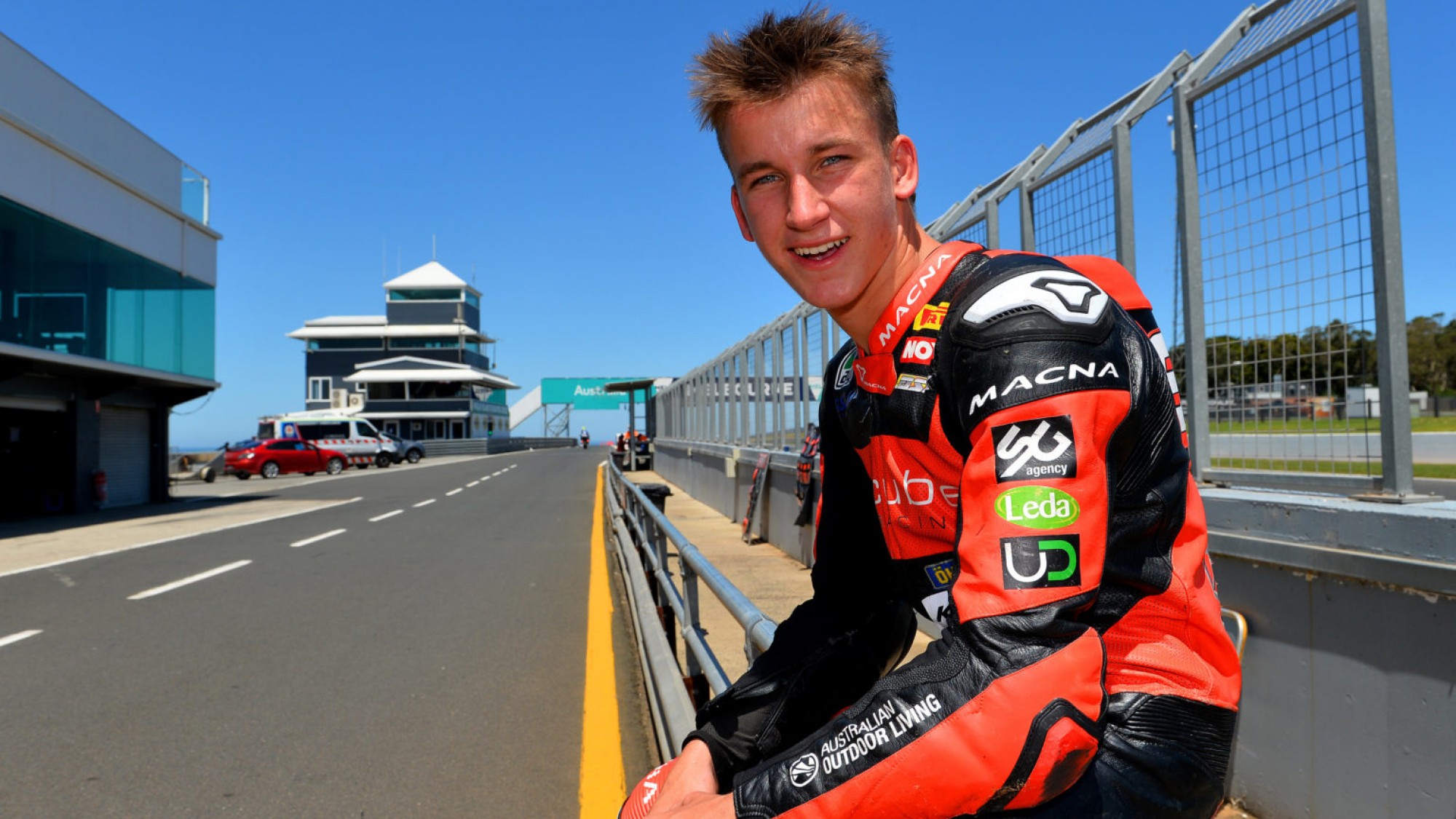 After the news broke last week that Oli Bayliss (Cube Racing Team) would make his World Championship debut as a wildcard at Phillip Island, famous father Troy Bayliss has applauded his son ahead of the WorldSSP season opener. Bayliss had an illustrious career in WorldSBK, with three WorldSBK Championships clinched in 2001, 2006 and 2008, with numerous battles eventually giving him 52 race wins and a place in WorldSBK history.

Bayliss’ son Oli is the first of the next generation of WorldSBK stars from famous racing dads in the Championship. Oli has been a front-runner in the domestic series back in Australia and is entering just his second season of Supersport action. Undoubtedly proud to fly the Australian flag and put the Bayliss name back on the screens of thousands, Oli will make his debut in one of the most competitive World Supersport fields in recent memory.

Speaking of his son, Troy stated: “His first year on a 600 in 2019 taught him a lot, not just about racing a bike, but communicating with the team, also learning what impacts changes in settings have on the bike on-track. He's really improved a lot and I think the biggest challenge for the weekend will be for Kim and me, as we have to watch him on track twice as much!

“Right now, he really wants to do it, he’s enjoying his racing and it’s a difficult one for me as when I ride with him on the track we have the best time ever, but when he’s on the track I feel like a really normal dad. I get really nervous and I find it really difficult to actually watch him race!”

Troy Bayliss left the Championship in 2008 on a high but came back as a replacement in 2015 for the first two rounds of the season, where he achieved a top ten in Thailand and the Buriram track – a circuit completely new for him and WorldSBK. Bayliss then continued to race domestically and now, gets to see his son Oli on track for the first time on the world stage.

“It will be his first international race and he’s nervous and excited,” said Troy, a former MotoGP™ winner too. “It will be an experience and if he can grab a couple of points that will be even better. He has so much more experience than I had at the same age, as I didn’t start road racing until I was 22, and he’s just turned 16 and basically he can nearly beat me on the track at the moment.”

The senior Bayliss made his debut in World Superbike at Phillip Island in 1997, where despite crashing in Race 1, he was able to take two fifth places. The Australian then went on to achieve British success before returning full-time in 2000 to WorldSBK, replacing the injured Carl Fogarty, who would never return to racing action.