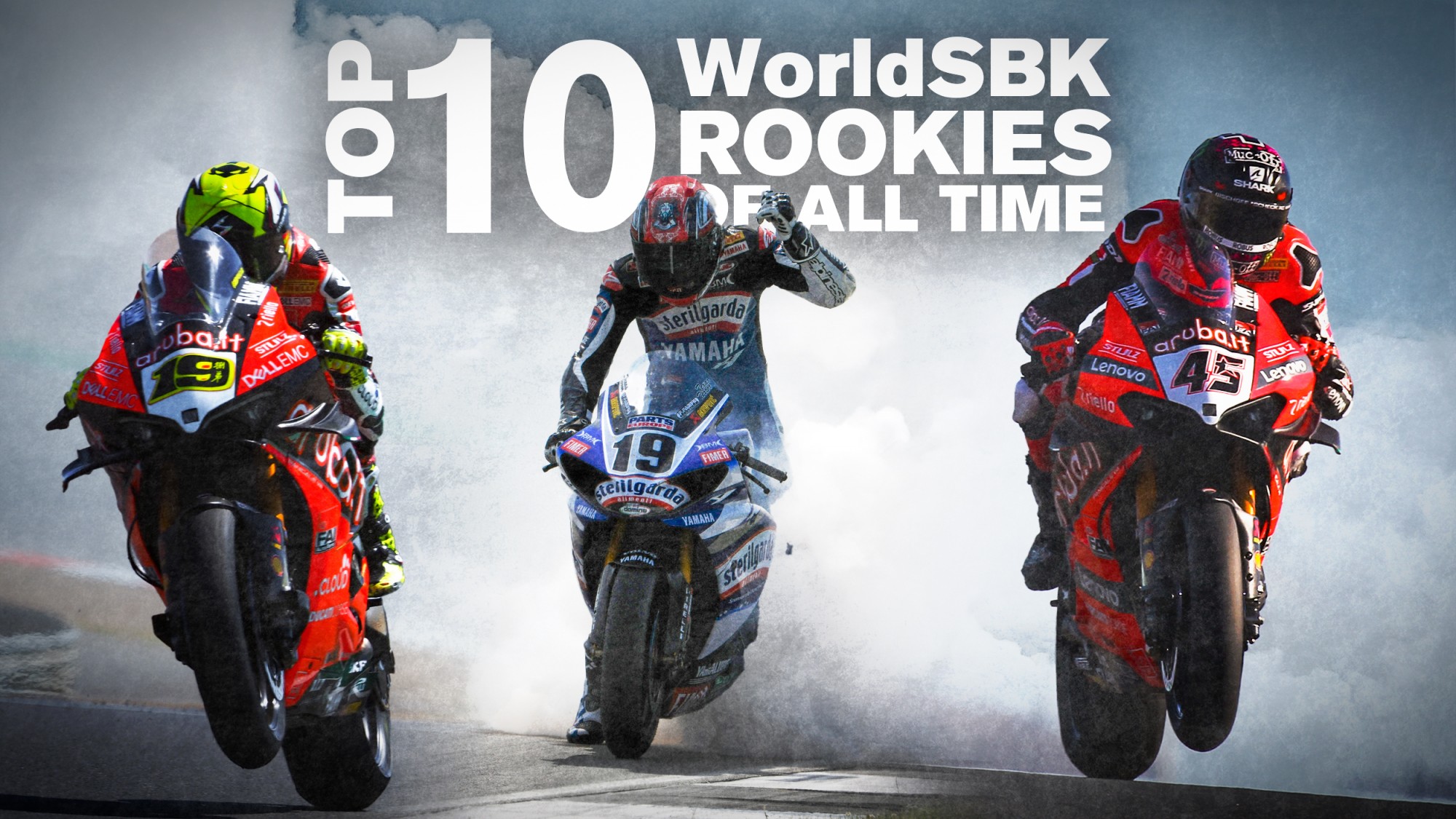 The record-breakers, the silver medalists and the Champions that stole the show in their first year

With the sun setting on the 2020 MOTUL FIM Superbike World Championship, and with fast rookies showing their worth, it is time to glance back at history – both recent and beyond – and see who the best rookies were in WorldSBK. Enjoy Part 1 here, whilst enjoying who makes the cut for the top five below. Don’t forget to join the conversation and give us your top ten across our social channels!

Coming into WorldSBK as reigning BSB champion, Scott Redding (ARUBA.IT Racing – Ducati) was out to take the crown at the first time of asking in 2020. Although it wasn’t to be, it was a stellar year from Redding – five wins, nine other podiums (including three thirds in his first three races) and second overall to Jonathan Rea (Kawasaki Racing Team WorldSBK), Redding can look back at his year as a proud rookie. He even led the standings too, perhaps a sign of things to come in the future.

‘The Roman Emperor’ had eight seasons in the premier class of Grand Prix racing to take the title and didn’t do it, but after a year out in 2006, where he tried to come to WorldSBK, he finally arrived in 2007 and in style. He won the first race of the year at Losail in Qatar and of his first 11, missed the podium just three times. Going into the final round at Magny-Cours with a gap of 29 to points leader Toseland after a Vallelunga win, Biaggi settled for third overall in his rookie year, a fine effort indeed.

3.) From a year learning to waterski to nearly walking on water for John Kocinski: 1996

From Little Rock in Arkansas, John Kocinski’s unique way of going about business landed him in WorldSBK for 1996, after taking 1995 out to learn how to waterski. The 1990 250cc World Champion and 500cc GP winner erupted onto the scene with an immediate double win at Misano; three more wins would come along with seven other podiums and going into the season finale at Phillip Island, he had a chance of the title but would take third overall, before going one better in 1997.

Not only had WorldSBK never seen anything like it but world motorsport never even considered it: Alvaro Bautista joined the grid in 2019 and instantly took victory not once, twice or even three times consecutively… 11! 11 wins to start off 2019 but he crashed heavily in the middle part of the year to finish a distant second to Jonathan Rea. Despite one of the biggest downfalls in motorsport history, Bautista’s start to his rookie season was simply unbelievable and probably, unrepeatable. Majestic.

Ben Spies’ talents were never in doubt but despite his three American Superbike titles in succession in the three years before, the 2009 season couldn’t have been imaginable. Unbelievable bad luck, exquisite victories and pole records coming out of his ears, Ben Spies’ year was crazy. From 88 points back at Kylami, Spies was the Championship leader by the Nurburgring, but title rival Noriyuki Haga wasn’t done yet and the two went head-to-head for the showdown at Portimao. Spies took victory in Race 1, the title in Race 2 and in all of WorldSBK history, remains the only rookie World Champion.

Get ready for 2021 and enjoy all the off-season and preseason videos with the WorldSBK VideoPass!