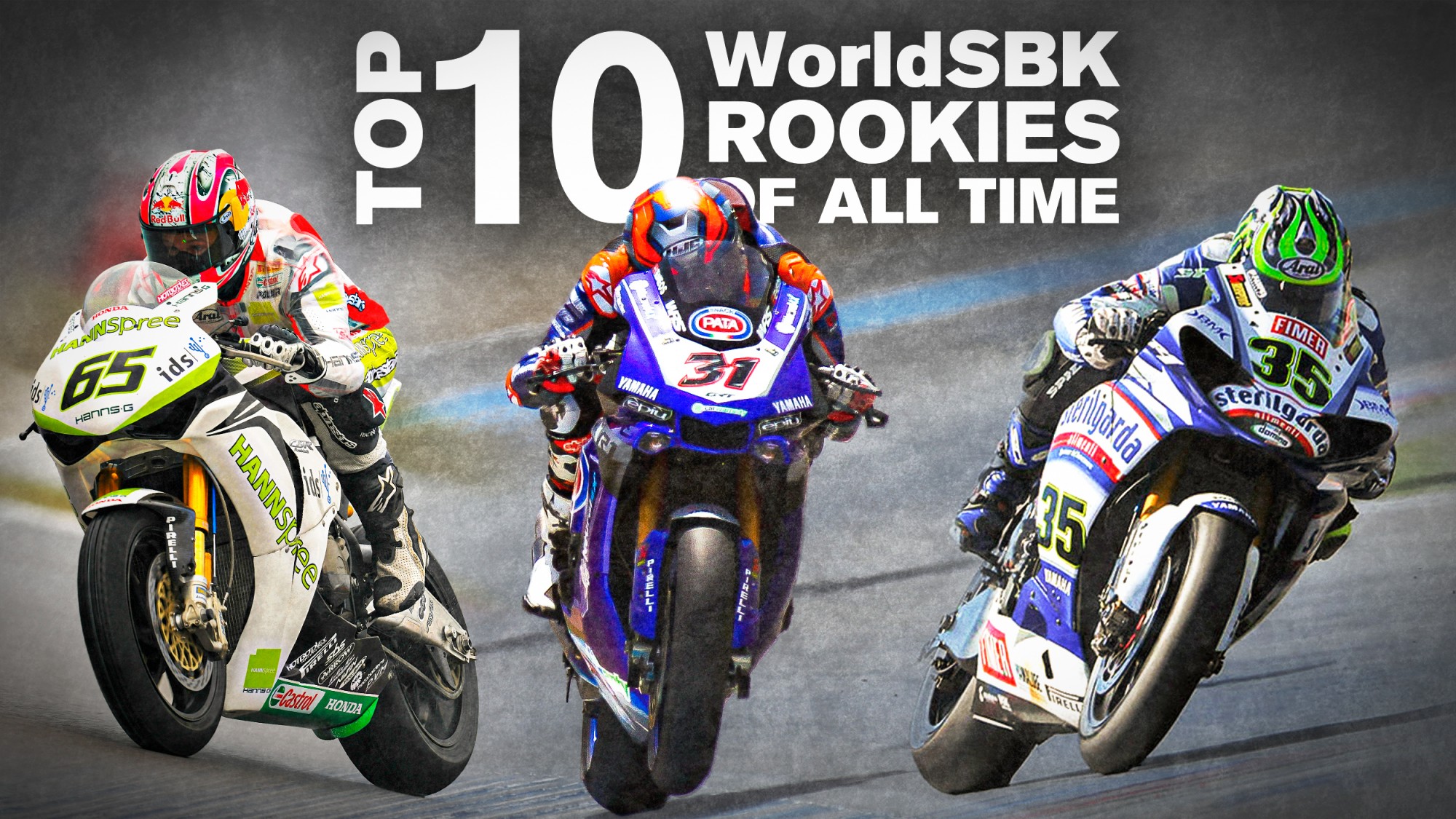 From major surprises to emotional graduations and big success, these rookies earnt their place…

The 2020 MOTUL FIM Superbike World Championship may have come to a close but the season had huge headlines throughout, especially with some top riders in 2020 being rookies. In this top ten feature, we look back at some of the stand-out rookies in WorldSBK history, from Grand Prix arrivals to WorldSSP graduates, enjoy Part 1 below and Part 2, here.

When Garrett Gerloff announced he was coming to WorldSBK with the GRT Yamaha WorldSBK Junior Team, nobody could have expected that by round six, he’d be on the podium at a circuit almost completely new to him. But now with three podiums banked and a MotoGP™ debut made in place for Valentino Rossi at the European Grand Prix, Garrett Gerloff has impressed almost everyone in the sport. The 25-year-old American has a big future ahead of him, that is guaranteed.

Jonathan Rea came to WorldSBK and lined up on the Portimao grid for his debut in 2008 but he made a full-time move to the class in 2009 with the Ten Kate Honda team. A fine season consisted of a career-first victory in Race 2 at Misano, seven other podiums – including a win at the Nurburgring – and fifth overall in the standings, also finishing as top Brit. Two wins of his current total of 99, Rea’s 2009 season was brilliant and one of the best put together by a WorldSSP graduate.

Mad, crazy and WorldSBK’s crown prince: Noriyuki Haga’s full-time debut in 1998 started his rookie season in style with three wins in the first four races at Phillip Island and Donington Park – tracks he’d never seen before. Sadly, big injuries at Monza ruined the bulk of his season but two more wins and a podium in WorldSBK’s first visit to South Africa meant that Haga took sixth overall and challenging for a top five. His last victory of the year was the last race of the year, at home at Sugo.

The 2010 season saw Cal Crutchlow step into WorldSBK as WorldSSP Champion and despite crashing out of his first race, podiums would follow soon enough. Crutchlow was third at Portimao and took a first win at Silverstone, where he’d go on to complete the double – the first British rider to do that at the track since Neil Hodgson in 2003. One more win at Magny-Cours, six other podiums and fifth overall in the standings, Crutchlow’s only WorldSBK year was impressive before his MotoGP™ move.

6.) Melandri reignites rivalries as a rookie: 2011

2011 would be the year that Marco Melandri came back as a World Championship contender, having had the last three years in the doldrums in MotoGP™, yielding a sole podium. In WorldSBK, he hit the ground running at Phillip Island with a podium before going on to come from row three on the grid at his beloved Donington Park to take a career-first victory. Regularly on the podium and with four wins, he was a runner-up rookie overall, behind former MotoGP™ teammate Carlos Checa.

Enjoy all of the off-season content and more classic races with the WorldSBK VideoPass!