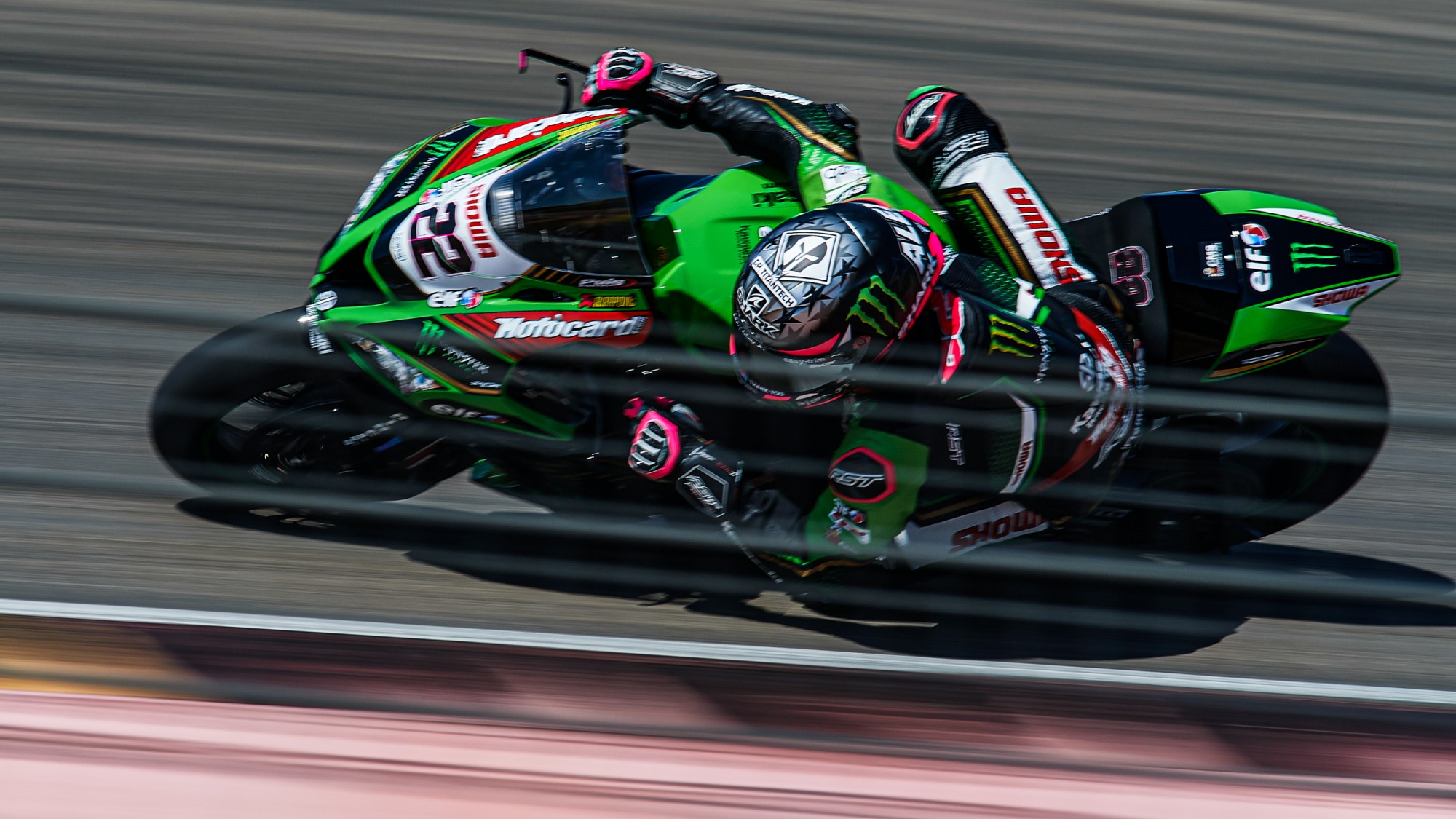 Hot and sunny weather made way for drops of rain as the second of two days of testing came to an end on Friday, with Britain’s Alex Lowes (Kawasaki Racing Team WorldSBK) topping the second day of running. Lowes was the only rider to lap the 5.344km MotorLand Aragon circuit under 1’50s, showing promise before MOTUL FIM Superbike World Championship heads for two Rounds at the circuit.

Lowes continued to show how KRT were showing strong pace around Aragon as he went faster than teammate Jonathan Rea did on day one with Lowes trying out fresh options at the front of the bike to help him feel more comfortable in hot conditions. While track conditions were not as hot as yesterday, with track temperatures falling throughout the afternoon, Lowes will be pleased with the performance shown as he looks to haul himself up the standings when WorldSBK hits MotorLand Aragon soon. Rea made it two Kawasakis in the top three as he lapped nearly four tenths lower than his KRT teammate, with Rea not working on anything new but looking for an improved setup for the ZX-10RR.

Michael van der Mark (PATA YAMAHA WorldSBK Official Team) was Lowes’ closest challenger on day two, with the Dutchman lapping almost three tenths slower than Lowes. Van der Mark was trying a solution to something the team had tried yesterday, with van der Mark heading into the day believing they had solved the issues that came about on day one. Turkish sensation Toprak Razgatlioglu (PATA YAMAHA WorldSBK Official Team) was seventh fastest following day two running, just over a second away from Lowes’ pace setting time, with Razgatlioglu attempting to improve rear grip on the YZF R1 following improvement in yesterday’s hot conditions.

Leon Haslam (Team HRC) was the sole Honda rider present on day two with the British rider finishing the day in fourth place. Haslam, and Honda, have been evaluating new items for the bike throughout races since racing resumed, but with the MotorLand Aragon allowing to test and evaluate in a calmer way with more track time available. Alvaro Bautista (Team HRC) did not test on day two having taken part on day one, with Haslam riding over the two days.

Scott Redding (ARUBA.IT Racing – Ducati) and Ducati teammate Chaz Davies were fifth and sixth respectively. British rookie Redding was focusing on improvements in the braking area as it’s an area Redding believes Kawasaki and Yamaha are strong, after spending day one working on grip and the front end; Redding completing the most laps during day two with 67. Davies continued to focus on race pace as he looks to improve his already good record at Aragon.

Roman Ramos claimed top Independent honours during the test as he lapped around 0.6s seconds slower than Razgatlioglu as the Spanish rider tested a race engine, having used a test engine on day one. He was faster than Maximilian Schieb (ORELAC Racing VerdNatura) with the Chilean focusing on long-run pace and tyre management to improve feeling throughout the second half of the races. Sylvain Barrier (Brixx Performance) rounded out the field of all-day runners with the Frenchman working on the front end to give him more confidence onboard his Ducati Panigale V4 R, with Barrier believing they need to make a small step forward.

The top six after day two of running at MotorLand Aragon:

You can follow the exciting 2020 season using the WorldSBK VideoPass! 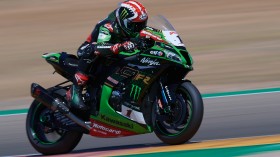