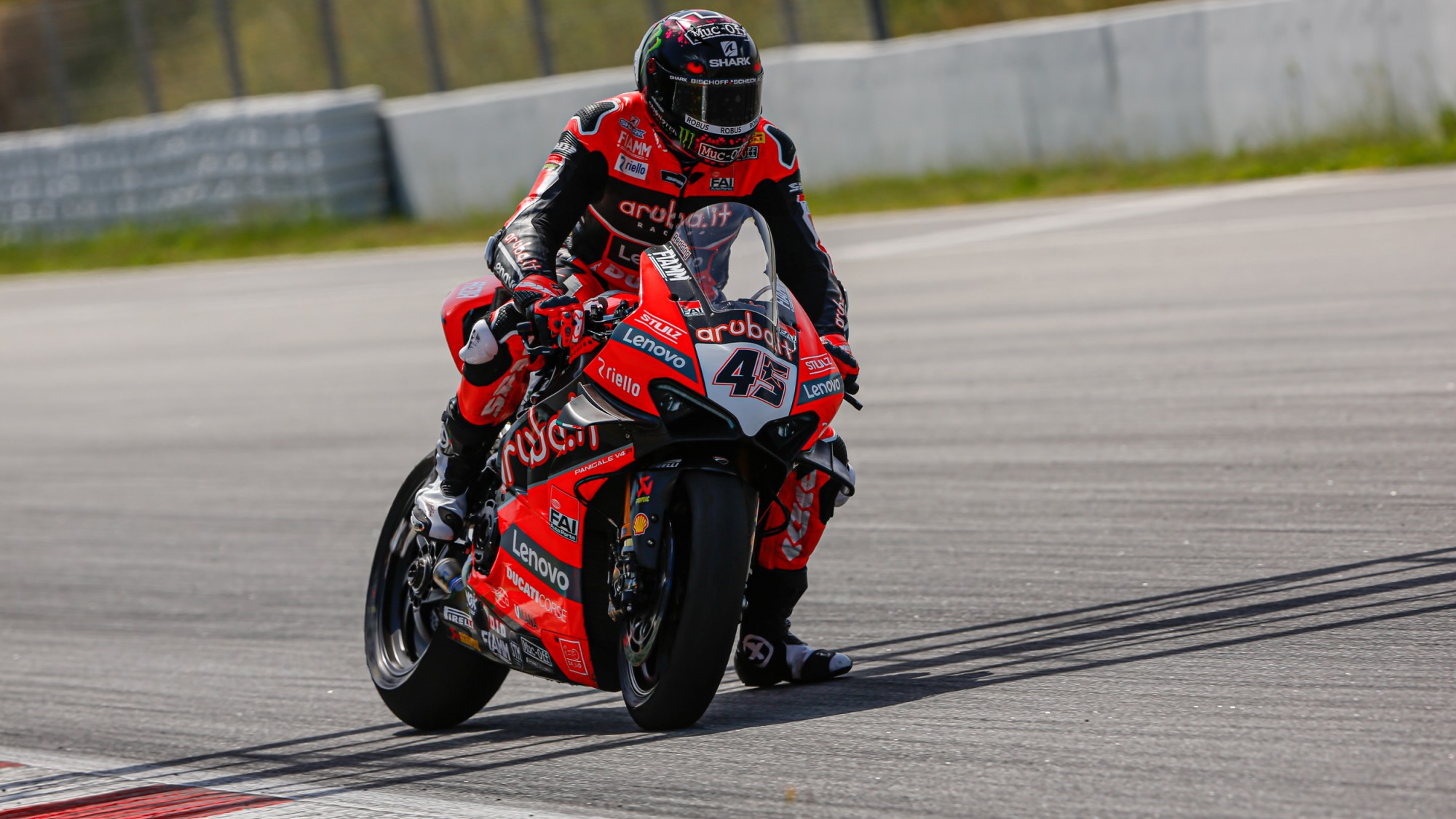 As MOTUL FIM Superbike World Championship nears a resumption, teams and riders returned to track action at the Circuit de Barcelona-Catalunya for the first of two days of testing. Kawasaki and Ducati machines made up three of the top four of the results with Scott Redding (ARUBA.IT Racing – Ducati) leading Jonathan Rea (Kawasaki Racing Team WorldSBK) by just over a tenth of a second with all five manufacturers in the top six.

Track temperatures exceeded 47 degrees Celsius in the afternoon session and it would take until the last 15 minutes of the session before times started to improve at the top of the timesheets; Redding finding another two tenths to top the overall timesheets and the afternoon session. Reigning Champion Rea was second overall as the pair battled it out to be fastest on day one.

Loris Baz (Ten Kate Racing Yamaha) finished the session in third place on his Yamaha machine, just over two tenths off Redding’s fastest time of the day as he was the fastest Yamaha rider of the day as he completed 100 laps during the day. He held off Championship leader Alex Lowes (Kawasaki Racing Team WorldSBK) who finished in fourth place for the day.

Sandro Cortese (OUTDO Kawasaki TPR) also improved in the afternoon session to finish the day in seventh placed, with Chaz Davies (ARUBA.IT Racing – Ducati) and Toprak Razgatlioglu (PATA YAMAHA WorldSBK Official Team) following just behind with the two riders separated by a tenth. For Turkish sensation Razgatlioglu, today was about getting back up to speed following Phillip Island; since then, Razgatlioglu had only been riding on a small track in Turkey.

Razgatlioglu’s Yamaha teammate, Michael van der Mark was 11th as he lapped the Circuit de Barcelona-Catalunya 1.2s slower than pace setter Redding. Like his teammate, van der Mark had not been on a WorldSBK machine since Phillip Island; his only outing coming on a standard bike at TT Circuit Assen.

Leon Haslam (Team HRC) was able to get back out on track following his crash in the morning session as he finished 12th fastest overall; completing 29 laps in the afternoon session and 53 laps overall. Haslam finished ahead of Leandro ‘Tati’ Mercado (Motocorsa Racing Team) and Garrett Gerloff (GRT Yamaha WorldSBK Junior Team). Gerloff was classified 14th overall but improved significantly in the afternoon session as he ran as high as fifth before the times started tumbling.

The top six after day one of running: