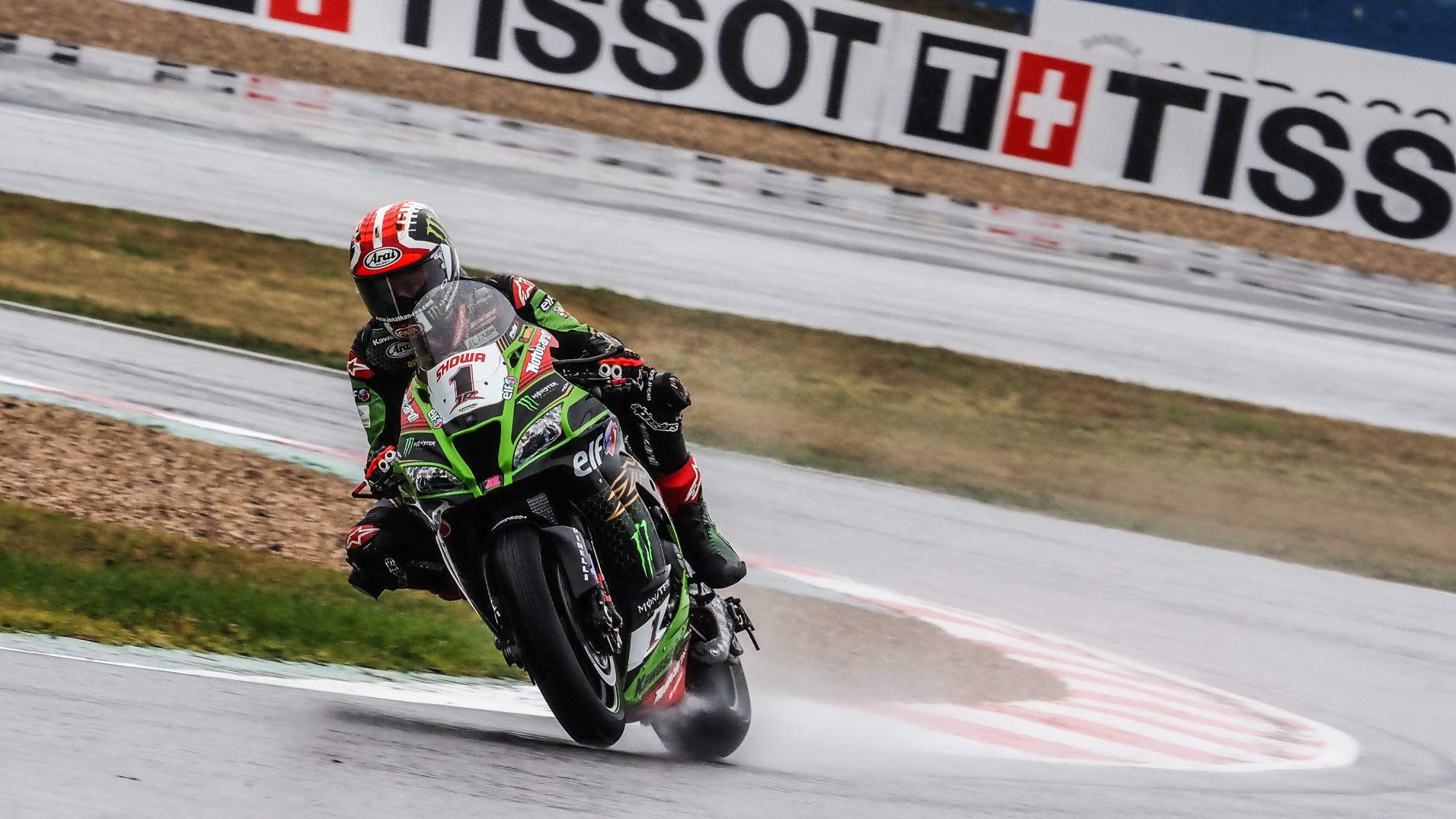 The penultimate round of the MOTUL FIM Superbike World Championship as WorldSBK action started at Magny-Cours for the Pirelli French Round in wet conditions. An action-packed session was topped by Jonathan Rea (Kawasaki Racing Team WorldSBK) as the reigning Champion started the weekend in perfect fashion.

Rea was one of the last riders to head out on track and put in a series of quick times to overhaul Loris Baz (Ten Kate Racing Yamaha) with around 30 minutes left in the session. He eventually posted a time of 1’51.924s to top the session by over 1.5s ahead of Baz and Tom Sykes (BMW Motorrad WorldSBK Team). Rea spent the last 10 minutes of the session continually bringing down the benchmark, becoming the only rider to lap under the 1’50 bracket.

Toprak Razgatlioglu (PATA YAMAHA WorldSBK Official Team) continued to improve his time throughout the session and ended the day in fourth place, just ahead of Xavi Fores (Kawasaki Puccetti Racing); Fores announcing earlier this week he would not be remaining with the team into 2021. Alex Lowes (Kawasaki Racing Team WorldSBK) finished in sixth place.

Rookie Scott Redding (ARUBA.IT Racing – Ducati) was seventh fastest as he looks to stop Rea being crowned Champion at the French Round, while a late-session crash at Turn 15 for Michael Ruben Rinaldi (Team GOELEVEN) did not stop him finishing inside the top eight. Michael van der Mark (PATA YAMAHA WorldSBK Official Team) was in ninth despite a mechanical issue right at the end of the session, with Leon Haslam (Team HRC) rounding out the top ten.

Not the start he wanted

Chaz Davies (ARUBA.IT Racing – Ducati) finished the session down in 16th place during the wet session while Alvaro Bautista (Team HRC) was down in in 19th place. Federico Caricasulo (GRT Yamaha WorldSBK Junior Team) had a big crash under braking at the Turn 5 Adelaide hairpin, with the Italian able to get up after the crash under his own steam. The crash brought out the Red Flag with 16 minutes to go so his bike could be cleared with Caricasulo finishing the session in 13th place. Samuele Cavalieri (Barni Racing Team) suffered a crash at Turn 2 with around 20 minutes left in the session with the Italian rider unable to re-join the session and being classified in 21st place.

You can follow more action from the French Round with the WorldSBK VideoPass!