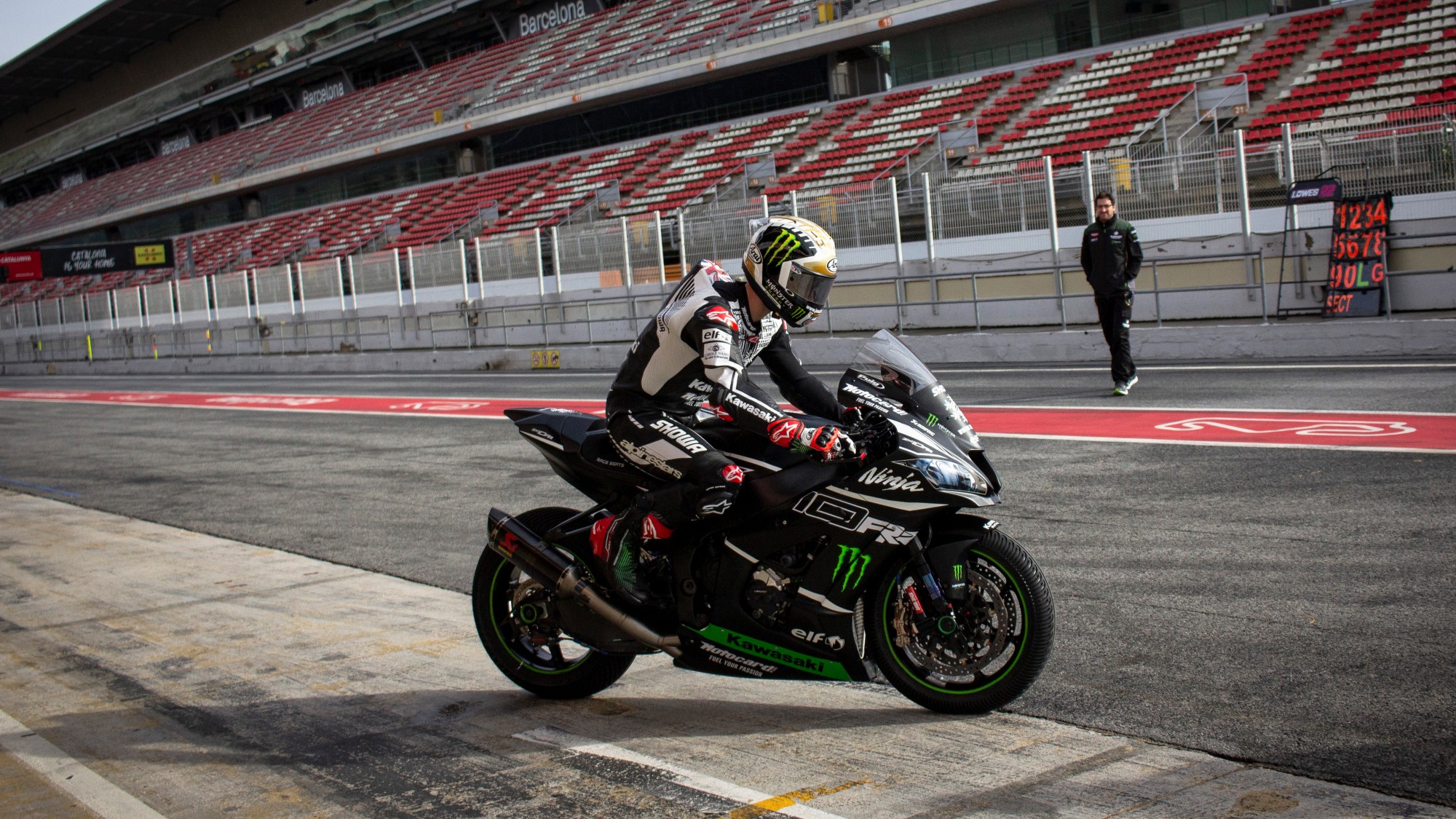 Back out on track and getting ahead of the game for the first ever Catalan WorldSBK Round, Jonathan Rea (Kawasaki Racing Team WorldSBK) and teammate Alex Lowes were in action at the Circuit de Barcelona-Catalunya on Monday 27th January, whilst other teams were testing at Portimao. Both riders were new to the track and with the team is based just a stone’s throw from the venue, the focussed on getting in crucial laps at an unknown circuit to the WorldSBK field.

Despite a wet start to the day, it turned dry for the Spanish-based team, who gathered valuable data in order to have a clearer direction to work in ahead of the season-opening Australian round of the Championship at Phillip Island. Working overall on the balance of the bike, Jonathan Rea’s chase for a sixth success World Superbike title is well-and-truly on in 2020.

“It has been so nice to get this extra day after Jerez, because we got really decent weather, the track was dry and we managed to put in a lot of laps,” said the Reigning five-time WorldSBK Champion. “We were able to back-to-back some items that we were not sure about with the weight balance of the bike in Jerez. In the end we tried something on the front suspension and did some practice starts.

“The big positive is that I really enjoyed the track and the bike works really well here. I think it sets us up in a good frame of mind now. I feel fast and consistent and this positive test has prepared us to go to Australia, where we will start the new season. Thanks to the team for pulling out all the stops to get us a proper test day here because I know it was not in the plan. Next is the team launch where we get to be all excited about our new colours and then move on.”

Alex Lowes was also in action and he focussed on learning the circuit as well as continuing to get to grips with the ZX-10RR weapon at his disposal: “I want to say a big thanks to KRT for working really hard to get us this extra test. Obviously, I have not had too many chances to have dry laps this winter, so I really appreciate this extra day at Montmelo.

“The track is fantastic; it is always exciting coming to a track for the first time. I am getting old now so there are not many tracks I have not ridden! I have really enjoyed it today and I probably learned more about the bike than in the other tests, so that is really positive for me going into Phillip Island. I really enjoyed working with the team and I cannot wait to start racing now.”

Looking to Phillip Island, Kawasaki have an incredible record. 10 wins, eight poles and an incredible 30 podiums – of which 17 have been since 2012. However, with no wins since 2017, they will be eager to return to the top step and topple the Ducati dominance of the two previous seasons.

Get all of the action and the build-up to 2020 and enjoy the season in full with the WorldSBK VideoPass!