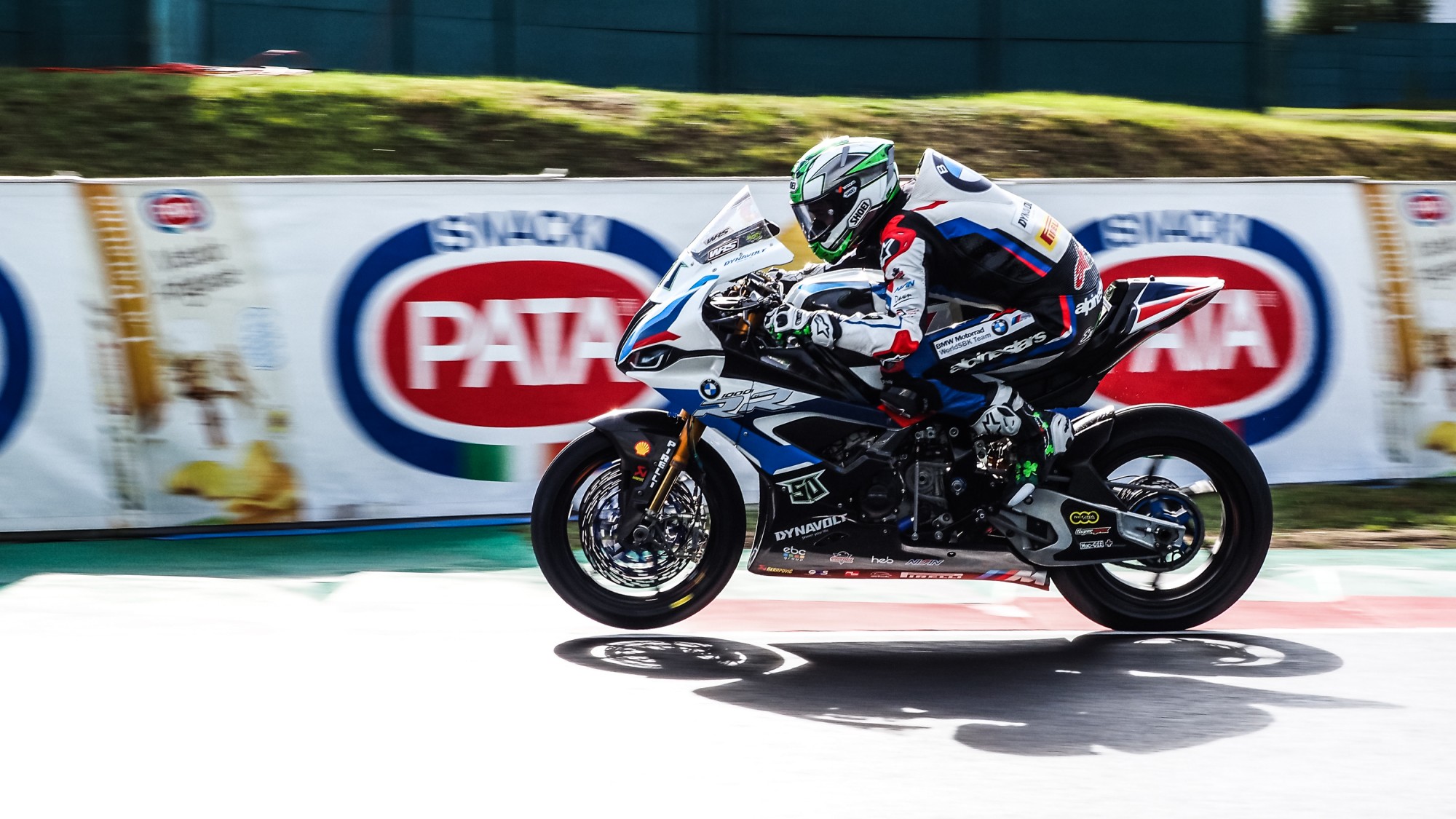 A wet but drying Circuit de Nevers Magny-Cours circuit provided challenging conditions for the MOTUL FIM Superbike World Championship competitors but it was the BMW duo of Eugene Laverty (BMW Motorrad WorldSBK Team) and Tom Sykes who mastered the conditions as they secured BMW’s first ever Superpole 1-2 result, with Irish rider Laverty on pole position.

Both riders left it late before posting their best time of the 25-minute session with Laverty posting a 1’48.644s to take the fourth pole position of his career and the first with BMW as he held off the challenge from teammate Sykes by more than one tenth. Sykes will line-up alongside Laverty on the front row and they will be joined by five-time World Champion Jonathan Rea (Kawasaki Racing Team WorldSBK); Rea bouncing back from a Free Practice 3 crash to secure a front row start; his 16th consecutive front row start.

Alex Lowes (Kawasaki Racing Team WorldSBK) made it two Kawasakis in the top four although Lowes had set the pace in the early stages of the session, with Lowes looking like he was going to snatch a late pole position before losing time in the final sector. Garrett Gerloff (GRT Yamaha WorldSBK Junior Team) scored career-best Superpole result and the first top five for an American rider since Losail 2016; when Nicky Hayden secured fifth place. He will line up alongside Michael van der Mark (PATA YAMAHA WorldSBK Official Team) with the Dutchman in sixth place.

Michael Ruben Rinaldi (Team GOELEVEN) qualified in seventh place ahead of his Independent rider rival Loris Baz (Ten Kate Racing Yamaha) alongside him. Rinaldi currently leads Baz in the standings for the honour of Independent Riders. Chaz Davies (ARUBA.IT Racing – Ducati) was in ninth place ahead of Scott Redding (ARUBA.IT Racing – Ducati) in tenth; Redding lining up seven places behind Rea in the title fight.

Toprak Razgatlioglu (PATA YAMAHA WorldSBK Official Team) will line up in 13th place although his performances in 2019 at Magny-Cours will give him up; he won two races from 16th on the grid last year. Alvaro Bautista (Team HRC) had his worst Superpole result of 2020 and will line up in 17th place.