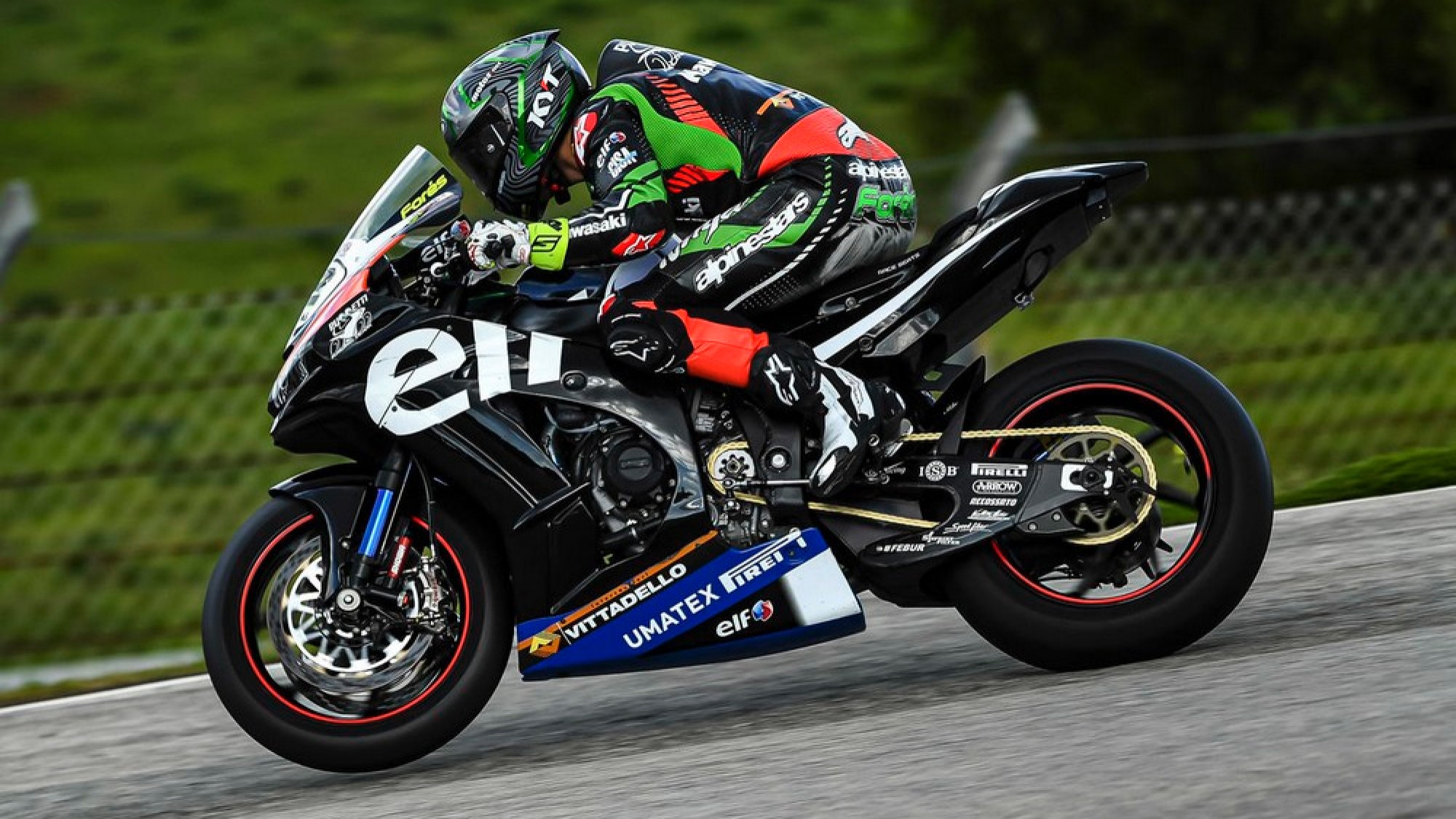 Xavi Fores, Lucas Mahias and Philipp Oettl will race at Misano as part of their preparations for WorldSBK and WorldSSP’s return

Three riders from within the MOTUL FIM Superbike World Championship paddock will get on their bikes in competitive action this weekend as WorldSBK competitor Xavi Fores and FIM Supersport World Championship duo Lucas Mahias and Philipp Oettl (all Kawasaki Puccetti Racing) compete in the Italian CIV championship at Misano in their respective classes.

German rider Oettl and 2017 WorldSSP Champion Mahias will compete on Kawasaki ZX-6R machines in the Supersport class but will run out of classification and not be eligible for points in the two-race weekend; despite the bike conforming to regulations. Fores will be onboard the Kawasaki ZX-10RR machine he competes on in WorldSBK.

With the number of people allowed into the circuit restricted to riders and staff members only, it gives Kawasaki Puccetti Racing crew a chance to work in the ‘new normal’ under race conditions while also allowing both team members and riders to get back up to speed following the enforced break. Each class will have two races at Misano across the weekend, meaning Oettl and Mahias will get to experience a similar format to WorldSSP’s new two-race format.

Spanish rider Fores, who has six WorldSBK podiums in his career, said: “The Misano race will be a great test as we return to action after the very long break. I can’t wait to get to work with my team and start from where we left off in Australia. This will be precious track time ahead of the Jerez round and I thank the FMI for allowing us to participate in one of the world’s most important national series.”

WorldSSP rookie Oettl said: “I cannot wait to race in the CIV and get back to work with my team. I’ve not stopped training and feel ready. During the break, I was able to train using a stock ZX-6R stock that Manuel Puccetti provided at various tracks and so I feel ready for these two races.”

Frenchman Mahias added: “I’m really pleased to be able to race again after so long. I’ve never competed in the CIV and don’t know my rivals, but I’m sure they’ll be battle-ready, also because they’ll be doing all they can to beat the world championship riders. I’ll do my best because team Puccetti started out in the CIV and so it will be important to Manuel that we put in a good performance.”

You can follow both WorldSSP and WorldSBK action across the 2020 season using the WorldSBK VideoPass!